Hoping for the best against Trump 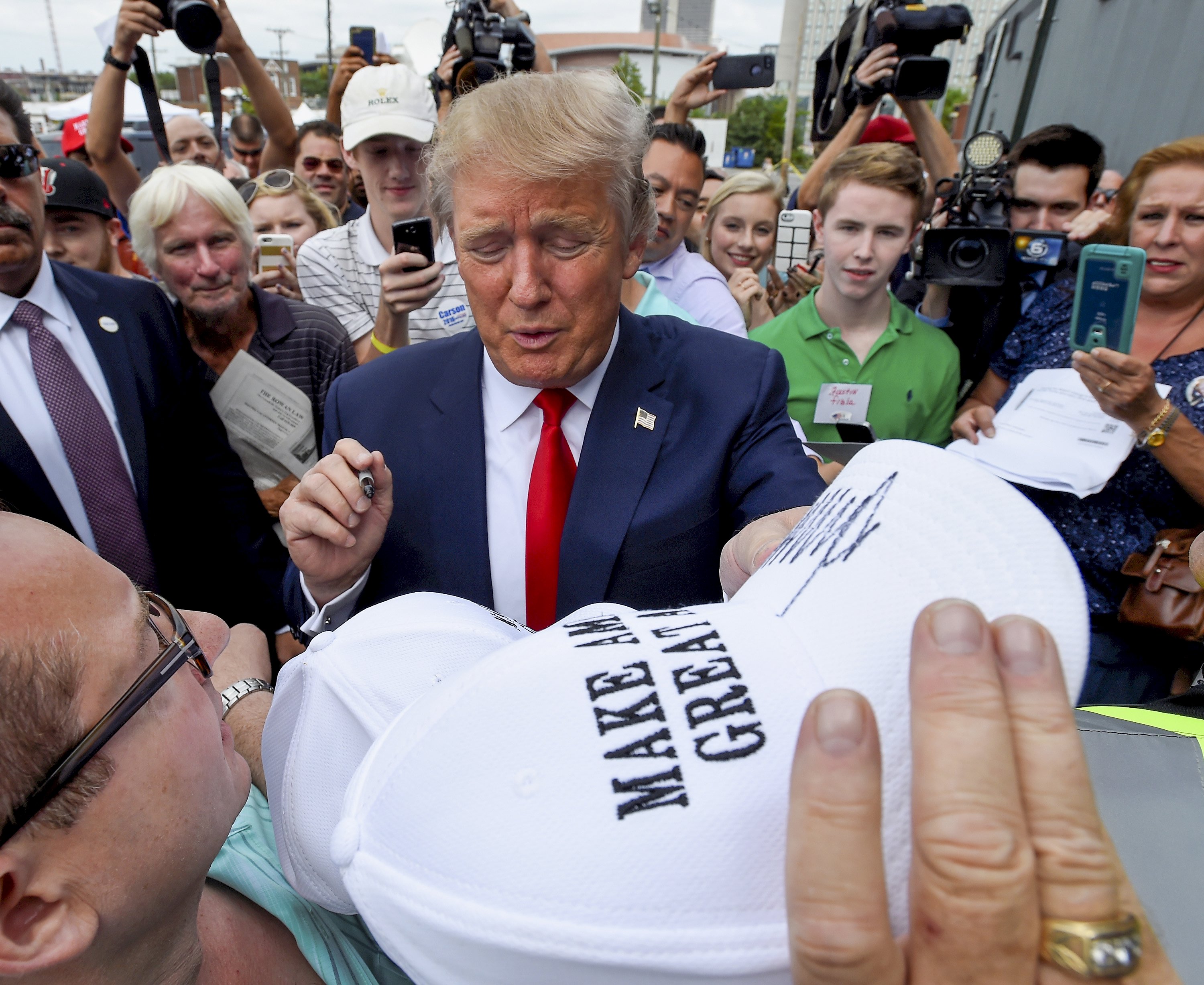 Is there any reason for liberals to feel optimistic after a year of political disasters? Is there even a shred of silver lining to be found in the tatters of Brexit, Donald Trump’s election, and European disunity? Christians believe that despair is a mortal sin, so one might as well try to find a glimmer of hope.
In the United States, many liberals console themselves with the belief that the obvious dangers of being governed by an ignorant, narcissistic, authoritarian loudmouth backed by billionaires, ex-generals, peddlers of malicious fake news, and neophytes with extreme views will help to galvanize a strong political opposition. Trump, it is hoped, will concentrate the minds of all who still believe in liberal democracy, be they left or even right of center.
In this scenario, civil-rights groups, NGOs, students, human-rights activists, Democratic members of Congress, and even some Republicans, will do everything in their power to push back against Trump's worst impulses. Long-dormant political activism will erupt into mass protest, with resurgent liberal idealism breaking the wave of right-wing populism. Well, perhaps.
Others seek comfort in the expectation that Trump’s wildly contradictory plans – lower taxes, while raising infrastructure spending; helping the neglected working class, while slashing welfare and repealing the Affordable Care Act – will suck his administration into a swamp of infighting, incoherence, and incompetence.
All these things might happen. But protest alone won’t be of much help. Anti-Trump demonstrations in big cities will no doubt annoy the self-loving new president, and the moral glow of joining the resistance will warm the protesters. But without real political organisation, mere protest will go the way of Occupy Wall Street in 2011; it will peter out into ineffectual gestures.
One of the most dangerous ideas of contemporary populism is that political parties are obsolete, and should be replaced by movements led by charismatic leaders who act as the voice of “the people.” By implication, all dissenters are enemies of the people. That way lies dictatorship.
Liberal democracy can be saved only if mainstream parties can regain voters’ trust. The Democratic Party must get its act together. “Feeling the Bern” (the mantra of Bernie Sanders’ leftist campaign) will not suffice to stop Trump from inflicting great harm to institutions that were carefully constructed more than two centuries ago to protect American democracy from demagogues like him.
The same thing is true of international arrangements and institutions, whose survival depends on the willingness to defend them. Trump has expressed his indifference to NATO, and US security commitments in East Asia. His election will further erode Pax Americana, already battered by a succession of foolish wars. Without the US guarantee to protect its democratic allies, institutions built after World War II to provide that protection would not survive for very long.
Perhaps there is a tiny ray of hope in this gloomy prospect. Europe and Japan, not to mention South Korea, have become too dependent on US military protection. The Japanese have fairly large armed forces, but are hampered by a pacifist constitution written by Americans in 1946. Europeans are completely unprepared to defend themselves, owing to inertia, complacency, and lassitude.
It is just possible that Trump’s blustering “America first” rhetoric will galvanize Europeans and East Asians into changing the status quo and doing more for their own security. Ideally, European countries should build an integrated defence force that would be less dependent on the US. And the countries of Southeast and East Asia could construct a Japanese-led variant of NATO to balance the domineering might of China.
But even if these arrangements came to pass (a huge if), it would not happen soon. Europeans are unwilling to pay higher taxes for their own defence. Germany has neither the wherewithal, nor the will to lead a military alliance. And most Asians, including many Japanese, would not trust Japan to lead such a coalition in Asia. The current Japanese government, under Prime Minister Shinzo Abe, would like to revise the pacifist constitution, as a necessary first step toward weaning the country off its total dependence on the US. But Abe’s revisionism is rooted in a nationalist ideology, which is prone to justifying historical atrocities instead of drawing lessons from them. This alone disqualifies Japan from leading others in a military pact.
So, while it might be time to rethink the world order built by the US on the ruins of WWII, the Trump presidency is unlikely to bring this about in a careful and orderly manner. His election is more like an earthquake, unleashing forces no one can control. Instead of encouraging the Japanese to think about collective security in a responsible way, Trump's indifference is more likely to play to the worst instincts of panicky Japanese nationalists.
Europe is in no shape to rise to the challenge of Pax Americana’s erosion, either. Without a greater sense of pan-national European solidarity, European institutions will soon become hollow, and perhaps even cease to exist. But this sense is precisely what the demagogues are now undermining with such conspicuous success.
If there is reason for confidence, it is not in the liberal democratic world, but in the capitals of its most powerful adversaries: Moscow and Beijing. Trump, at least in the short term, seems to be good news for Russian President Vladimir Putin and his Chinese counterpart Xi Jinping. Without credible American leadership, or a strong alliance of democracies, there won’t be much left to restrain Russian or Chinese ambitions.
This might not lead to catastrophe in the next few years. Russia and China are more likely to test the limits of their power slowly, bit by bit: Ukraine today, perhaps the Baltics tomorrow; the South China Sea islands now, Taiwan later. They will push, and push, until they push too far. Then anything may happen. Great powers often blunder into great wars. This is no reason for despair, as we begin the New Year, but no reason to be optimistic, either. - Project Syndicate