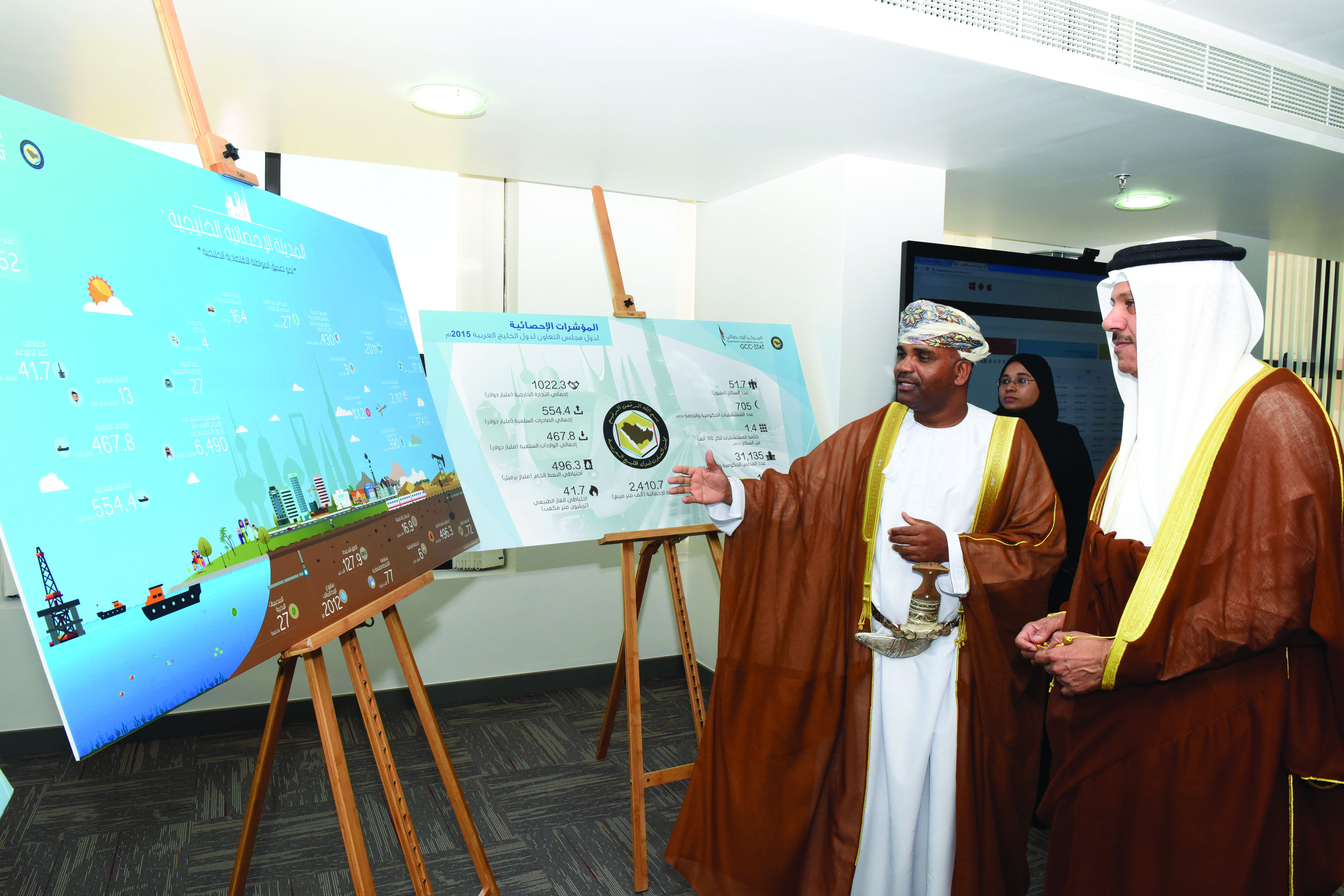 Muscat: Dr. Abdul Latif bin Rashid Al Zayani, GCC Secretary General declared December 24 each year as the GCC Statistics Day.
This date is based on the decision of the 41st session of the GCC Ministerial Council, which was held last November in Manama.
During the press conference, which was held at the GCC Statistical Centre (GCC Stat) in Muscat, Dr. Al Zayani said that proclaiming this day reflects the GCC leaders’ continuous interest in the statistical sector and their firm belief in the importance of statistical data in shaping GCC policies, decision-making and developing the comprehensive development plans that enhance growth and prosperity of the GCC countries.
He added that proclaiming this day is an important addition to the joint GCC action as it stresses the important strategic role played by the GCC statistical system in the sustainable development.
It also affirms the importance of statistics and data in decision-making and drafting GCC general policies. The GCC Secretary General thanked His Majesty Sultan Qaboos bin Said and the Omani government for hosting the GCC Stat meeting. He also praised the sincere efforts made by the GCC Stat’s staff and the vital role they play in enhancing the joint GCC work and activating integration in statistical data field.
He added that the GCC Stat develops programmes to support the national statistical efforts and follows up the progress made in the actual implementation of the resolutions taken by the GCC leaders. It also contributes to developing programmes and studies to assess the GCC Common Market and how far the GCC citizens benefited from the resolutions taken by the GCC leaders.
The GCC Stat has been also delegated by the GCC Supreme Authority for Economic and Development Affairs to transform the GCC into an economic unity and complete the formalities for the Gulf Custom Union and Gulf Common Market.
Dr. Al Zayani further said that the GCC Secretariat General will submit a follow up report to the GCC Ministerial Council next March, which will be raised in May 2017 to the GCC Leaders.
Sabir bin Said Al Harbi, Director General of the GCC Stat said that proclaiming the GCC Statistical Day comes in recognition of the great role played by statistics in developing and following up the GCC social and economic policies.
It also motivates statistics professionals to intensify their efforts especially the GCC states are to incorporate the objectives of the sustainable development into their national plans.