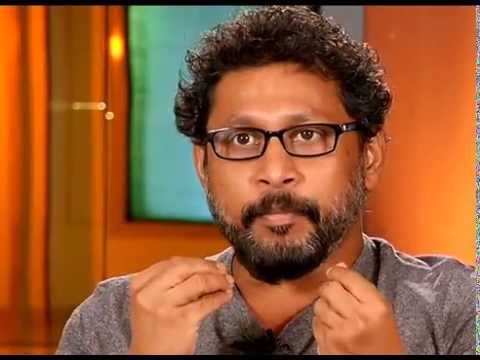 New Delhi: Gestating for nearly two decades, director Shoojit Sircar's dream project, a biopic on revolutionary Udham Singh, is finally set to become a reality.
Shoojit, who produced last year's most impactful film "Pink", says he wanted to make the movie on Udham Singh right after he shifted to Mumbai.
"I have been working on the story for 18-19 years now.
When I shifted to Mumbai, this was the first film that I wanted to make but something else would always come up. It is set in pre-Independence era, so it was a little difficult to plan," Shoojit told PTI in an interview.
The director says his visit to Jallianwala Bagh in the '90s triggered the idea about Udham Singh, who assassinated Michael O'Dwyer, the former Lieutenant Governor of the Punjab in British India in 1940, to avenge the 1919 massacre.
"In the '90s we had a group in Delhi called Act One which had me, Piyush Mishra and Ashish Vidyarthi. We used to sing songs of national harmony.
"During this time, Punjab was coming out of turmoil. I visited the Golden Temple and Jallianwala Bagh at that time.
When I went there and saw what actually happened there, that triggered me emotionally."
Shoojit, who has films like "Yahaan", "Vicky Dina", "Madras Cafe" and "Piku" to his credit, says Udham Singh is a forgotten hero.
"He was one of the prominent faces of the freedom movement but youngsters don't know much about this martyr. He is a forgotten hero. Through my film, I want the youngsters to know him."
Shoojit has already started work on the film but he is mum about casting.
The project on Udham Singh is not the only film that will keep the director busy in 2017 as he is collaborating with his "Piku" scriptwriter Juhi Chaturvedi for a love story.
"Juhi and I are working again after 'Vicky Donor' and 'Piku'. We share a very good rapport. It is a simple love story. There will be issues around it. We are currently working on it. We are producing with Ronnie Lahiri. I will direct both the films.
He is also one the producers of "Runningshaadi.com" and Shoojit says he is happy for the film, which has been directed by Amit Roy and stars Amit Sadh and Taapsee Pannu.
Talking about "Pink", which has been hailed as one of the strongest movies to come out of Bollywood on the issues that modern women face, Shoojit says they were careful in keeping the story's integrity intact.
"When you make a film like 'Pink', you are working on the edge. We were very careful about the integrity of the issue.
With 'Pink', we tried to address all the issues that women face. We decided to open up completely so that there is no debate left.
"Similarly, 'Vicky Donor' could have easily been slapstick but I knew that the topic we were dealing with was serious. So, we walked a thin line."