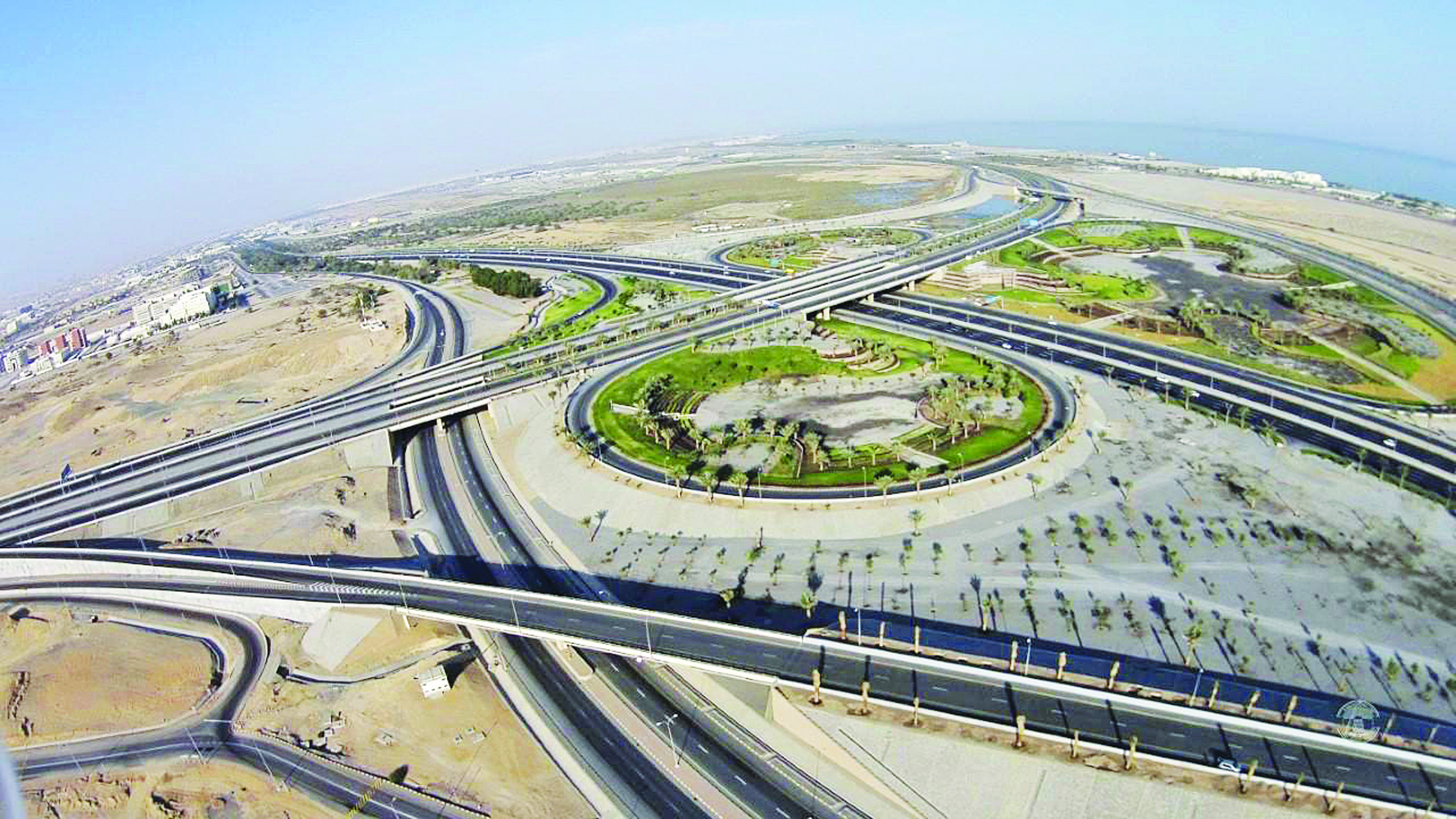 Muscat: In accordance with the highest engineering and traffic safety standards, the Muscat Municipality has completed the project to link the New Muscat International Airport with Muscat Expressway.
It will ease traffic along the Muscat Expressway and help it link with Ghala industrial area and other centres in Al Irfan area.
The link road to Ghala starts at Crossing No. 8 on Muscat Expressway and extends to the western part of Ghala industrial area, leading to Sultan Qaboos
Grand Mosque.
The project comprises a five kilometre-three-lane road on each side of the Muscat Expressway. The three lanes turn into a four–lane road at the crossings and flyovers towards the airport. It becomes a five–lane road as it exists the airport buildings towards the Expressway.
As part of the project, Muscat Municipality has established two crossings; the first crossing serves Ghala industrial area and the second was established at the Grand Mosque road to serve motorists moving towards the airport and Expressway. The project also comprises a flyover to serve traffic movement from the Grand Mosque road to Expressway without the need for driving under the flyover. This part of the road has been recently opened to traffic. The project also included construction of a number of service roads on both sides of the Grand Mosque road for a distance of three kilometres.
On the other hand, the Muscat Municipality has also competed the works of development and expanding of 18th November Street. It has been turned into a three- lane road on both sides from the traffic signal at Al Anwar Street to the crossing and to the exit at the airport. This is in addition to landscaping works and construction of a bridge in the area, the design of which has been inspired by the topography at Athaiba beach and the Wave project area.
The project also included construction of a drainage system for the surface rainwater.
The projects aims to ease traffic in Muscat in general and at Muscat International Airport area to meet the increasing number of passengers.