Experts in Oman welcome 10-day jail for littering while driving 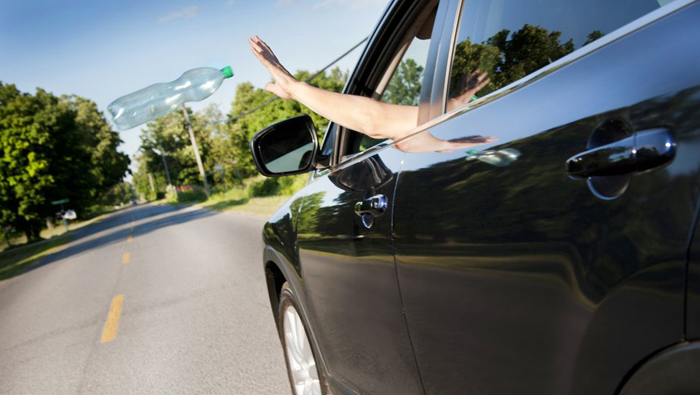 MUSCAT: Environment experts and general public have reacted positively to a law which says littering while driving can now land you in jail.
In a tweet on the public prosecution’s official Twitter handle, the authority has said that throwing litter, including cigarette butts, while driving is a crime punishable by law and the violator will be jailed for 10 days.
Article 40 of the newly amended Traffic Law states that anyone throwing out rubbish or anything else from inside a vehicle in a non-designated area,may face imprisonment for up to 10 days or a fine of up to OMR300.
In response to the tweet, Lameer Daar, Executive Director of the Environment Society of Oman (ESO), said, “The ESO believes that it is everyone’s responsibility to protect and conserve the environment. We believe that this is a positive step on the part of the authorities and will further enforce a social sense of responsibility towards the environment.”
Murtadha Al Lawati, Communications Officer at Oman Be’ah, said, “Littering is not just an environmental issue but also a social one, and having a legislation such as this will force people to take care of their environment. It is a good move towards the right direction.
“It’s a good sign that we have legislative laws against littering because this is a huge concern right now. A lot of trash is left behind after beach side parties and barbeque, and this is not right. People don’t realise the environmental impact of such actions. If a turtle ends up swallowing a plastic bag, it feels it’s full all the time and doesn’t eat and eventually starves to death.”
A resident in Oman said the laws have become strict and conceded he will be more careful now onwards.
“I usually don’t throw out trash while driving. I think it is a bad habit that some people have, but then, at times, I have friends in my car who tend to throw out small things. Now I will make sure it stops.”