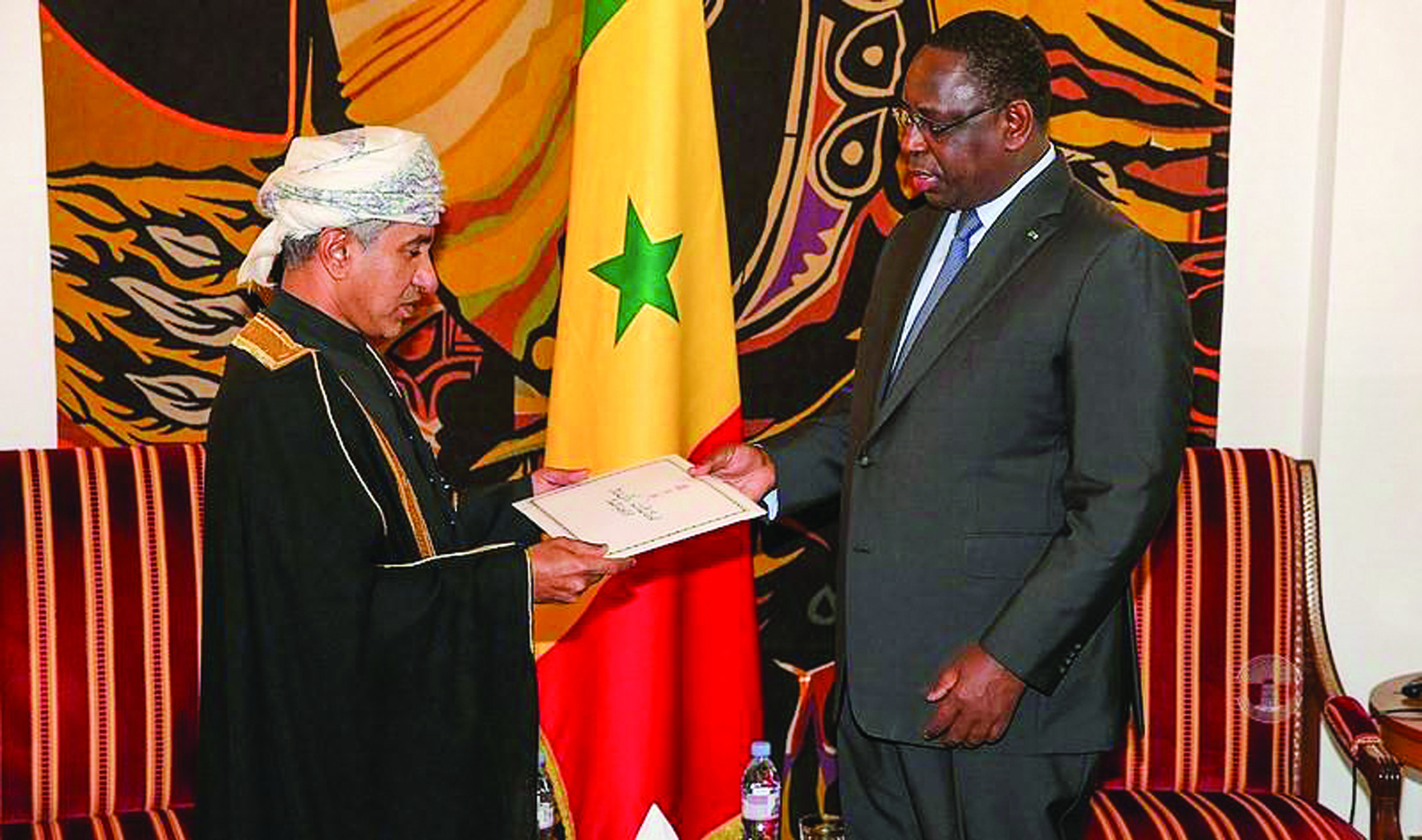 Dakar: President Macky Sall of Republic of Senegal yesterday received at the presidential palace in Dakar Abdullah bin Mohammed bin Sulaiman Al A’amri, who presented his credentials as the Sultanate’s plenipotentiary and accredited ambassador to Senegal.
During the meeting, the ambassador conveyed greetings and best wishes of His Majesty Sultan Qaboos bin Said to President Sall and the Senegalese people further progress. On his turn, the Senegalese President asked the ambassador to convey his greetings and best wishes to His Majesty the Sultan and the Omani people further progress and prosperity under the wise leadership of His Majesty, wishing him success in carrying out his duties and the Omani-Senegalese relations further progress.
The Omani ambassador also discussed with the president good bilateral relations between the two countries and means of enhancing them. The credentials presentation ceremony was attended by Mankeur Ndiaye, Minister for Foreign Affairs and Senegalese Abroad, Brono. D, Head of the Presidential Protocol Department and members of the Sultanate’s Embassy in Senegal.