Muscat Parent: Seven-year-old Lachlan overcoming autism is an inspiration for us all 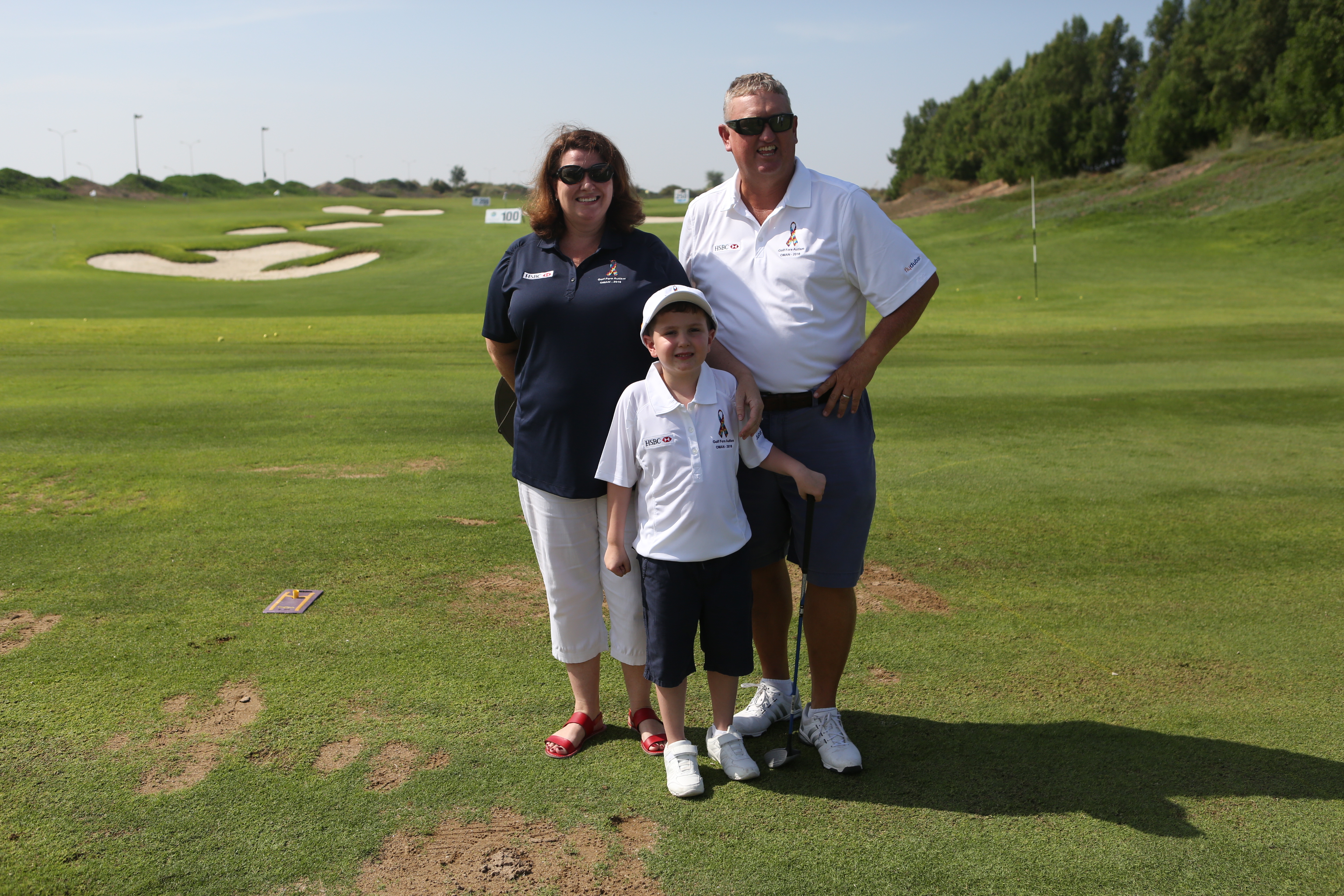 “Can I have some ice, mum?” seven-year-old Lachlan asked his mother Kylie after he’d finished his Coke.

I watched as the waiter returned and set a glass of ice down in front of him.

“What do you say, Lachlan,” asked Kylie, as he began crunching on the cubes in front of him. “Thank you,” he said to the departing server.

A fondness for ice, odd as it may seem to some, is a result of Lachlan’s Sensory Processing Disorder, which is on the Autism Spectrum. And this habit is perhaps the most benign of the heart-wrenching challenges he has had to face.

“He doesn’t know how to control his senses,” explained his father, Steve Johnson, the Golf Superintendent at Al Mouj Golf. “If you are walking down a dark alley and are startled by a cat, you might get scared, but you will realise what it is and calm down, but he doesn’t have the facility to calm down.”

“We had to take him away from his own birthday party because he could not bear to hear the sound of the other children singing ‘Happy Birthday’ to him,” recalled Kylie. “His ears could not take the sound, and he would start screaming every time that happened.”

Lachlan’s challenges became apparent only after the couple had moved to Oman, making the situation more difficult to navigate.

“We had him enrolled in pre-school here, and then we realised that he wasn’t progressing as fast as his peers,” Kylie said. “Then, when we tried to get him enrolled in the local schools, they did not have the facilities (at the time), so we had to home-school him. It was really hard to do, because we were expatriates and weren’t allowed to hire anyone full time to look after him.”

Fortunately for families in Oman struggling with an autistic family member, help arrived in the form of the Association of Early Intervention for Children with Disabilities. “If you have a child with a disability, the entire family needs to work together and support each other,” explained Sabah Al Bahlani, the head of the association.

His mother and father have done their best to create a normal, safe environment for their son. “He perceives senses differently to us,” Steve continued. “He loves his food cold, which is why he loves eating so much ice. To you and me, ice is not something you would snack on, but his brain does not register that ice is cold.”

“Whenever we go into a restaurant, we’ll call ahead and tell them what Lachlan wants or we’ll order for him first so that they can put it into a freezer and then we’ll order our meals so that we can eat together,” Kylie explained.

Sabah Al Bahlani is glad to see families like Lachlan’s, but worries that often they are the exception rather than the norm as many families still feel the sting of social stigma over disabilities. “This is changing in Oman, and especially younger parents are coming forward with their children for help, but there is still a stigma in our society.” She feels that creating a culture of tolerance for those with disabilities needs to start early. “Children and teachers in school need to be educated about children with disabilities to understand their limits so that they can learn to work with them.”

To give back to the community and help other families, three years ago the Johnsons began a programme in collaboration with Al Mouj Golf to raise funds for autism awareness in the region. Titled ‘Golf Fore Autism’, last November the event raised OMR14,000 to combat autism in the Sultanate.

“Lachlan has his own challenges, but he is doing so much better now,” said Steve. “Those who have autism can live a life like any other, and what we would like for him in the future is for him to contribute to society and pay his taxes.”
Lachlan is now enrolled in a school that has been specially created for those who suffer from conditions very similar to his, and not only is he doing well, but he is ahead of his peers.

As I bid adieu to his parents Lachlan jumped up and high-fived me, grinning with childish energy and positivity.