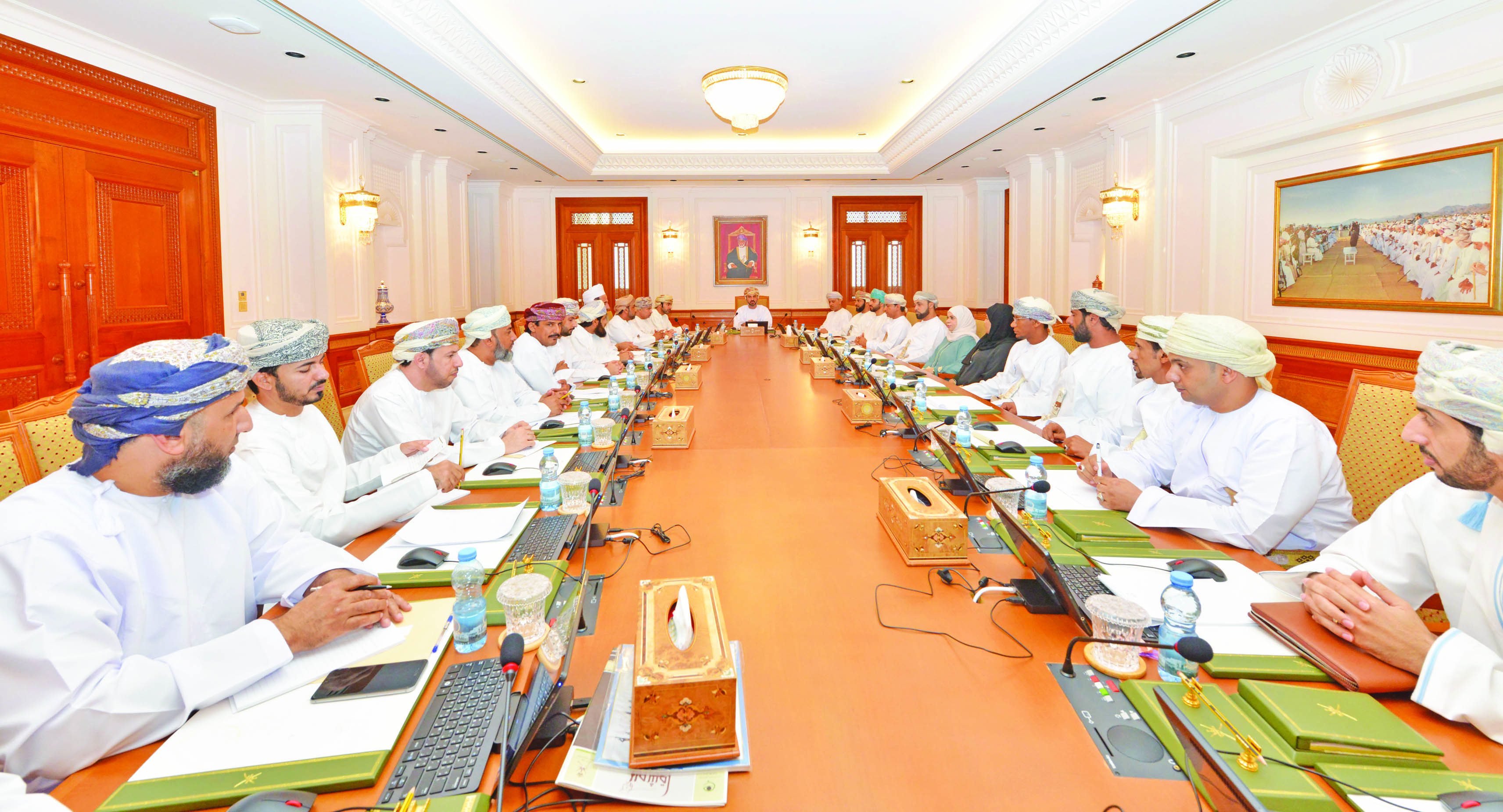 Muscat: A number of labour issues related to workers at the private sector, the Labour Law and the Social Insurance Law was discussed by Majlis Al Shura with the chairman and members of General Federation of Oman Trade Unions
They also discussed the layoffs by some oil companies that have contracts, as well as other issues related to job seekers.
Khalid bin Hilal Al Maawali, Chairman of Majlis Al Shura, reaffirmed the role of the Sultanate’s General Trade Union in protecting the rights of workers.
He expressed the support of the Majlis Al Shura for the rights of the Sultanate’s workers. Everyone is awaiting the completion of draft of the Labour Law and its referral to the Council of Oman, he said.
On the other hand, Nabhan Al Battashi, chairman of the Sultanate’s General Trade Union said that the Union has presented over 41 observations on the draft of the Labour Law and held eight meetings with the ILO, eight sessions with OCCI and four meetings with the Minister of Manpower. A committee was formed to set the terms of reference, he added.
On the sidelines of the meeting, the office reviewed the letter of the head of the Economic and Financial Committee on the Committees report on studying the hindrances facing the private sector and the incentives required to increase its contribution to the GDP.
The meeting discussed the inquiry submitted to the Minister of Education about students affiliated to Omar bin Al Khattab Institute for the Blind.
The office also reviewed the reply of the Minister of Higher Education on the requests by 19 Omani holders of master degrees including 8 graduates of the national post graduate programme.
The reply indicated that the experience requirement is made by the employers.
As for the English language proficiency requirement in the academic job, the reply said that language proficiency is one of the basic requirements that help academic staff present their subjects in a professional manner.
Majlis Al Shura’s Committee on Education and Scientific Research held its 4th meeting of the 2nd annual sitting (2016/2017), headed by Khalid bin Yahya Al Farie, Head of the Committee.
The committee hosted Mohammed bin Shamis Al Rawahi, Head of Labour Union for the Education Sector and some of the union’s officials to discuss a number of issues related to public and private education in the Sultanate, especially the workers in the private education sector. A presentation was shown in the meeting about the union.
Food, water security
Majlis Al Shura Food and Water Security Committee held its 2nd regular meeting of the 2nd annual sitting (2016/2017), chaired by Hilal bin Said Al Yahyaie, Head of the Committee.
The meeting considered a number of topics related to food and water security in the Sultanate. It also reviewed the request by the members of the committee on “Legalising the Export of Green Fodder outside the Omani Border.”