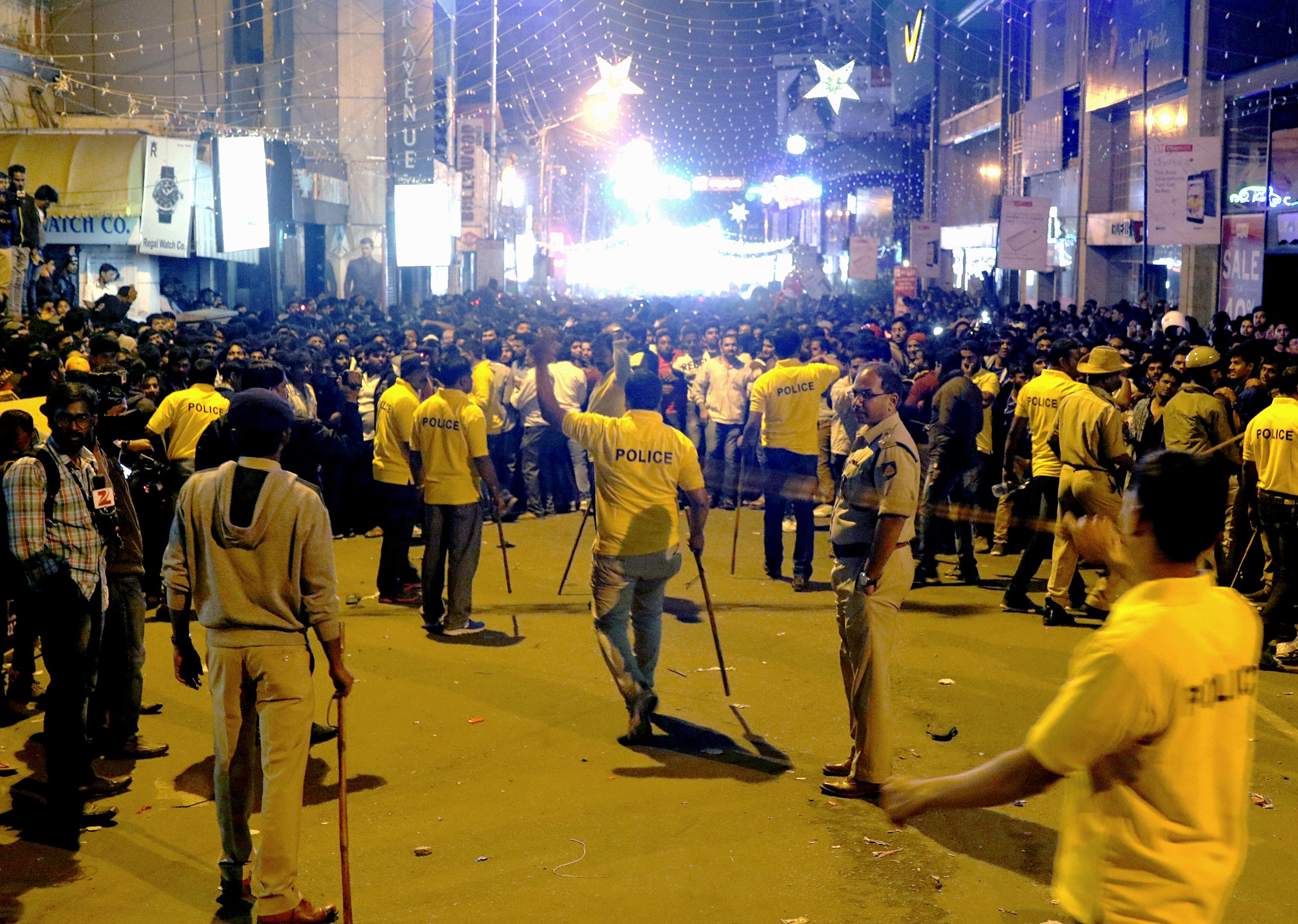 Bengaluru: Reports of physical assaults on women revellers at New Year's Eve celebrations in India's southern information technology hub of Bengaluru have spurred women's rights activists to demand that police investigate.
The attacks, reminiscent of those blamed on migrants in German cities last year, shocked many Indians, since Bengaluru, home to many well-educated professionals, is regarded as safer for women than the capital, New Delhi.
Several women were groped and assaulted by a mob in the city's central business district on December 31 as they celebrated, according to a Reuters witness and a report in the Bangalore Mirror newspaper. "I saw groups of boys deliberately falling over girls," said the Reuters witness, who was in the area with his family, as he described the screams and attempts of some women to push men away.
Crimes against women are common in India, where the National Crime Record Bureau says more than 34,000 rapes were reported in all in 2015, although women sometimes do not report assaults for fear of the associated social stigma. Authorities face criticism for not doing enough to tackle a weak system of law enforcement and policing that leaves women vulnerable.
"The image of the city has been tarnished," said Mathews Philip, an executive director for Human Rights Education and Monitoring. Police have said they are looking at surveillance footage but had not received any complaints of sexual assault.
The Karnataka State Commission for Women on Tuesday said it had asked the city's police commissioner for a detailed report, although it, too, said it not received any complaints. Bangalore Police Commissioner Praveen Sood could not be reached for comment.
Police would investigate "if we are given coordinates of any lady molested," he said on social network Twitter earlier on Tuesday.
Every year, hundreds of people flock to pubs and restaurants in Bengaluru's M.G. Road and Brigade Road to ring in the New Year, with traffic barred for the celebrations, which turned chaotic this time, witnesses said.
"Many girls were molested, abused or groped," said Anantha Subramanyam, chief photographer of the Bangalore Mirror, who took photographs that were published in the newspaper. He took pictures of women fleeing without their shoes, begging for help and weeping, he added.