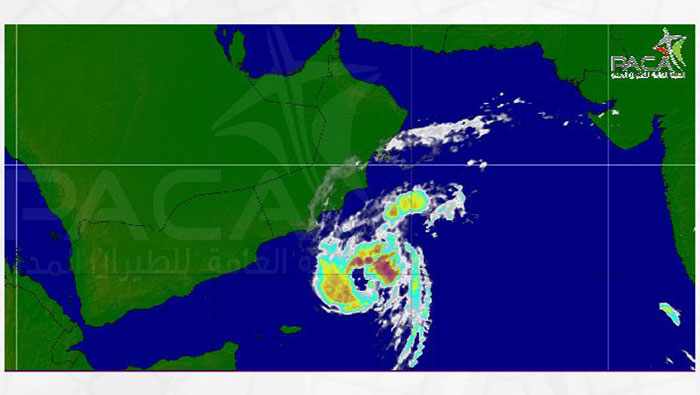 Muscat: Cyclone Luban was downgraded from a Category 1 Cyclone to a 'tropical storm' by the Public Authority for Civil Aviation's official meteorology department.
A report from the met department added that the storm's centre was 450 kilometers away from the Salalah coast, with wind speeds dropping. However, the report also said that the storm could strengthen again into a Category 1 Cyclone within 12 hours.
In the latest storm update, wind speeds at the centre of the storm were 60-55 knots, with the nearest convective cloud bands 170 kilometers from the coast.