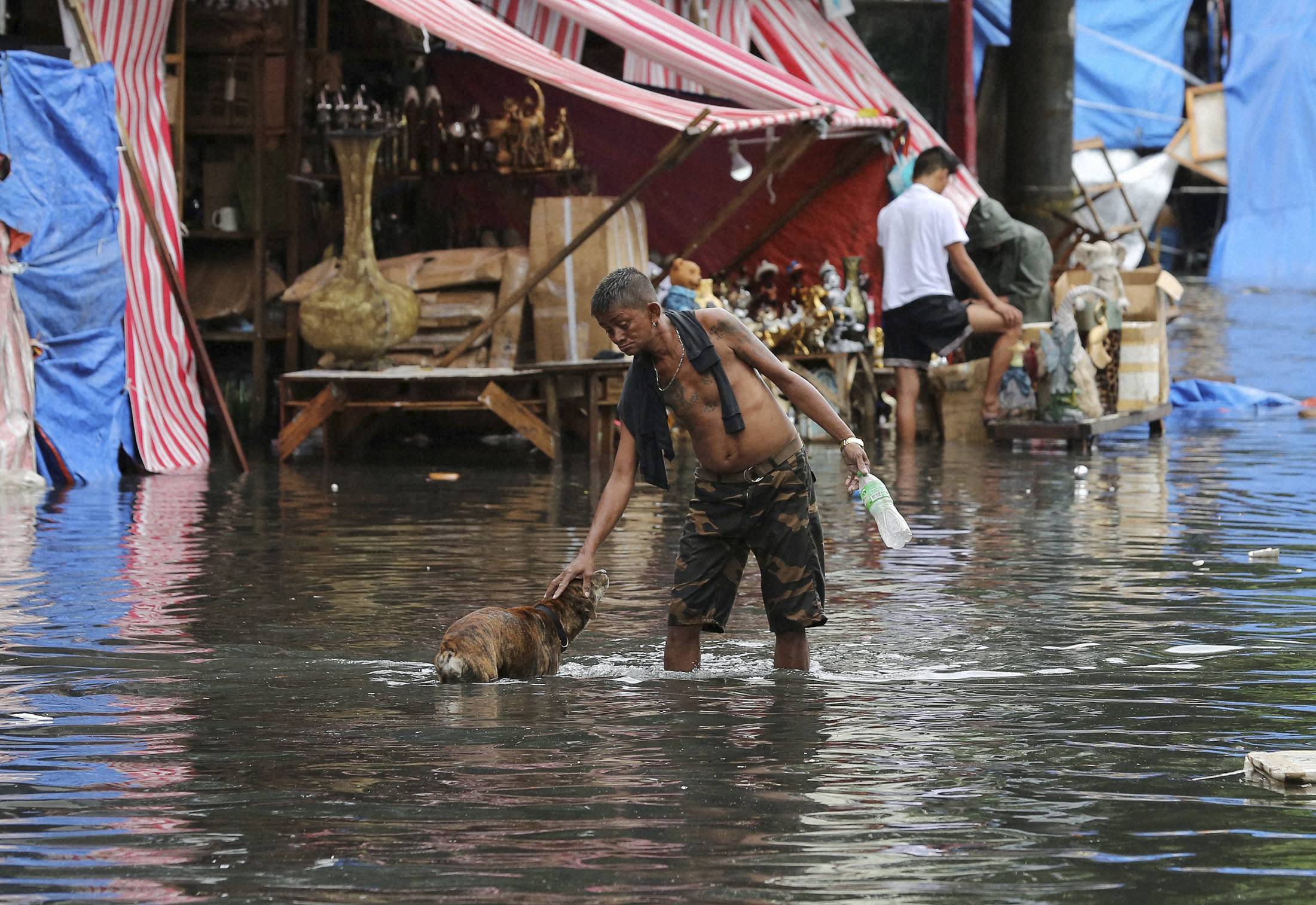 Manila: A typhoon weakened as it cut across the Philippines on Monday after bringing down trees and power lines, and authorities warned of flash floods and mudslides although casualties were few with police reporting only two deaths.
Typhoon Nock-ten's wind speed eased to 130 kph (80 mph) as it headed west towards the South China Sea, passing through provinces south of the capital Manila at a speed of 20 kph.
Land, sea and air transport slowly resumed operations, but the weather bureau said stormy weather would affect parts of the country for another 36 hours or so, until the storm moved away towards southern Vietnam. Energy Minister Alfonso Cusi promised that power would be restored quickly in badly hit Camarines and Albay provinces.
"We've prepared for it and we are currently on the ground to assess the damage and quickly restore compromised energy facilities," he said. The Philippines is one of the world's worst-affected countries when it comes to typhoons, with an average of 20 a year passing or hitting the archipelago of more than 7,000 islands.
More than 300,000 people in the predominantly Christian country spent Christmas in shelters after authorities moved them to safety on higher ground, said Mina Narasigan, spokeswoman for the national disaster agency. Police reported two deaths, in Camarines and Quezon provinces, while the coastguard was investigating reports that a small ferry had been swamped by giant waves.
Radio DZBB reported a boy was killed in Quezon province when he was pinned down by a coconut tree and another girl injured in Camarines Sur when a house collapsed. The reports could not be immediately verified. Emergency workers were mobilised to clear roads of debris, like fallen trees and power lines in the coconut-growing region, with some central areas plunged into darkness.
The weather bureau said the typhoon made its eighth and last landfall at 1 p.m. on Lubang island after first arriving in Catanduanes province late on Sunday.