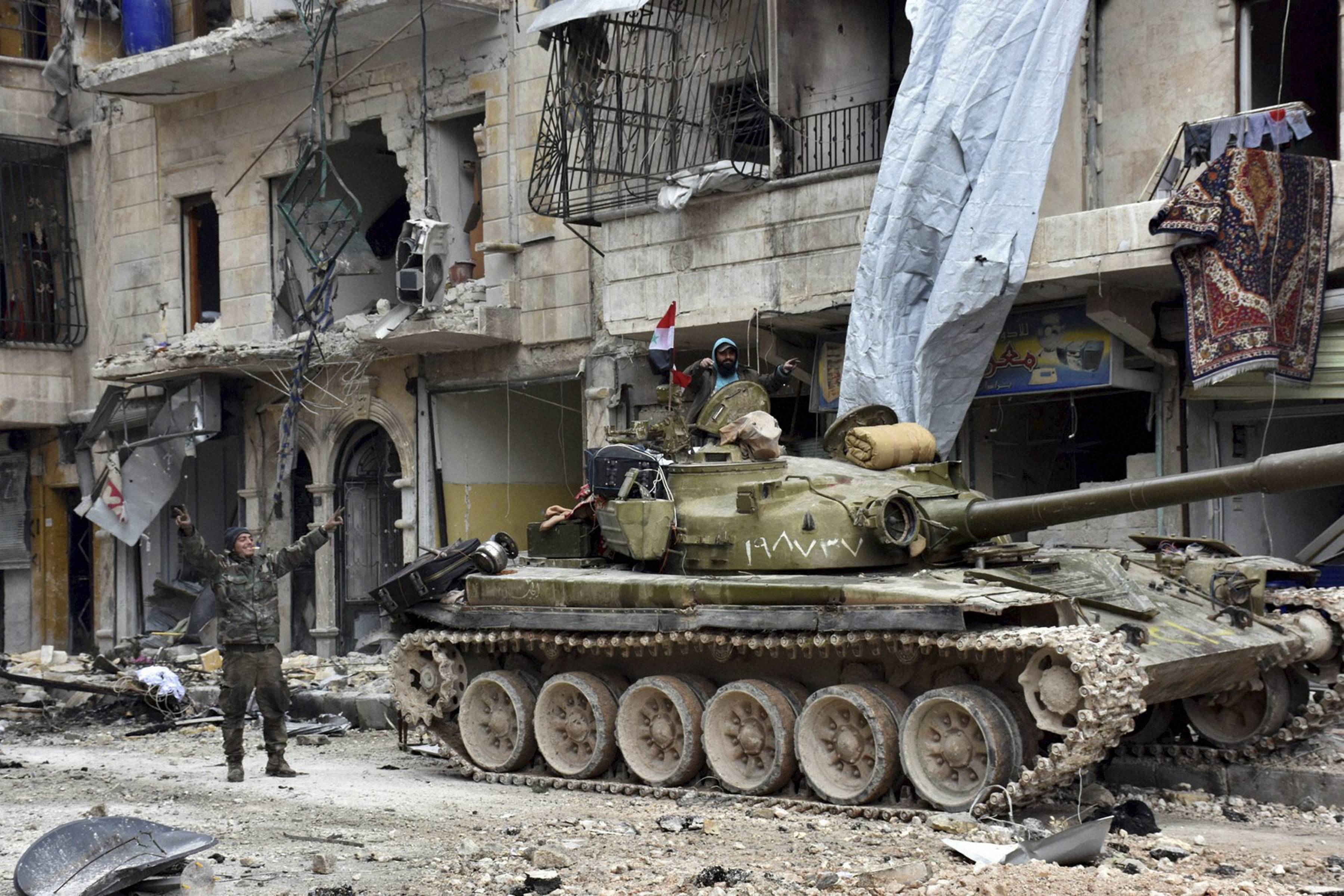 Aleppo: Syrian rebels shelled Aleppo and air strikes resumed around the city on Friday as Syrian President Bashar al-Assad and his allies said the insurgents' withdrawal from the city could pave the way towards a political solution for the country.
A day after the last rebels left their remaining pocket of territory in the city, the Syrian Observatory for Human Rights - a war monitor based in Britain - said about 10 shells fell in its southwestern al-Hamdaniya district.
The Observatory said six people, including two children, were killed. State television said at least three people died. Insurgents seeking to oust Assad have shelled government controlled areas of Aleppo throughout the conflict, which began in 2011. The destruction in those parts of the city has been far less than in eastern districts rebels held until this month.
Air strikes resumed in rebel-held areas of the countryside near Aleppo on Friday for the first time since the end of the evacuation operation. Strikes hit to the west, south-west and south of the city, areas which had not been hit for at least a week. The Britain-based Observatory had no information on casualties yet. After months of bombardment and a final few weeks of intense air strikes and Syrian army advances on the besieged, rebel-held part of Aleppo, a local ceasefire was reached on Dec. 15 which allowed thousand of civilians and then fighters to leave. The last left the city late on Thursday for countryside immediately to the west.
The International Committee of the Red Cross said about 35,000 people, mostly civilians, had departed. Many of those who left are living as refugees in the areas to the west and south of Aleppo, including in Idlib province where bulldozers were used to clear heavy snowfall on Friday morning, the opposition Orient television showed.
On Friday, the army and its allies, including Lebanese group Hezbollah, searched districts abandoned by the rebels, to clear them of mines and other dangers, the Observatory reported. State television showed empty streets lined with apartment blocks smashed by air strikes in the al-Ansari district.
In the capital Damascus, the water authority has been forced to cut supplies coming into the Syrian capital for a few days and use reserves instead after rebels polluted the water with diesel, it said on Friday. The al-Fija spring which supplies Damascus with water is in the rebel-held Wadi Barada valley northwest of the capital in a mountainous area near the Lebanese border. The government controls much of the surrounding territory and on Friday carried out aerial attacks and shelled the rebel-held area, the Syrian Observatory for Human Rights said. A military news outlet run by Hezbollah said the rebels in the valley had refused to leave the area and the Syrian Arab Army began an offensive against them on Friday morning. Through a series of so-called settlement agreements and army offensives, the Syrian government, backed by Russian air power and Iran-backed militias, has been steadily suppressing armed opposition around the capital.