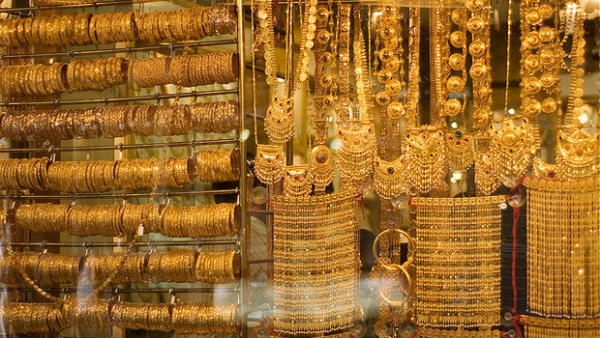 New York: Gold headed for its longest run of losses in more than a year as expectations of a faster U.S. interest rate tightening cycle spur investors to sell holdings in funds backed by the metal.
Prices are set for a seventh weekly decline, the longest stretch since August 2015, after the U.S. Federal Reserve indicated it may raise interest rates three times in 2017.
Holdings in exchange-traded funds backed by bullion fell a 30th day as investors abandoned the metal which suffers in a higher-yield environment. It was an erratic year for gold, with the biggest first-half rally in four decades giving way to a retreat as focus shifted from political uncertainty on the Brexit vote to U.S. monetary policy.
Holdings in ETFs have shrunk continuously since the day after Hillary Clinton conceded the presidential election to Donald Trump. The Fed last week increased interest rates by 25 basis points. "It looks like 2016 is ending on a low note for the gold market,” Jens Pedersen, a Danske Bank A/S analyst in Copenhagen, said by phone.
"The hawkish rhetoric out of the Fed has been very important in setting sentiment in the gold market, but things may well change on the other side of New Year.” Gold for immediate delivery, down 0.4 percent this week, traded little changed on Friday at $1,130.82 an ounce at 10:40 a.m. in London, according to Bloomberg generic pricing.
Holdings in ETFs are down 3.9 tons at 1,779 tons, extending the longest run of declines since September 2004. In other precious metals: Silver was little changed at $15.8143 an ounce. Platinum rose 0.3 percent to $907.85 an ounce.