Hijacked Libyan plane lands in Malta with 118 on board 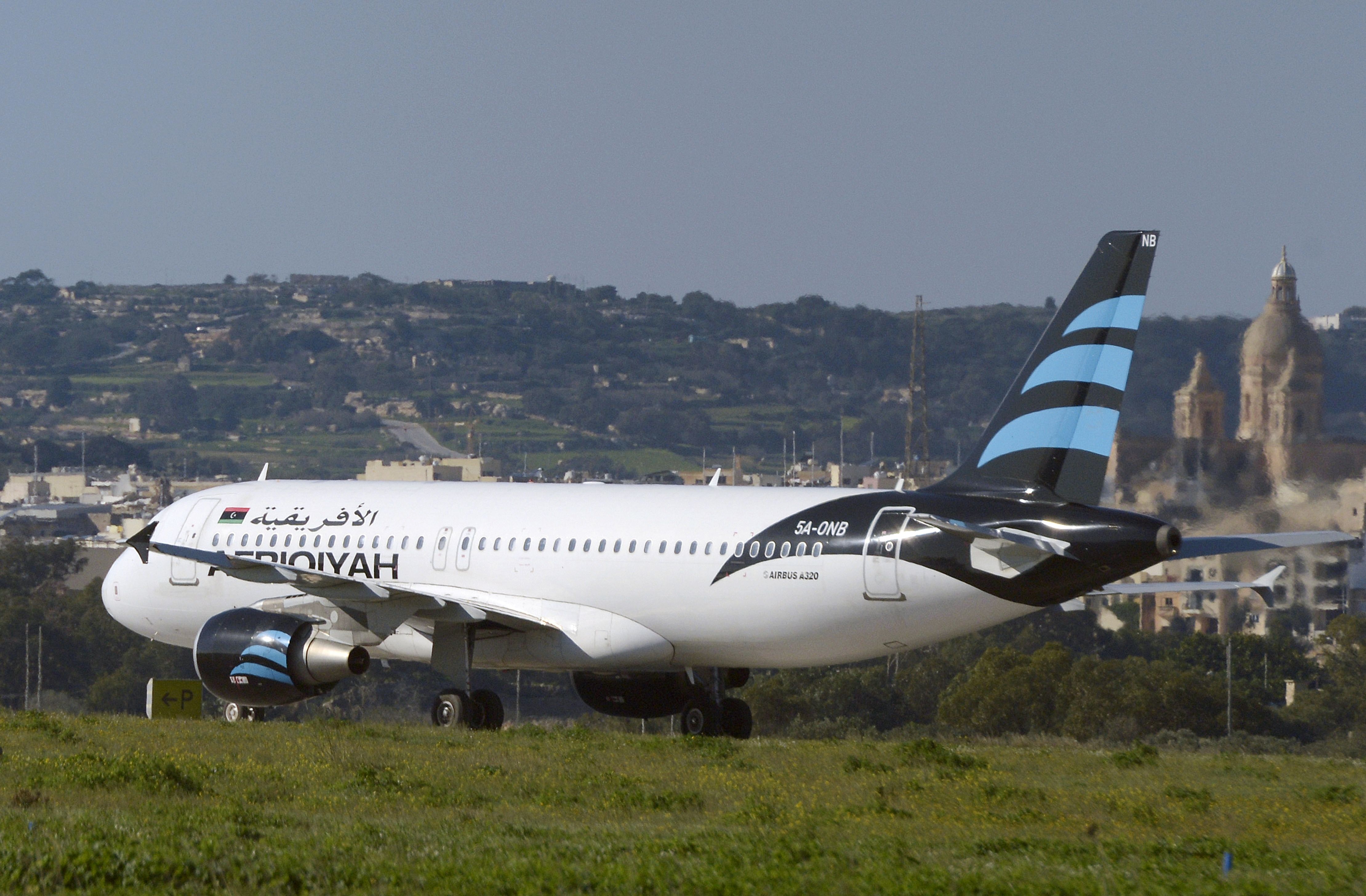 Valleta: An airliner on an internal flight in Libya was hijacked by a man claiming to have a hand grenade on Friday and diverted to Malta, where it landed with 118 people on board.
The hijacker told crew he was "pro-Gaddafi" and that he was willing to let all 111 passengers leave the Airbus A320, but not its seven crew, if his demands were met, the Times of Malta said. It was unclear what the demands were.
Some media reports said there was more than one hijacker. Former Libyan leader Muammar Gaddafi was killed in an uprising in 2011, and the country has been racked by factional violence since. Troops took up positions a few hundred metres (yards) from the plane as it stood on the tarmac and no one was seen boarding or leaving it. The aircraft's engines were still running 45 minutes after it landed late in the morning, the Times of Malta said.
Some other flights at Malta International Airport were cancelled or diverted, it said. A senior Libyan security official told Reuters that when the plane was still in flight on Friday morning the pilot told the control tower at Tripoli's Mitiga airport it had been hijacked.
"The pilot reported to the control tower in Tripoli that they were being hijacked, then they lost communication with him," the official said, speaking on condition of anonymity.
"The pilot tried very hard to have them land at the correct destination but they refused." Large numbers of security officials could be seen at Mitiga airport after news of the hijacking. The aircraft had been flying from Sebha in southwest Libya to Tripoli for state-owned Afriqiyah Airways, a route that would usually take a little over two hours.
The tiny Mediterranean island of Malta, a European Union member, is about 500 km (300 miles) north of Tripoli. Maltese Prime Minister Joseph Muscat tweeted: "Informed of potential hijack situation of a #Libya internal flight diverted to #Malta. Security and emergency operations standing by -JM". The last major hijacking in Malta was in 1985, when Palestinians took over an Egyptair plane. Egyptian commandos stormed the aircraft and dozens of people were killed.