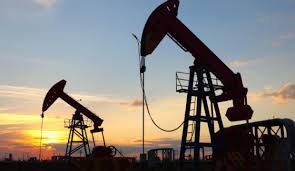 Muscat: Oman’s crude rose by more than a dollar amid a weakening dollar and delay in Libyan oil output as confidence in compliance of Organisation of the Petroleum Exporting Countries (OPEC) deal grew stronger.
Omani crude oil futures, to be delivered in February, grew by 2.4 per cent to $53.24 on Monday due to expectations of tighter crude oil supply going into 2017.
The prices mirror gains made by international crude oil benchmark, the Brent crude and West Texas Intermediate, which grew by 26 cents to reach $55.47 and by 30 cents to reach $52.20, respectively.
Although, there has been a significant rise in the price of Oman crude, it remains nearly 3 per cent less than last week, post-OPEC announcement to choke oil production.
In a direct response to the OPEC deal with independent producers to cut 1.8 million barrels a day, Omani crude prices soared by more than 5 per cent on December 11.
However, the decision of the US Federal Reserve to raise interest rates poured cold water on the oil rally on December 14, cancelling gains made earlier that week.
According to analysts, prices will continue to rise with US bank Goldman Sachs updating its oil price forecast for 2017 to $57.50 for WTI from $55, on account of high compliance expectation from the OPEC deal in Vienna and low oil production in the US.
Allison Holland, IMF mission chief in Oman, said the OPEC deal would help reduce excess supply in the market, and has already resulted in a significant increase in oil prices which could boost revenue for Oman.
“If the oil price increase is sustained, it should result in higher oil revenues for Oman despite the cuts agreed to in production. This will boost Oman’s export and government fiscal revenues and help support the implementation of the government’s economic policy agenda, including the associated public investment programme,” she said.