Would love to play Krishna: Aamir 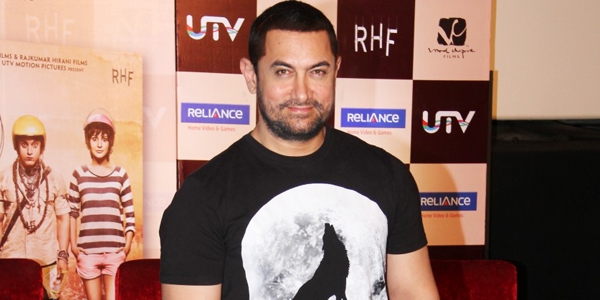 Hyderabad, India: Bollywood actor Aamir Khan, who is known for his portrayal of a wide range of characters on screen, on Sunday said that he would love to play the role of Hindu icon "Krishna".
If a film is being made on the epic Mahabharat, I would like to play the role of Krishna, he told reporters.
The actor was replying to a query on ace Telugu director S S Rajamouli of "Baahubali" fame reportedly planning to make a film on Mahabharat.
The 51-year-old actor, who is selective about his work and usually dedicates a considerable amount of time for a particular role, said that his next movie would be released in about eight months.
"They say that your film comes after two years or three years. I thought I must address that complaint. So, within eight months you will see my next film," he said.
Aamir, meanwhile, is out with his latest film "Dangal", which is set to hit the theatres on December 23. He essays the role of Mahavir Singh Phogat in the film, directed by Nitesh Tiwari.
"Dangal" has been declared tax-free in Uttar Pradesh. Aamir said the distribution team of Disney has applied for tax exemption in all the states so that maximum people watch the movie.
The message in the film (Dangal) is that there is no difference between a girl and a boy, he said.
Aamir said his look for his next movie "Thugs of Hindustan" has not been finalised yet, but he was growing his beard and hair in the meantime.
On allegations that he used substances for losing and gaining weight for "Dangal", he said, "I have not used any substances. I think that the good rate to lose weight is roughly one pound a week. If you want to lose weight little faster, then you have more of a calorie deficit."
"So, if you have calorie deficit of 500 calories a day, you lose one pound a week. If you have the calorie deficit of 1,000 calories a day, you lose two pounds a week. That is considered to be on the higher side.
"When I started the weight loss process, I was doing double of that. Four pounds a week, I was losing for the first three weeks. Then I brought it down to two pounds a week. So, I had 20 weeks to do that. If you do the math, you will understand that is how I got there. Immediately after 'PK', I was in the weight training mode for two years," he clarified.
Aamir said he would like to work with south Indian stars like Rajinikanth, Chiranjeevi and Pawan Kalyan, adding that he was open to do a south Indian film, if the right script came his way.