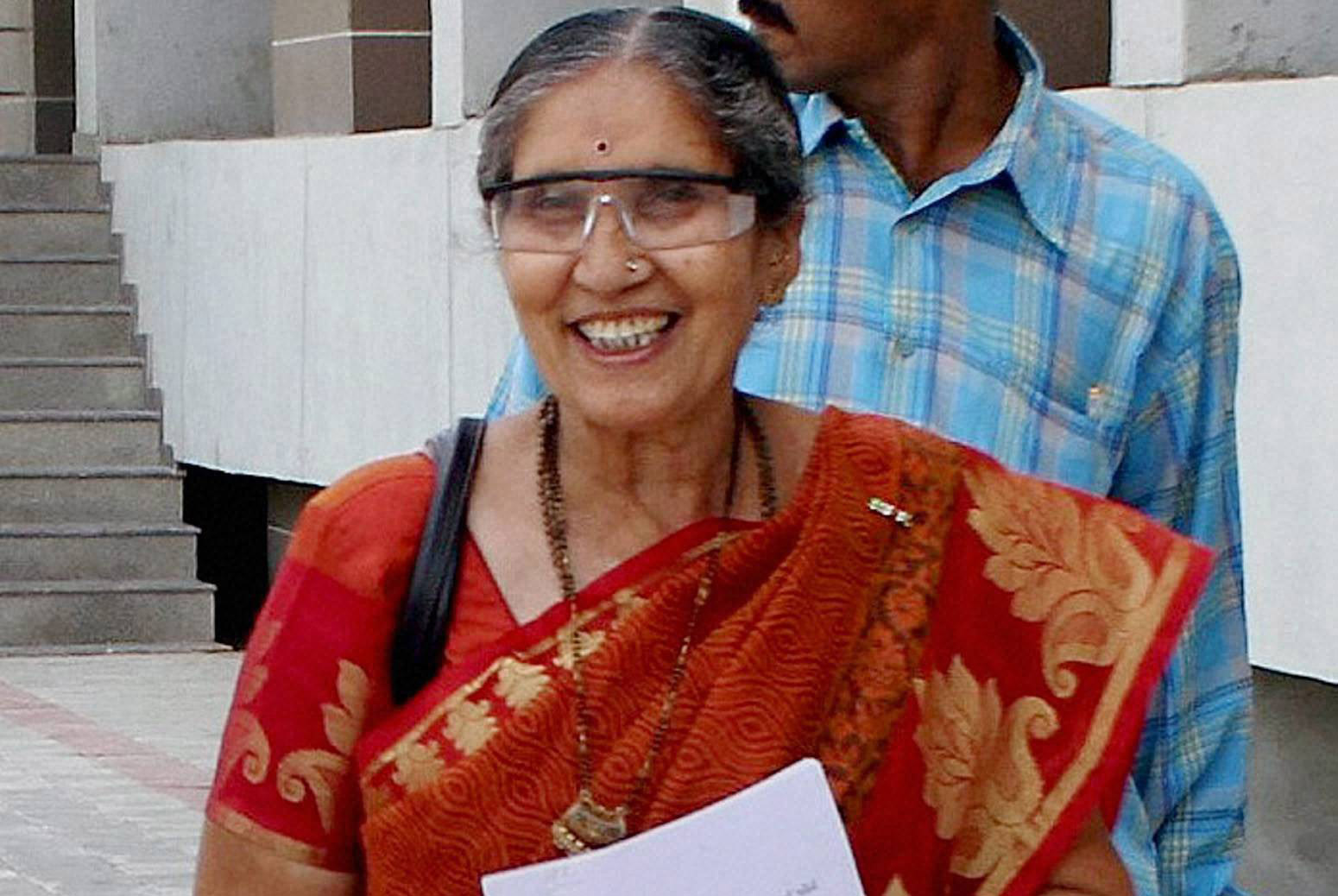 Kota (Rajasthan): Prime Minister Narendra Modi's wife Jashodaben on Sunday appreciated the demonetisation move, saying it will curb "both corruption and black money", and hoped the central government will continue to work for the country's progress and development.
"The decision by the Union government to demonetise old Rs500 and Rs1,000 notes will curb both corruption and black money in the country. The move will bring back black money stashed abroad," she said. Jashodaben was here in Rajasthan to attend a function as the chief guest. When asked to comment on Modi-led government's performance, she appreciated the work done so far and hoped it will continue to work for the progress and development of the nation and welfare of the people.