Car seats for children should be made law, say experts in Oman 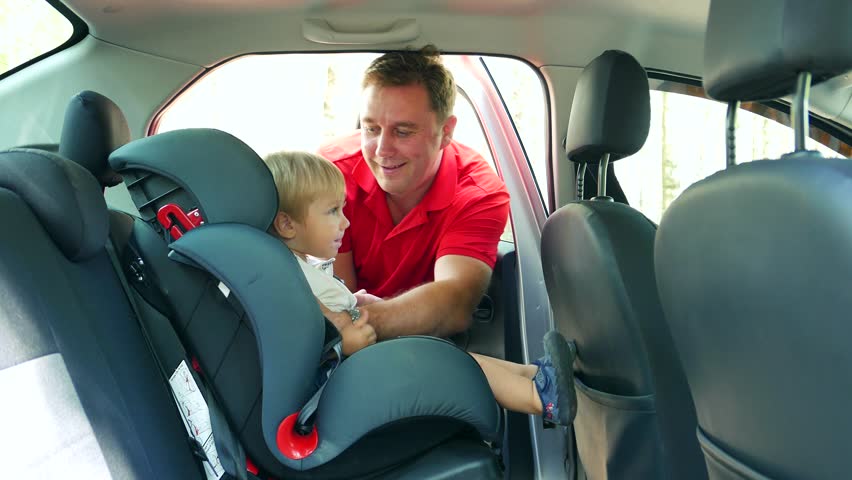 Muscat: New traffic regulations are required that will outlaw children travelling unrestrained in cars, according to legal and road safety experts.
Oman’s legal experts and road safety campaigners have been raising awareness on the issue in recent months.
Currently the Oman Penal Code outlaws endangerment of children but there is nothing specific in the country’s traffic laws on the issue. Assistant Attorney General Nasser Al Riyami said: “The traffic law needs a similar article to the penal code article 217.
“Any person allowing a child to sit in the front seat or letting them sit on laps, behind the steering wheel, must be penalised,” Al Riyami said.
Road safety and legal experts have also called for parents who drive without strapping their kids into a car seat to be charged.
Also read: Parents in Muscat air views on seat harness for children
The current Omani penal code, article 217, states that a person who puts a child below seven or a vulnerable person in a dangerous situation or abandons him/her shall be jailed for a minimum period of three months and up to one year. The punishment is doubled if the offence was committed by the child’s parents or guardian.
Al Riyami said it should be “compulsory” to fasten minors under the age of five into car seats.
“I wonder how some drivers allow their children to play in the front seat. I have a 10-year-old daughter and I always make sure she is safely seated in the back seat,” Al Riyami said.
Echoing the Assistant Attorney General, Ali Al Barwani, chief executive officer of Oman Road Safety Association, (ORSA) said that a new law is vital to combat child deaths in car crashes in Oman.
Important step
“Many Omanis abide by the firm laws in Europe, when travelling, by making sure to rent a vehicle that has a car seat inside it. Oman is a civilised country and it is an important step to enforce laws regarding traffic safety,” Al Barwani said.
He pointed out that even minor accidents can kill or seriously injure a child.
Yesterday, the heartbroken father of a four-month-old girl who died in a crash pleaded with Omani drivers to harness their children inside vehicles.
The girl, who was not restrained, was thrown from the family car after it veered off the road and toppled over.
Al Barwani added: “Recently, in Oman, a little boy was thrown from a car after his mother took a sharp turn. The windows were down and the boy was not fastened by a seat belt,” he said, explaining that such tragic stories can be avoided by buying a car seat.
“Parents should learn how to love their little ones,” he stressed.
“It is puzzling me that parents can afford OMR7,000 cars but are hesitant to purchase a OMR30 car seat,” he said, explaining that money “was never the problem”.
ORSA is working closely with local hospitals to raise awareness among new parents about the importance of providing newborns with car seats, according to Al Barwani.
“When a nurse educates new parents about how to take care of their baby, he/she must clearly state the importance of a car seat. Not only that, the hospital staff should make sure that there is a car seat in the vehicle which will deliver the baby home for the first time,” he said.
The ORSA CEO said that kids below the age of 12 need car seats and even some older ones might need it depending on the child’s weight and height.
Asked if drivers will tolerate the upcoming law, Al Barwani said: “Society would welcome any law that protects children, thus, protecting the future of Oman.”
“An uncompromising law will force parents to take care of Oman’s future. We understand there are challenges to enforce the law, but the children lives are our priority,” Al Barwani said.
Official sources also confirmed that amendments to the existing traffic laws have been submitted for approval.
If they are approved, the new rules will outlaw the practice of children travelling in cars without safety seats or harnesses.