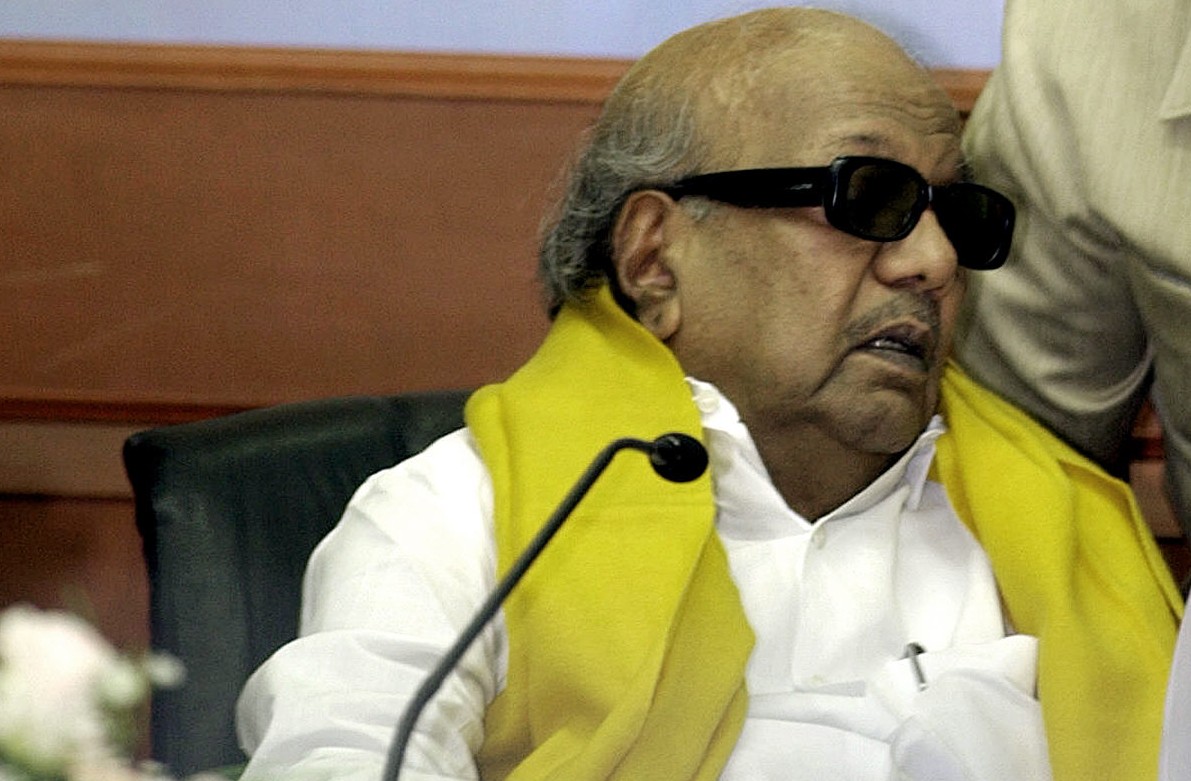 Namakkal/Chennai: Dravida Munnetra Kazhagam chief Karunanidhi, who is undergoing treatment in Chennai for breathing difficulty caused by throat and lung infection, is doing well, party treasurer and the nonagenarian leader's son M. K. Stalin said on Sunday.
"Doctors treating Kalaignar (Karunanidhi) told me that the party chief is all right and asked me not to worry," he said while addressing a function organised by the party at Namakkal for students.
Stalin said doctors told him he could leave for Namakkal to attend the function as the "DMK chief is all right and doing well." Karunanidhi was admitted to Kauvery Hospital here on the night of December 15 due to breathing difficulty caused by lung and throat infection. He later underwent a tracheotomy which helped him breathe freely.
Meanwhile, a host of leaders including Puducherry Chief Minister V. Narayanasamy and Tamil Maanila Congress chief G. K. Vasan visited the hospital and enquired about the 92-year-old leader's health.
Actors Naser and Vishal and A. M. Vikramaraja of the traders federation were among others who visited the hospital.