Pakistan cinemas to resume screening of Indian movies from tomorrow 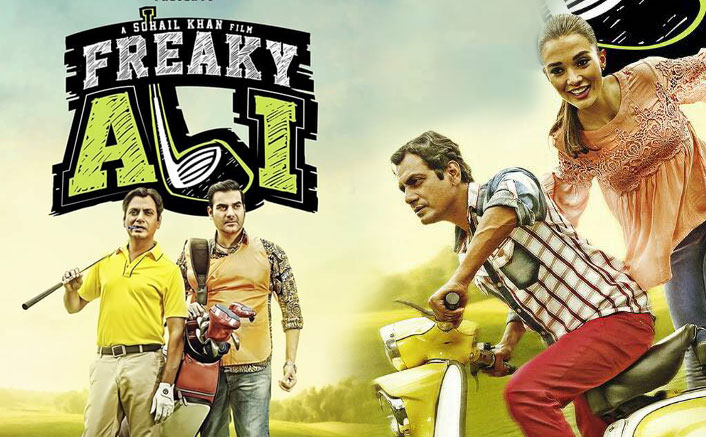 Lahore: Cinemas in Pakistan will start screening Indian movies from tomorrow as film exhibitors and cinema owners lifted the self-imposed suspension on their screening that was put in place after escalating Indo-Pak tensions following the Uri terror attack.
Zoraish Lashari, Chairman of the Film Exhibitors Association, told reporters that after thorough discussions with parties concerned, it has been decided that screening of Indian films would resume from tomorrow.
"The cinema owners and other stakeholders in the industry have been hit by the decision to impose a temporary suspension on screening of Indian films. A lot of investment has been made into upgrading or building new cineplexes and multiplexes and the business at this time is dependent on screening of latest Indian films," he said on Saturday.
The cinema houses' owners said that they had only suspended the screening of Indian films but had not completely banned them. Movies which were missed and could not be screened due to the suspension will be screened first, said Nadeem Mandviwala of Atrium cinemas. The first film to be screened will be actor Nawazuddin Siddiqui's Freaky Ali.
"We lifted the suspension as a cinema guild. We took this decision because we would like to support them (Indian cinemas) and expect them to support us," Aadil Mandviwala, Director Mandviwala Entertainment, was quoted as saying by the Dawn.
The Pakistan Film Exhibitors and Distributors Association, which includes most owners of cineplexes, multiplexes and single screen cinemas in the country, had announced to "temporarily" stop screening Indian films soon after tensions escalated between Pakistan and India following the Uri terror attack and cross border firing incidents in late September.
The exhibitors and cinema owners had taken the decision voluntarily after the Indian Motion Pictures Producers' Association (IMPPA) announced a ban on Pakistani artistes and technicians working in India. Sources in the industry told PTI that most of the cinema owners, exhibitors and importers of Indian films had got panicky after Pakistani films including old and fresh releases and even latest Hollywood movies failed to fill up the halls. "Plus in recent weeks several Indian films have been released while everyone is eagerly anticipating the release of Aamir Khan's 'Dangal'," a source said.
One source, however, said some cinema owners were still apprehensive of any backlash from religious parities or groups once they resumed screening of Indian films and have asked for protection if required. "A private media group is presently trying to import and release 'Dangal' in Pakistan," the source added. Pakistan's leading English newspaper 'Dawn' had in a editorial last month termed the ban on screening of Indian films in Pakistani cinemas as "damaging" and said Pakistani cinema houses were losing money because of the move.
The Media and Marketing Manager of a major chain of cineplexes, Sabina Islam, said 75 per cent of the revenues generated in the industry came from screening of Indian films. Pakistan is considered as the third largest market for Indian films.
Indian movies returned to Pakistani cinema houses in 2008 after a 43-year-long hiatus imposed during the 1965 war.