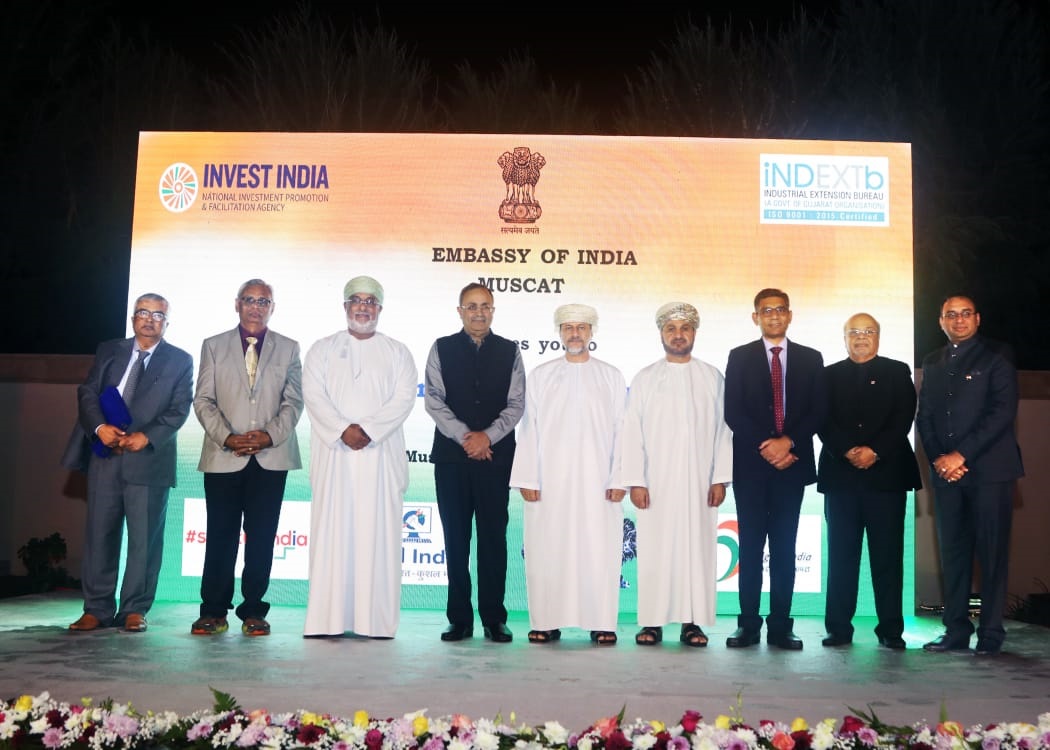 Muscat: There are more than 3,000 Indian companies currently running in Oman, having invested about $7.5 billion (about OMR 3 billion) in their operations in the country.
Among these companies are the Aditya Birla Group, Jindal Steel and Power, Shapoorji Pallonji, the Life Insurance Corporation of India, Larsen and Toubro and Air India, the country’s national airline.
A statement from Invest India, the national investment promotion and facilitation agency of the Government of India, said, “Did you know? Over 3,200 Indian companies are currently operating in Oman, with an estimated investment of $7.5 billion.”
The information came as part of a visit to Oman by the Minister of Energy for the state of Gujarat, Saurabh Patel, who also met officials at the Oman Chamber of Commerce and Industry with a view to strengthen investment between the two countries.
“The Embassy of India organised the India-Oman Investment Meet on December 11, 2019,” said an official at the Indian Embassy. “The event was graced by Saurabh Patel, the Honourable Minister of Energy, Gujarat and HE Yahya Al Jabri, the chairman of the Special Economic Zone Authority at Duqm (SEZAD). Mr Deepak Bagla, CEO, Invest India, gave a presentation highlighting investment opportunities in India.”
“A strong business delegation was present,” added the embassy official. “The event was attended by senior Omani dignitaries and prominent Omani businessmen. Day two of the visit by the business delegation from Gujarat led by Saurabh Patel started with a productive meeting at the Oman Chamber of Commerce and Industry. Both the sides discussed business opportunities in India and Oman to strengthen economic ties.”
A statement from the OCCI said, “The Chamber received a trade delegation from the Republic of India. His Excellency Saurabh Patel, the Minister of Energy, emphasised the Omani-Indian historical and commercial relations which have been in existence since ancient times, and praised the Sultanate’s investment fundamentals that encourage foreign investors, as well as the facilities offered to the investor.”
The event saw Saurabh Patel lead a 35-strong delegation to Oman, during which Munu Mahawar the ambassador of India to Oman, highlighted the strong ties between the two nations, saying, “I would like to emphasise the strong strategic partnership encompassing all dimensions under the wise leadership of His Majesty Sultan Qaboos bin Said. India continues to be an attractive destination for investment for international investors and Omani businesspersons should become partner in the growth story of India, which will further enhance the bilateral relations.”
“Invest India” is the official agency of the Government of India, set up in 2009, as a non-profit venture to promote, facilitate and to provide complete hand-holding for foreign investors in India. Invest India focuses on sector-specific investor targeting and development of new partnerships to enable sustainable investments in India. In addition to a core team that focuses on sustainable investments, Invest India also partners with substantial investment promotion agencies and multilateral organisations.
Invest India also actively works with several Indian states to build capacity as well as bring in global best practices in investment targeting, promotion and facilitation areas.
It is based in Delhi and can be contacted at: www.investindia.gov.in, [email protected] or +91-11-23048155 for making investments in India. Embassy of India facilitates business development between the two countries by providing information and guiding Indian and Omani companies. For more details on doing business with India, the Embassy may be contacted at [email protected]