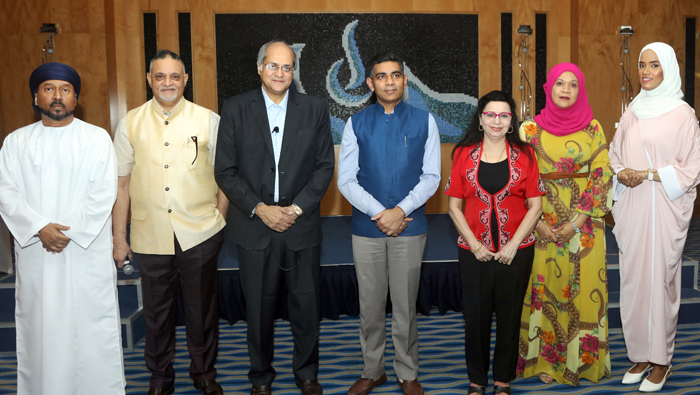 Muscat: Parents of children with brain disorders such as autism and cerebral palsy were shown alternative methods for treatment of these conditions to help them live long and healthy lives.
At a recent parental awareness meeting that centred on the neuro-development disorders of children, which focused on autism, cerebral palsy and Down Syndrome, 175 parents who had children with special needs, as well as therapists, social workers, psychologists and other members of the general public were shown the latest developments in the management and treatment of these disorders, on Saturday, December 7, 2019.
The event was led by Professor Dr Alok Sharma, a neurosurgeon and neuroscientist from the NeuroGen Institute in Mumbai, India, who sought to inform and educate his audience on the issues around special needs.
100% successful
“It was believed and is still believed by many doctors that stem cell has no role in the regeneration of neural cells,” he explained. “That’s not the case anymore. Though there is no treatment and cure that is a hundred per cent successful, many positive and encouraging results are seen with stem cell treatment.”
“There has been a lot of misinformation and controversy over stem cell treatment,” added Sharma. “I would like to emphasise that the collection of cord blood collection for stem cell treatment does come under the law of the land, and has to be reported, because only research with it is allowed. However, the treatment with stem cells acquired from the patient’s own bone marrow or blood has been in practice for years, and has shown positive results.”
Displaying the treatment technique to his audience, Sharma also showed the audience post and pre-treatment videos of his patients who’d undergone stem cell research. On the previous day, a medical conference on the same topic was held for doctors to spread further awareness of the treatment options available for children with mental disorders.
Munu Mahawar, India’s ambassador to Oman, Anwar Al Balushi, an Omani businessman, and Israa Al Ajmi, the head of people communication at Knowledge Oman were the guests of honour at the event.