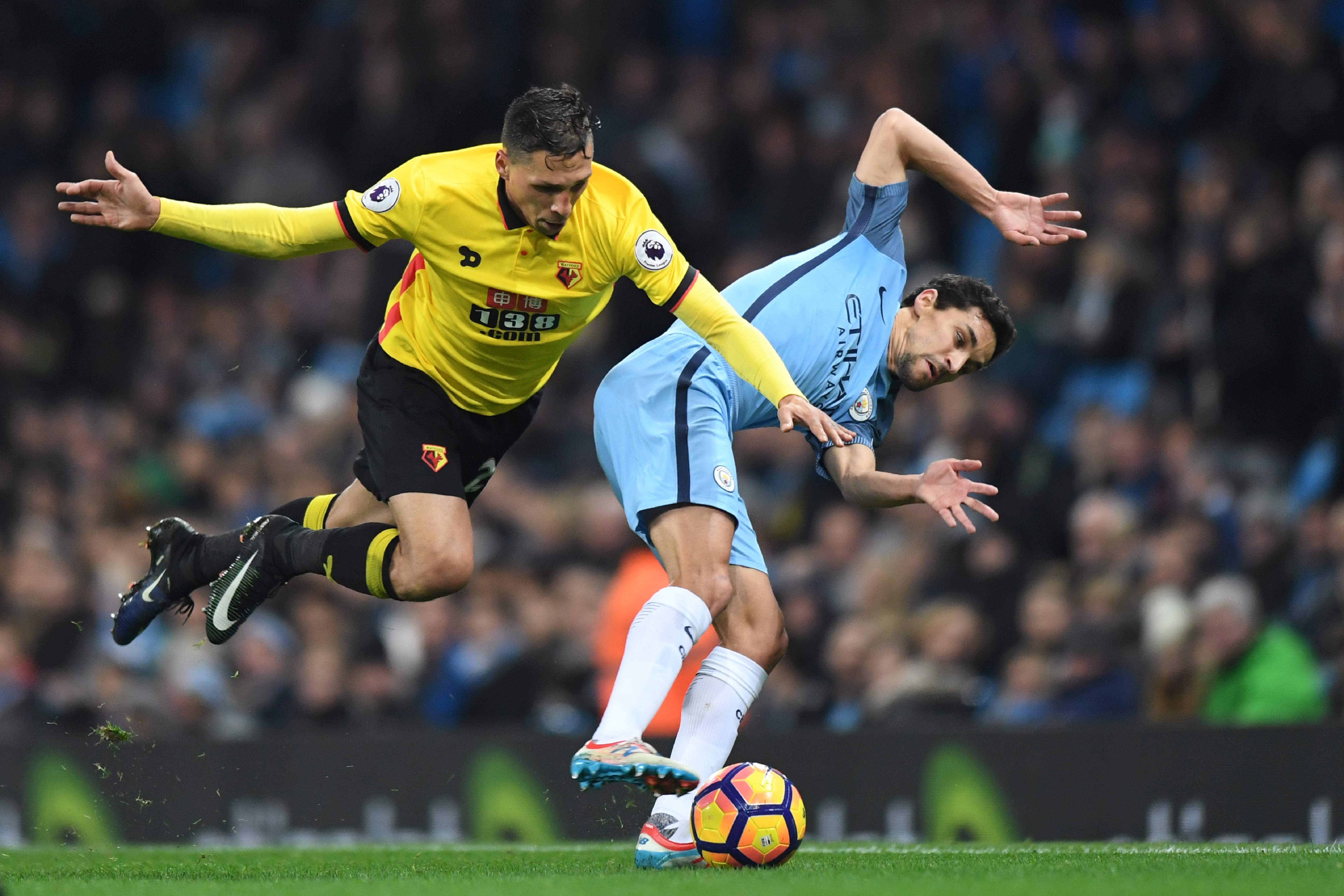 Pep Guardiola expects Manchester City to be without Ilkay Guendogan for a "long time" after the German midfielder suffered a suspected knee ligament injury in Wednesday's 2-0 Premier League win over Watford.
Guendogan, who left the pitch in tears, has been dogged by injuries throughout his career and spent a long spell on the sidelines recovering from a knee injury before joining City from Borussia Dortmund in June.
"I'm so sad for Ilkay as it looks like we'll be without him for a long time -- we will know more tomorrow but it doesn't look good," Guardiola told reporters after the Wednesday's win at the Etihad Stadium.
"We'll know the extent of the injury when he has been properly assessed by the doctor tomorrow (Thursday) so until then we cannot know for sure, but I think he may be out for some time. He is very sad, of course, as we all are."
Guardiola was already without two players, striker Sergio Aguero and midfielder Fernandinho, because of suspension for Sunday's match against third-placed Arsenal.
City are fourth in the table with 33 points, one behind Arsenal and seven behind leaders Chelsea after 16 games.