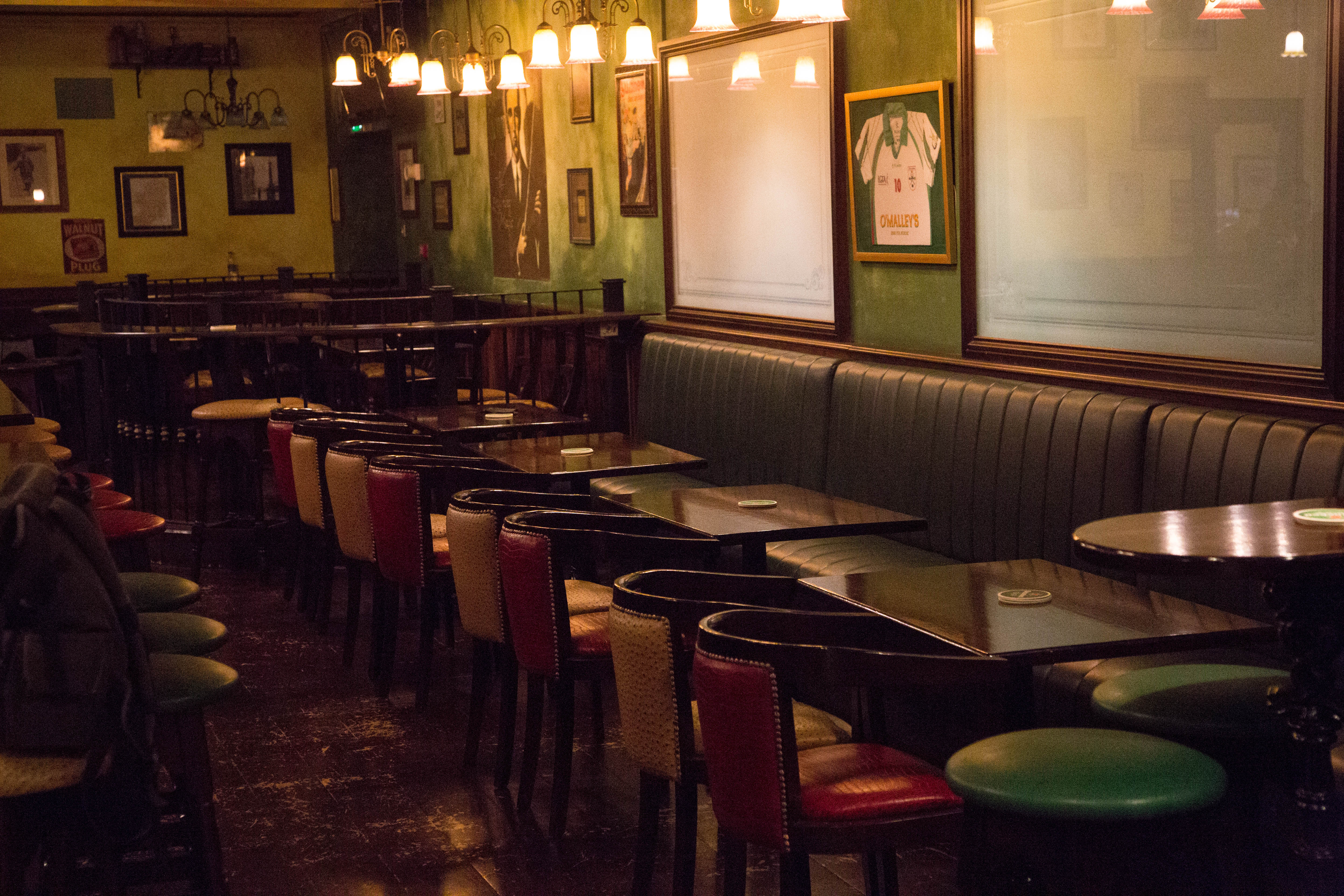 They say the things we see most often are the things that take us the longest to appreciate. It’s an old cliché, but one I find to be so true. See, I find myself in Al Khuwair almost every other day, either getting shawarma at Old Turkish or a slice from Pizza Inn or simply paying a visit to friends who live in the neighbourhood. Whenever we try to think of local places to go, we blatantly ignore the towering, four-star Radisson Blu hotel that sits squarely in the centre of this bustling ‘hood. But last weekend, I happened to have the opportunity to stay the night there, and I was rewarded with a new world of dining and leisure that I never knew was so close at hand.

I arrived on a Thursday afternoon and was warmly greeted by the receptionist and attendants—I love the hospitality industry, when they get it right, they make you feel so important and at ease. Although it was relatively quiet at that time, the hotel had a festive feel to it with subtle holiday decorations on the ceilings and walls and a big Christmas tree adorning the cosy lobby.

I headed to my room, a comfortable, private space with all the basic amenities and no too over-the-top décor, and began to plan my evening. It was only 4pm, far too early for dinner, but I was desperately craving a shawarma, so I popped-out of the hotel and went two streets over to Old Turkish for a snack.

Satisfied, I returned to the hotel to meet Lorna, the Marketing and Communications executive of Radisson. I walked over to Olivos Restaurant and found it bustling with activity. Lorna greeted me and began our tour of the property right there in the dining room.

Olivos Restaurant and Terrace is where the complimentary breakfast buffet is served, as well as the nightly buffet dinner. The staff was a flurry getting ready for their popular Thursday night seafood buffet. Olivos has spacious indoor seating arrangement with a buffet counter in the centre and an open kitchen on one side and a terrace seating arrangement that overlooks the gigantic swimming pool—the ideal location this time of the year.

On the other side of the pool, I spotted a few cabanas, a bar, a stage, and some scattered lounge seating. Pointing to the space, Lorna told me that was The Lazy Lizard, an outdoor venue that opens each evening for light snacks and music. I made a mental note to go back there later in the evening.

Walking back past reception, she pointed out the coffee bar, perfect for late-runners like me, where guests can grab a quick bite and something highly caffeinated on the way out the door. On the other side of the lobby were two independently run venues, the famous O Sole Mio, a fine dine Italian restaurant bedecked with a fancy archway, artistic marble flooring, and soft illumination courtesy of an elegant chandelier. It was a perfect date spot. I made another mental note to find a date. Next door was Casa Di Bacco, where everything was wood-tone, dark, and classy.

The tour continued down a flight of stairs that lead to a gritty underground area that is home to the infamous O’Malley’s Pub. The brick walls are decorated with funky Irish posters and old Dublin adverts. I’ve never been to the sunny Isle, but I image a pub there would be something like this. I couldn’t wait to returning to the pub later in the evening.

We quickly walked around the rest of the property, checking out the usual amenities—gym, sauna room, beauty salon, massage spa (yay!)—and an unexpectedly memorable business lounge tucked-away on the 5th floor.

A pretty cool addition to the hotel, the lounge is a comfortable space to work or relax, with self-service snacks and beverages on hand at all times, rows of sofas facing a television tuned to a news channel, and local and international newspapers stacked neatly on the tables and coffee counter. If my dad had been with me, I know this is where he would be spending 90% of his time in. I said goodbye to Lorna and I went back to my room to relax and finish a bit of work before heading down to Olivos for dinner.

Apart from the usual buffet counter where fish, oysters, octopus, sushi, shrimp, and calamari were on display, the restaurant also had a separate barbecue counter setup outside by the pool. The grilled seafood was the highlight for me. I filled my plate and found a seat. As I ate, I found attention, kept drifting over to what was happening on the other side of the pool. A huge crowd had gathered and were singing along with the band playing from the small stage. I finished my dinner and went to join them.

The talent that evening was a cover band, and those boys had really amazing voices and instrument skills. The lineup was popular hits that almost everyone could sing along to, and did. The crowd was upbeat and energetic with wide smiles and the intermittent outburst of laughter. With cool and pleasant weather, great music, and a full stomach, the hours seemed to drift by.

I suddenly remembered the Irish cavern waiting downstairs, and decided it was time to go see what was going on at O’Malley’s. When I arrived, I was surprised to see a room full of men and women dressed for a night of clubbing. The moody pub I’d been to earlier had transformed into full-on night club complete with flashing lights, laser beams, thumping music, and couples dancing. The Irish touch remains in the food selection, which is available into the night. A friend joined me and we munched on pieces of lamb shanks and shepherd’s pie between dance numbers, partying there until past midnight. Full, happy, and exhausted, I returned to my room, grateful that I hadn’t far to go.

The next morning Olivos had been transformed into a tranquil, calm dining space. I nibbled on an array of breads with jam, some fruit, and a well-made omelette. As I looked out over the pool, towards the now empty stage of Lizard Lounge, thinking back over the wonderful evening of dining and dancing I’d enjoyed, I marvelled at the treasure trove of hidden gems I’d discovered right here, in the middle of a neighbourhood I thought I knew.