Learn how to belly-dance like a pro in Oman! 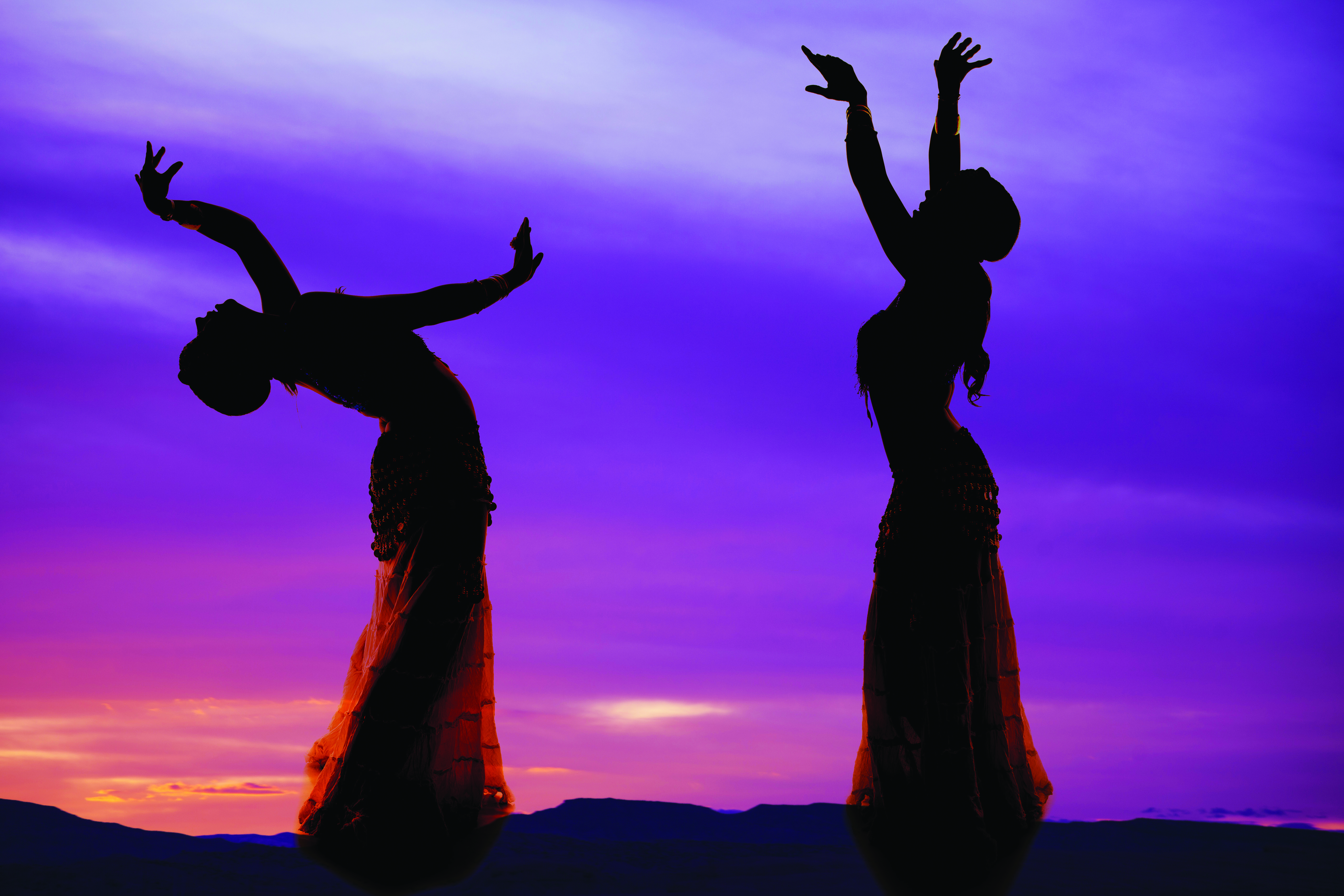 Elegance, grace, subtle hand movements, fluid hip rolls, and crisp chest isolations are what define the ultra-feminine art of belly dancing to most of us. The origin and history of this gorgeous form is much debated, but most agree that it originated in the Middle East and spread to the rest of the world. Temple engravings in Mesopotamia suggest that it began as a religious dance performed during fertility rituals by temple priestesses to encourage conception and it was also believed to be a part of the delivery ritual to prepare girls for childbirth.

With time, it became a form of social entertainment for tribes in Egypt and Turkey. In 1893 the dance received global attention at the Chicago World’s Fair when a performer known as “Little Egypt” showcased her fascinatingly graceful body movements, impressing every single spectator there. By the 20th century, it was a well-established performance art around the world.

In the Arab world, the dance form is commonly referred to as Raqs Sharqi, and was later popularised in other countries as “oriental dance”, while the term “belly dancing” evolved from the French name for the movement, “danse du ventre” or “dance of the stomach”. The credit for the costumes now popularly associated with belly dancing goes to an enterprising cabaret owner in Cairo who introduced the fancy harem pants and blingy tops that were worn belted with scarves festooned with jingling coins to accentuate the hip movements. In the Gulf region of the Middle East the traditional belly dance costume is the abaya. As the dress hides the body, making it impossible to see the belly movements, the Gulf form focuses more on the hips and the arms than the full body movements of the Egyptian form, for which the more well-known, two piece Raqs Sharqi costume is worn.

Though I am a big fan of dance fitness, a lot of modern dance forms, such as ballet, have the potential to deform the skeletal structure or cause back pain. However, I can to find out that belly dancing is one of the very few dances that act towards the natural physical inclination of the body. I knew the dance had tons of other health advantages and fitness benefits, but I didn’t know where to find an instructor here in Muscat who could teach me the shimmies and undulations.

Then I met Marion. The charismatic, petite French woman who has travelled the world, working as an instructor and a student of belly dance, studying under some of the best belly dancers in the world. She is now in Oman working at The Champ Oman where she holds classes for beginners, teaching them the basics in a warm and friendly environment. Her ten years of teaching experience, gained in nearly a dozen countries around the world, is clearly reflected in her classes, in which each student is given personal attention irrespective of their dancing background, calibre, size, or age. With no belly dancing experience, I learned “the Maya” routine and two variations of the shimmy in a single, hour-long session.

There are several variations of belly dance depending on which part of the world you are in, but since Marion firmly believes that belly dancing originated from Egypt, Egyptian belly dancing is what she teaches. She feels it is the richest form as it allows you to use all the body parts to express yourself, including hands, hip, waist, face, fingers, and legs in movements that signify graceful, female power.

I knew the fitness benefits of belly dancing, in theory, but it was only after Marion’s class that I was truly convinced. While, you shouldn’t expect a high intensity cardio workout, belly dancing relaxes your body and makes you aware and conscious of every part of it as you isolate each muscle. The movements are all about controlling, while letting loose at the same time. It improves flexibility and fluidity and strengthens the core muscles, for a pretty intense session. There is another benefit, perhaps even more important than the waist-slimming effect. Belly dancing doesn’t just help you learn to control your body, it also helps you learn to love your body as it is.

We tend to have a collective obsession with having a flat belly, with no stomach fat, belly dance offers an alternative goal, promoting confidence and comfort in your own skin. This confidence is truly seductive. The postures and the movements of the dance introduce me to my sensual and feminine side, and all the gorgeous things that my body could do. As a bit of tomboy, during that very first class, I felt like I had been reintroduced to a powerful, graceful woman that had been hidden inside me for a very long time. A rough-and-tumble girl walked in to the studio that evening, a lady walked out. Never have I had such a transformative workout. — [email protected]