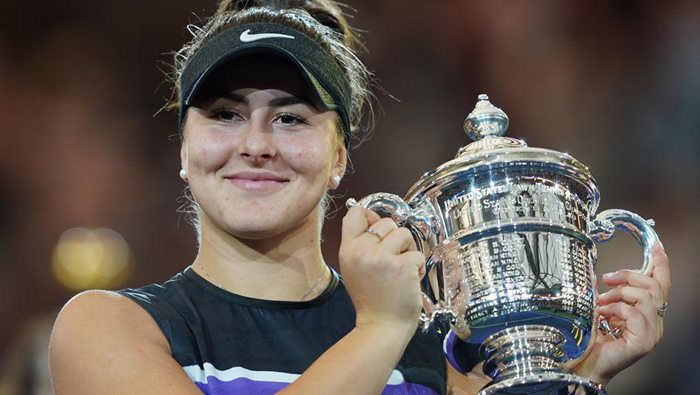 The title is awarded each year to Canada's top athlete, and Andreescu, 19, put together a strong case throughout her revelatory 2019 season, during which she won her first WTA title at the BNP Paribas Open - a Premier Mandatory tournament - and her second at the Rogers Cup in Toronto, a Premier 5 event that Andreescu grew up attending.

The youngster later became the first from her country to win a Grand Slam singles title in the US Open, where she upset 23-time Grand Slam champion Serena Williams in the final.