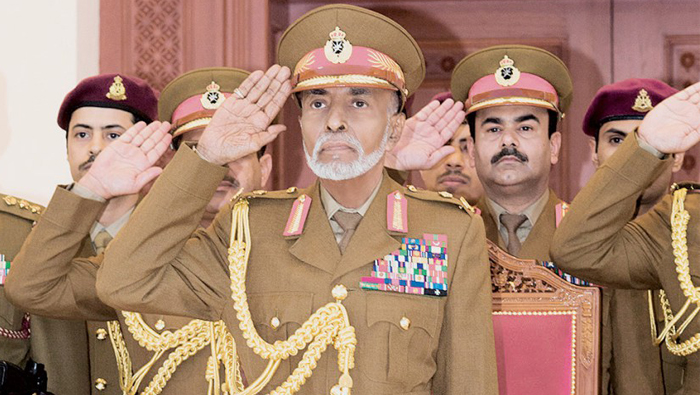 Muscat: His Majesty Sultan Qaboos, the Supreme Commander of the Armed Forces, has received greetings from Sayyid Badr bin Saud al Busaidy, Minister Responsible for Defence Affairs, on the occasion of the Armed Forces Day on Sunday. This year’s celebrations amidst armed forces’ successes in organisation, training and armament thanks to the attention accorded to the armed forces by His Majesty Sultan Qaboos. On this occasion the Sultan’s Armed Forces (SAF) will carry a series of events which will reflect the level of progress and development SAF has reached and in recognition of the national role it undertakes in protecting and national and safeguarding its achievements.
The minister said: “Your valiant armed forces and all the affiliates of the ministry of defence are marking the 11th of December; the Armed Forces Day. It is the day which lit up the torch of peace and security for the nation and marked the beginning of development and prosperity for this proud nation. On this auspicious occasion it is an honour for me and your courageous armed forces and all ministry affiliates to express to Your Majesty our best wishes and greetings and we pray to Almighty Allah to keep Your Majesty as the leader of this dear nation and perpetuate peace and security in the Sultanate.
“Your Majesty, your courageous armed forces have proved their ability and sincerity in protecting every inch of the Omani territories confirming that they will continue to perform their sacred duties and responsibilities in safeguarding the sanctities and achievements of this nation. “Your Majesty’s directives and attention have had a huge impact on developing and upgrading Your Majesty’s armed forces to keep pace with the modern standards of training and armament. Today the armed forces have become a modern integrated forces relying on advanced sciences in terms of training and armament. The armed forces have all right to be proud of the achievements which took place during Your Majesty’s wise leadership.
Your Majesty, the Supreme Commander of the Armed Forces, while marking this auspicious occasion your courageous armed forces and all the affiliates of the ministry of defence are renewing their pledge of allegiance and loyalty and confirming their love and gratitude to Your Majesty praying to Almighty Allah to safeguard you as the leader and monarch for this dear nation and its sincere people, and to grant Your Majesty a long prosperous life. May Allah Almighty keep Your Majesty as an asset for this nation and grant you success. We pray for many returns of this occasion on Your Majesty with good health and happiness and on the armed forces with further might and prosperity.