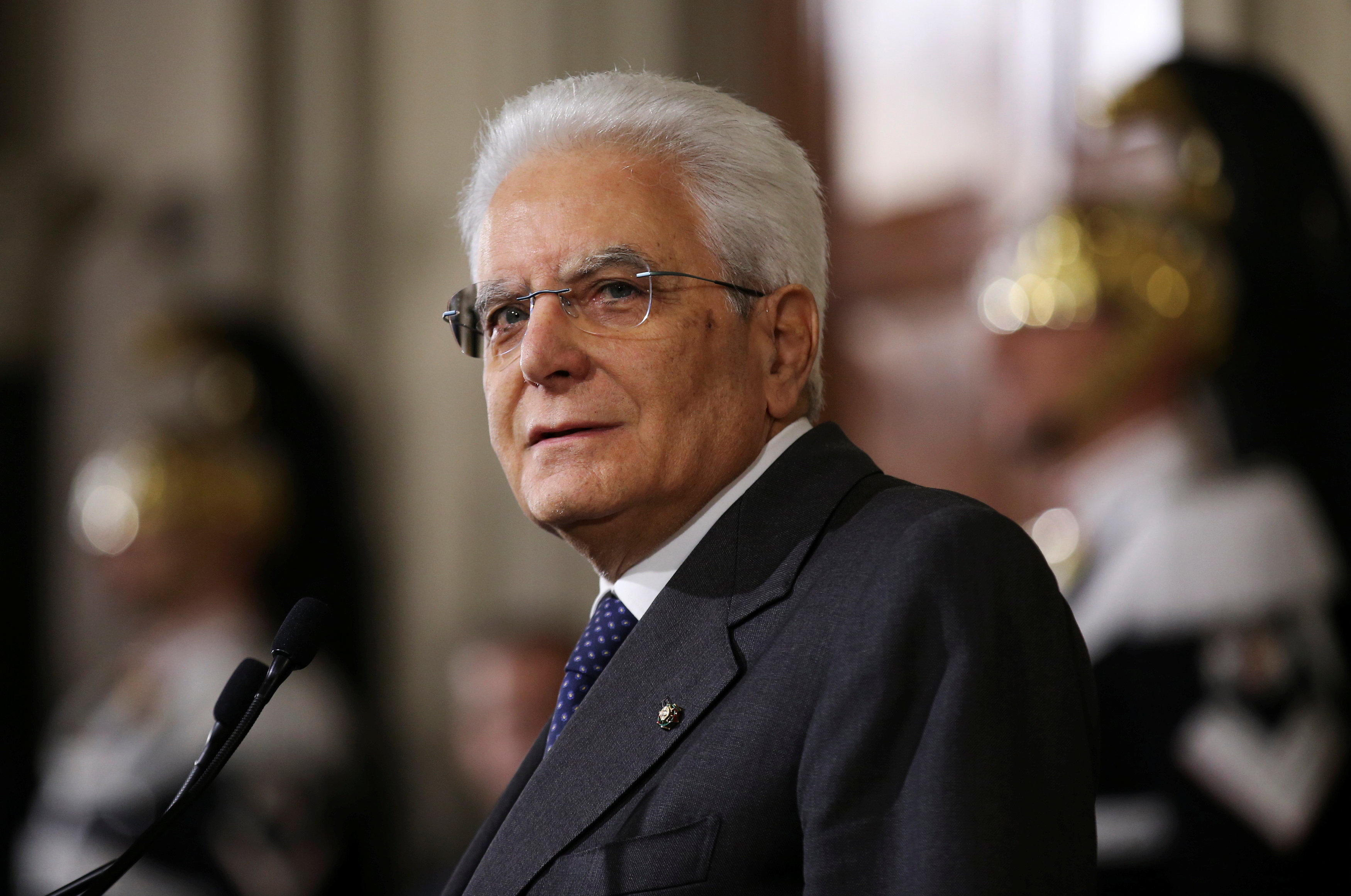 Rome: Italian President Sergio Mattarella pledged on Saturday to act quickly to solve a government crisis prompted by Matteo Renzi's resignation as prime minister, with all major parties calling for elections as soon as possible.
Before any vote can take place, however, Italy needs a new electoral law. Foreign Minister Paolo Gentiloni appears to be in pole position to be nominated by Mattarella sometime in the next 48 hours to head the next government and oversee that reform.
Gentiloni could potentially take office next week and would face an immediate crisis in the banking sector, with the country's third-largest lender, Monte dei Paschi di Siena , likely to need state intervention to avoid collapse.
"Our country needs a fully competent government, quickly," Mattarella, a 75 year-old former constitutional court judge, said after meeting officials from around 40 political parties.
Renzi's Democratic Party (PD) pushed for the creation of a broad, cross-party coalition, but most other parties were opposed to such a government, the PD Senate leader Luigi Zanda said after meeting the head of state. Mattarella must decide if someone can lead the country to national elections scheduled for 2018, or whether the next government will serve only until elections in spring.
Renzi, 41, resigned after a bruising defeat in a referendum on constitutional reform on December 4. Any candidate will need backing from his party, as it holds a majority in both houses.
The anti-establishment 5-Star Movement, which polls a close second to the PD, demanded a national vote as soon as possible. Silvio Berlusconi, a four-times prime minister who leads the centre-right Forza Italia (Go Italy!) party, also called for elections, and said he would not support a grand coalition.
"The difficult economic situation, continued high unemployment, internal and external threats to security, and difficult relations with Europe do not allow delays," he said.
All parties called for a new electoral law to be put in place to replace one that only applies to the lower house and that could be declared illegitimate in January by the Constitutional Court. Interior Minister Angelino Alfano, head of a small centre-right group, said his party would support a new mandate for Renzi, although a parliamentary source said last week the PD leader had ruled out returning to office.
Gentiloni is seen as a Renzi loyalist who would be unlikely to set his own, independent course. Three PD lawmakers said Renzi wanted Gentiloni to oversee the writing of a new electoral law while the centre-left would hold primaries to decide who should lead the bloc into the next elections.
Other possible contenders for the prime minister's job included Economy Minister Pier Carlo Padoan, Transport Minister Graziano Delrio and Senate president Pietro Grasso. One PD source said an election would likely be held in June.