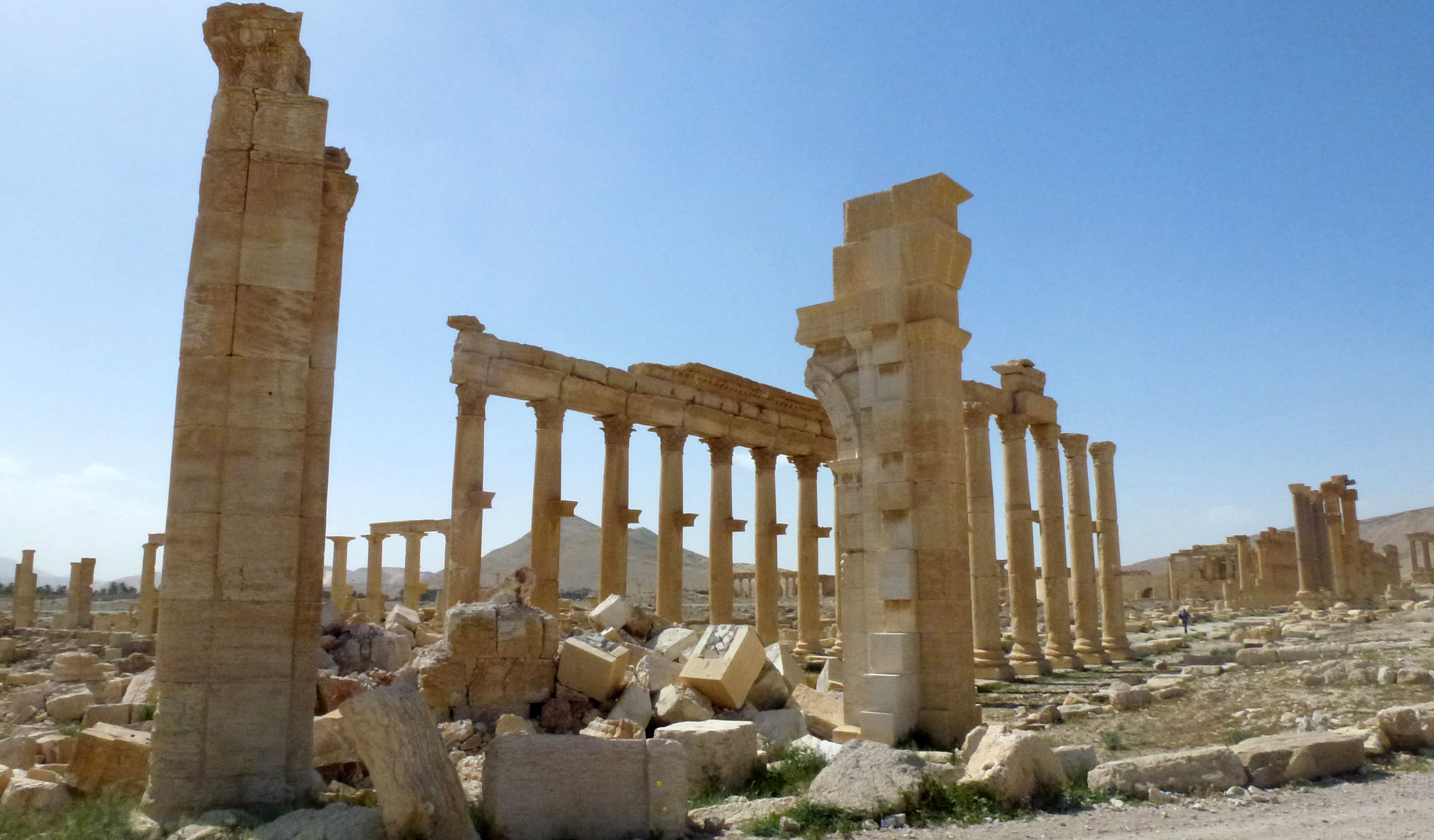 AMMAN: IS militants entered the ancient city of Palmyra on Saturday in eastern Syria after advancing to its outskirts for the first time since losing the city earlier this year, a war monitor said.
The UK-based Syrian Observatory for Human rights said the militants had entered Palmyra after they had taken strategic heights near the city and captured the northern part of the city and mountains around it.
The Syrian army earlier said it had sent reinforcements to Palmyra, to help the army defend the city in what some rebels said were coming from Aleppo and forcing the Syrian government to divert troops from the city where the army and Iranian backed militias were on the verge of a major victory against rebels.
A statement by IS' news agency Amaq said the group had taken the strategic Jabal al Tar and Jabal Antara mountains that overlook the city in some of the heaviest fighting since the group lost the city.
The militants were pushing towards the T4 airbase, one of Syria's major military bases, near Palmyra city and which Russian forces have been using to support the Syrian army.
IS' assault, which began late on Thursday, has killed dozens of Syrian soldiers and quickly taken over grain silos and control of some oil and gas fields around Palmyra, monitoring group the Syrian Observatory for Human Rights said.
The US-led coalition which is separately fighting the militants said late on Friday it had taken out 168 IS oil tanker trucks near Palmyra in a large air raid.