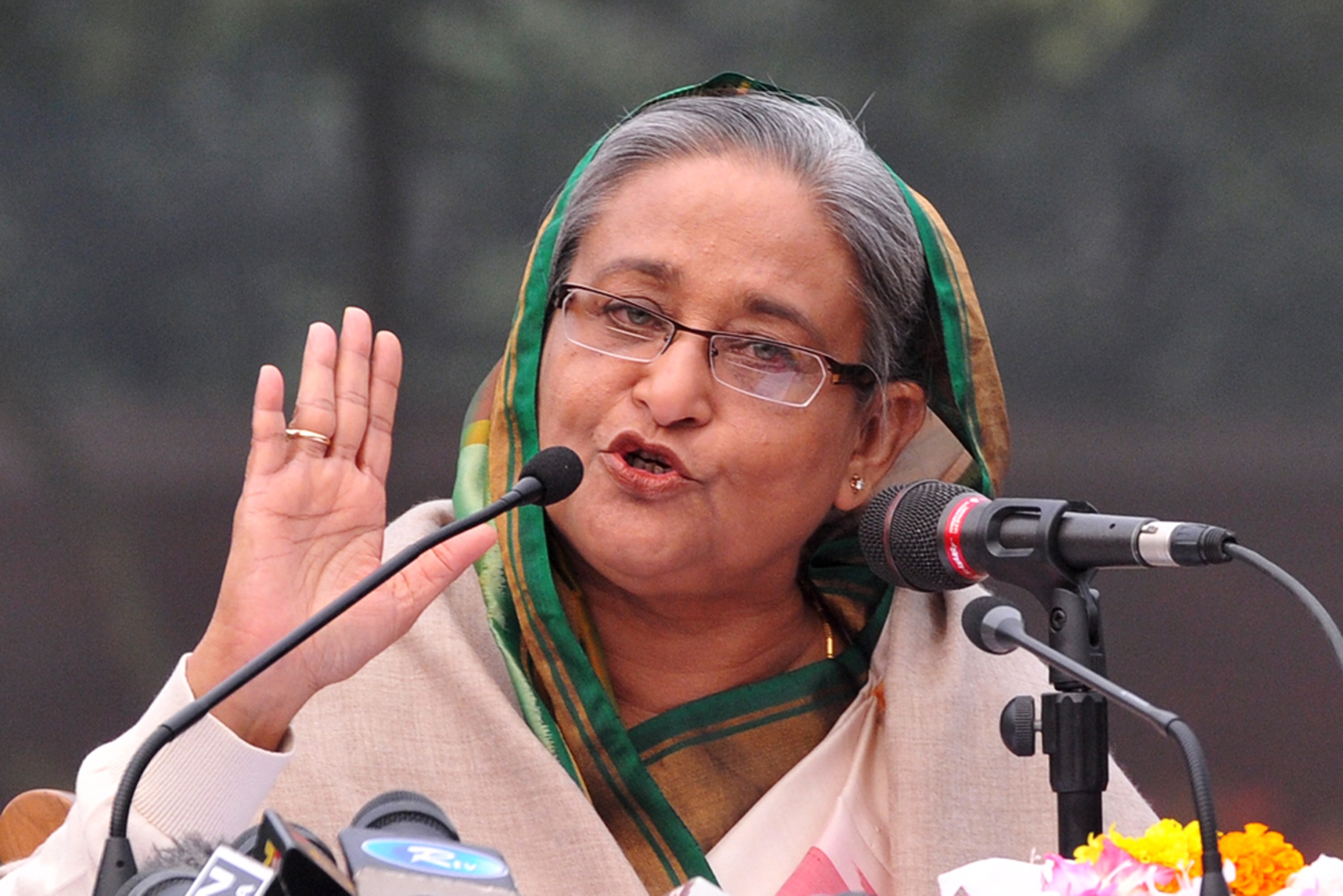 Dhaka: Prime Minister Sheikh Hasina plans to tour India in February next, the Bangladesh government said on Saturday during the visit of Minister of State for External Affairs M. J. Akbar here.
Hasina's press secretary Ihsanul Karim said she has plans to visit India adding officials of the two countries would work out the schedule of the tour as Akbar made a courtesy call on the premier.
Hasina told Akbar that "there might be problems between two neighbouring countries, but these should not affect the friendship and cooperation".
The premier, he said, reiterated her government's "zero tolerance policy" against terrorism and militancy and said none would be allowed to use Bangladesh's soil for terrorist acts against any country.
"We won't tolerate any sorts of terrorism and militancy and won't allow our land to be used for carrying out terrorist acts against any country," the official said quoting the premier.
Hasina said the Dhaka cafe attack in July which killed 19 foreigners including an Indian girl and the vandalising of temples in Bangladesh were staged to destabilise the country's development and progress.
The prime minister recalled with gratitude the contribution of Indian armed forces in Bangladesh's War of Liberation in 1971. She also mentioned that Indian forces returned to their country immediately after independence of Bangladesh.
"It has created a history as no allied force in the world did return home immediately after the victory," she said. The premier also discussed with Akbar the issue of constructing water reservoirs on both sides of the border for ensuring water security. Akbar said Prime Minister Narendra Modi and Hasina took India-Bangladesh bilateral relations to a new height.
"The horizon of bilateral relations has been widened due to pragmatic steps of the two leaders," the official quoted Akbar as saying.
Akbar said there are vast areas of cooperation between Bangladesh and India particularly in the field of hydroelectricity and energy. Hasina's International Affairs Adviser Gowher Rizvi, Principal Secretary Kamal Abdul Naser Chowdhury and India's High Commissioner to Bangladesh Harsh Vardhan Shringla were also present, among others. Akbar arrived in Dhaka on Friday on a two-day visit to represent India at the 9th annual meeting of the Global Forum on Migration and Development (GFMD).