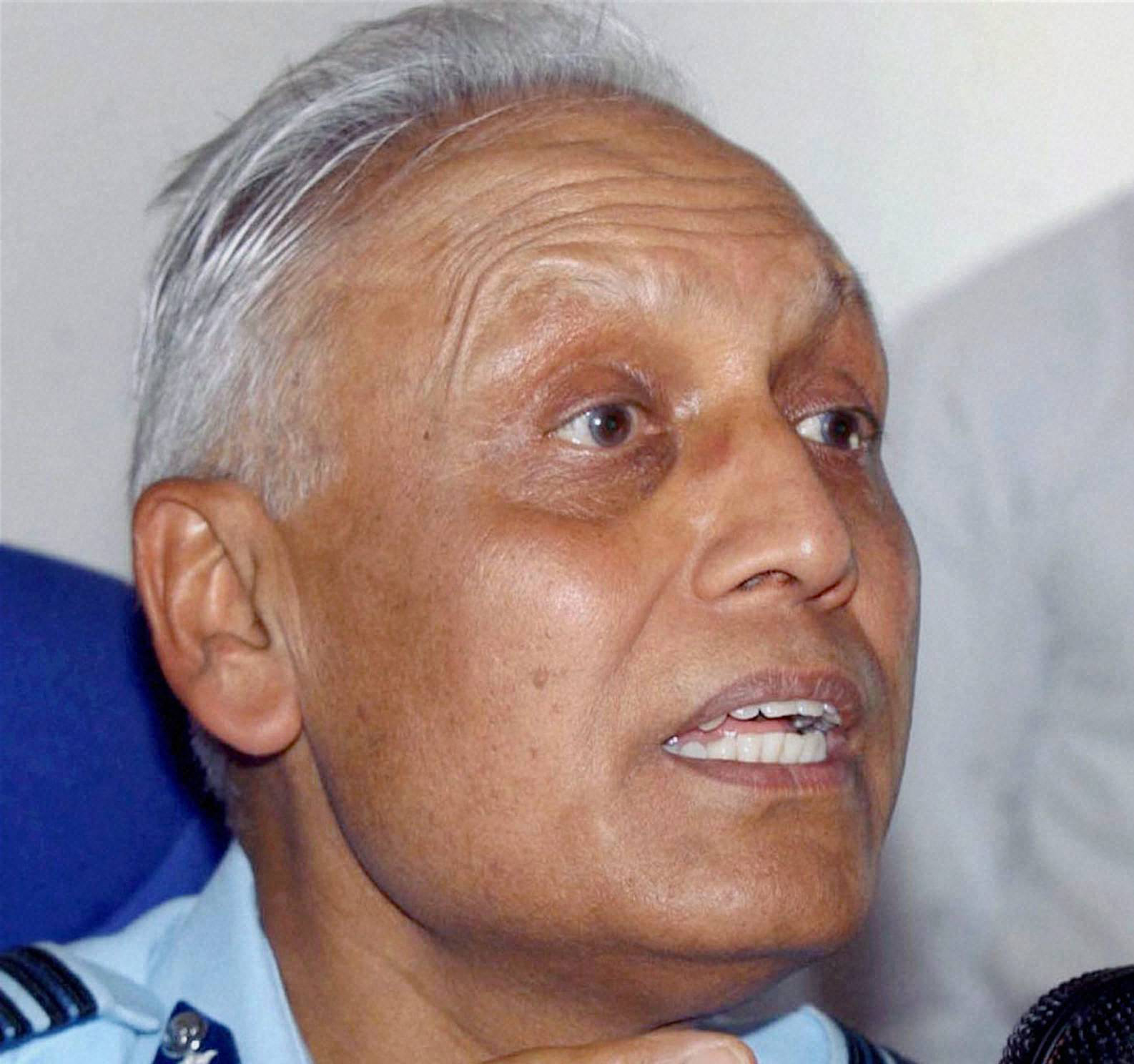 New Delhi: Former Air Force chief S. P. Tyagi and two others, arrested in the Rs4.5 billion AgustaWestland VVIP chopper deal bribery case, were on Saturday sent to four days' CBI custody after the agency said their interrogation was essential to unearth a "very large conspiracy having international ramifications".
Besides Tyagi, the court remanded his cousin Sanjeev Tyagi alias Julie and advocate Gautam Khaitan, also arrested in the case related to procurement of 12 VVIP choppers from UK-based firm during the United Progessive Alliance-2 regime.
While the CBI sought 10 days' custody of these accused for quizzing them, the counsel appearing for the former Indian Air Force chief claimed in the court that decision to procure VVIP choppers from AgustaWestland was a "collective" one and Prime Minister Office (PMO) was also a part of it.
"It was a collective decision and not his (Tyagi's) individual one. It was a collective decision of which PMO was also a part," senior counsel N. Hariharan, appearing for Tyagi, told the court, adding, "The file moved through several levels but I am the only one who has been arrayed as accused."
The Central Bureau of Investigation alleged that Tyagi had "abused his official position" and when he was the Air Chief Marshal, he had made huge investments in land and other properties and have not disclosed the source his income.
At this stage, Tyagi, who was present in the courtroom, told the magistrate, "I can give account of all my land investments if they (CBI) want." Tyagi's counsel refuted the CBI's claim and said that, "As per CBI allegations, conspiracy and the money transaction was going on since much before I came into picture."
The counsel appearing for the other two arrested accused also opposed the CBI's remand plea saying the FIR was lodged over three years ago and there were no fresh grounds to arrest them at this stage.
CBI, however, alleged that Khaitan was the "brain" behind how the bribe money reached India and several firms through which the money travelled came into existence and Sanjeev was known to alleged European middleman Carlo Gerosa.
After hearing the arguments, the magistrate remanded the three accused to CBI's custody till December 14 saying, "considering the seriousness of allegations and gravity of the matter, I am of the considered opinion that CBI custody of the accused is required for a fair probe".
Seventy-one-year old Tyagi, who had retired in 2007, his cousin Sanjeev and Khaitan were on Friday arrested by the agency in connection with the case.