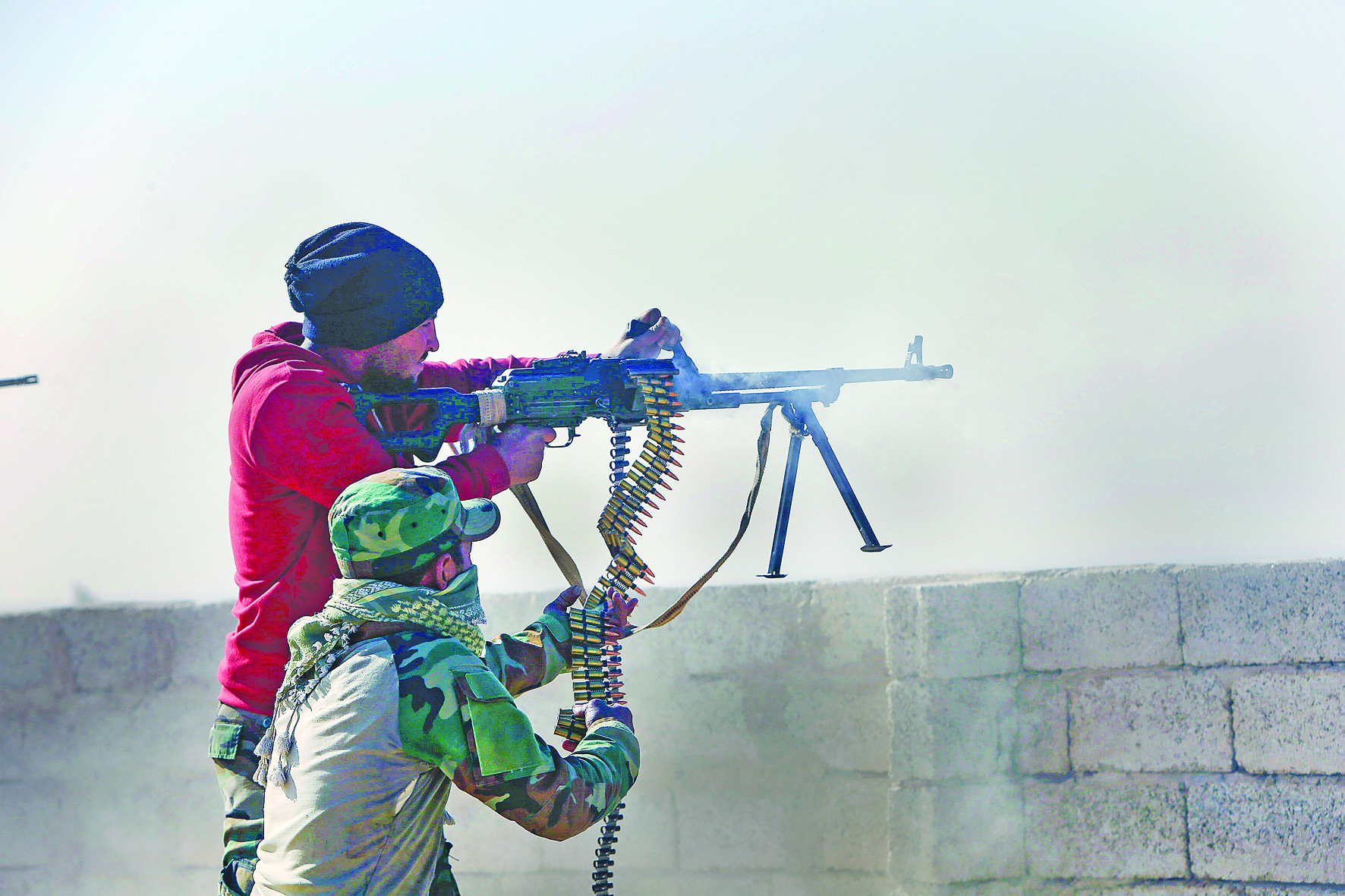 Baghdad/Geneva: The Iraqi army said it took full control of two more districts of east Mosul on Saturday, pushing back IS militants in a slow and hard-fought advance into the city whose 1 million residents face growing shortages of fuel, water and food.
A military statement said elite Counter Terrorism Service (CTS) troops took over the neighbourhoods of Al Murour and Al Qadisiya Al Oula, expanding their area of control in the east of the city.
Despite the reported advance, the army's progress in Mosul remains painstakingly slow, facing brutal counter attacks from the hugely outnumbered but well prepared and heavily armed militants who have controlled the city since mid-2104.
In an attempt to change the dynamics of the grinding seven-week campaign, troops from an armoured division punched their way deeper into the city on Tuesday in an attack on a hospital believed to be used as a military base by IS.
They were forced to withdraw from the complex after a ferocious counter-attack by IS fighters, who deployed at least six suicide car bombs, although residents said the army was able to hold some territory nearby.
The CTS, which has spearheaded the fighting in Mosul since it broke through IS defences in the eastern outskirts in late October, controls half of the eastern bank of the city which is split by the Tigris running through its centre.
Sabah Al Numani, spokesman for the CTS forces, told Iraqi television they had reached within 3 or 4 km (2 miles) of the Tigris, and hoped to take the remaining districts of the east bank "with the same speed" they had achieved so far.
That would imply full control of the eastern half of the city would not be accomplished before late January, missing Prime Minister Haider Al Abadi's target of recapturing the whole city by the end of the year.
Iraqi commanders have talked about relieving pressure on CTS troops in the east by opening a new front in southwest Mosul, where federal police units are stationed just outside the city.
However, officers say three brigades from the police forces were being moved from south of Mosul towards the east bank, so they could directly reinforce the offensive there.
They were expected to arrive on Saturday, an army officer said, and would be tasked with driving IS out the Wahda neighbourhood where the Salam hospital - the target of Tuesday's assault - is located.
In Iraq, it has already been forced to retreat from Tikrit, Ramadi and Falluja, although its ultra-hardline group fighters still hold large parts of remote regions near the Syrian border, and an area of land southeast of Mosul.
But the slow progress in Mosul has raised fears among residents and aid groups that the city will forced to endure siege-like conditions for several months.
With winter setting in and the city effectively sealed off by the army and its allies from all directions, humanitarian problems are escalating.
United Nations agencies who distributed aid inside recaptured eastern areas for the first time on Thursday were almost overrun by residents suffering acute shortages of food, fuel and water, and often trapped for days at home by fighting.
Iraqi police had to fire in the air and threaten to whip crowds with a hose to maintain order.
Residents in areas still controlled by IS say food prices have risen and the cost of fuel has tripled.
"Certainly inside Mosul there is a big need for medical and humanitarian assistance," an aid worker who has recently returned from the Mosul area told Reuters.
"What we have no idea of today is the state of medical structures in Mosul and the precise needs of the population."
In addition to the food and fuel shortages, water supplies to large parts of Mosul were cut off two weeks ago when a pipeline was hit during fighting, a local official said.
Authorities have tried to ease shortages by sending dozens of water trucks a day to neighbourhoods under army control.