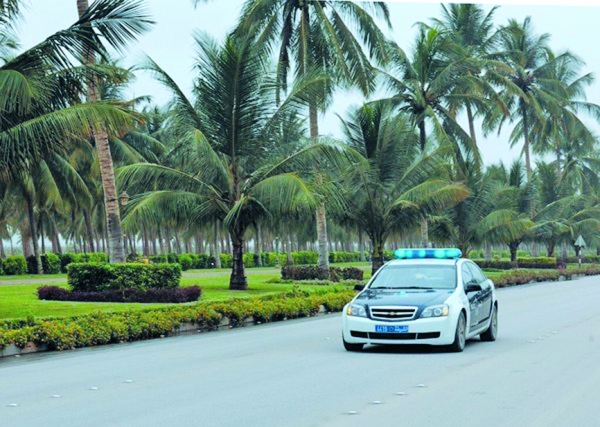 Muscat: Police are hunting for three suspects after an armed robbery at a bank in the Al Rumais area of Barka, Royal Oman Police (ROP) reported.
According to police, the suspects covered their faces when they entered the bank around 8am on Thursday morning.
According to the ROP, at least three robbers entered from the rear of the bank through the employee entrance at around 8am.
Meanwhile, robbery topped the list of crimes committed in the Sultanate in 2015, according to a report published by the Oman Public Prosecution.
The public prosecution handled 41,072 cases in 2015, compared to 45,306 in 2014, reflecting a 9.3 per cent decrease. A total of 3,620 reports received by the public prosecution were about felonies, a 22.5 per cent decrease compared to 2014 when 4,205 such instances were recorded.
Cases of misdemeanour, recorded at 37,332 in 2015, also decreased by 8 per cent, compared to 40,564 in 2014.
Misdemeanours made up for 91 per cent of the total cases handled in 2015.
According to the report, robbery was the most frequently committed crime in Oman, heading the top 10 list of crimes.
Robbery accounted for 6,780 of the total crimes committed, followed by 4,685 cases of “bounced cheques.”
Drugs related crimes came third in the list with 3,062 cases.
Violations of consumer protection law were the fourth most committed crime, accounting for 2,839 cases, followed by 2,372 instances of “insult to dignity” crimes recorded with the public prosecution. Labour law violations were the sixth-most committed crime with 2,293 cases. Traffic accidents cases numbered 1,900.
A total of 1,513 cases of doing minor harm were recorded while “entering the country illegally” and municipal violations made it to the top ten list, with 1,363 and 1,129 crimes, respectively.
The data reflected a one percent increase in the alleged suspects in all cases.
A total of 35,254 accused were booked in 2015, compared to 45,109 in 2014.
The number of accused juveniles also decreased by 3 per cent of the total suspects, from 1,309 in 2014 to 1,192 in 2015.
The number of male suspects increased by 340 in 2015, compared to 2014, as 41,803 such suspects were booked, comprising 92 percent of the total suspects.
Expatriate suspects’ number increased to 18,514 in 2015 compared to 18,131 in 2014. They formed 41 percent of the total suspects booked in 2015.