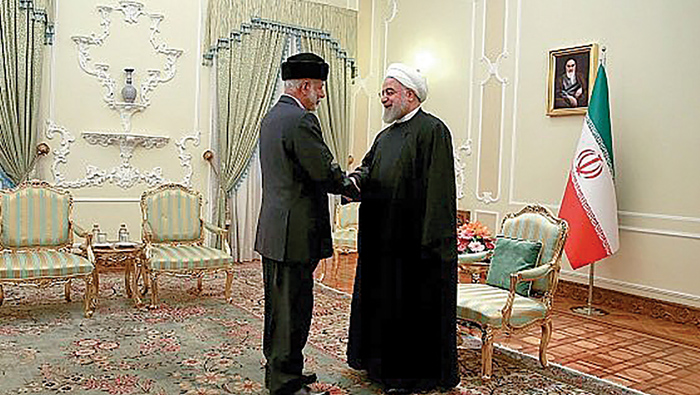 Tehran: President Hassan Rouhani of the Islamic Republic of Iran received in the Iranian capital on Tuesday Yousuf bin Alawi bin Abdullah, Minister Responsible for Foreign Affairs, who is currently visiting Tehran.
Alawi conveyed the greetings of His Majesty Sultan Qaboos bin Said along with best wishes of health and wellbeing to President Rouhani and the Iranian people permanent progress and prosperity.
On his turn, the Iranian President asked Alawi to convey his greetings along with sincere wishes of health and wellbeing to His Majesty the Sultan and the Omani people further progress.
The meeting reviewed the bilateral relations between the two countries in all fields, as well as issues of common concern and the latest developments in the region.