US President Trump refuses to take part in impeachment hearing 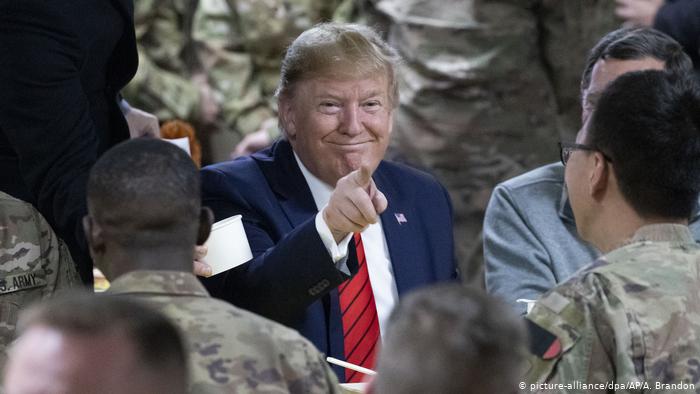 White House Counsel Pat Cipollone said on Sunday that US President Donald Trump would not be taking part in the impeachment hearing.

Cipollone wrote to the Judiciary Chairman Jerry Nadler saying Trump would not be sending representatives to Wednesday's hearing.

The letter said that neither the president nor his lawyers would be taking part in this week's hearing, claiming a lack of "fundamental fairness."

Cipollone wrote to Democrat Nadler stating that Trump's team "cannot fairly be expected to participate in a hearing while the witnesses are yet to be named and while it remains unclear whether the Judiciary Committee will afford the president a fair process through additional hearings."

Cipollone also accused Nadler of intentionally planning Wednesday’s hearing while Trump is out of the country. He wrote: "You scheduled this initial hearing — no doubt purposely — during the time that you know the president will be out of the country attending the NATO leaders meeting in London.

Cipollone added that the White House would respond separately regarding a second hearing before Friday's 5 p.m (10 p.m. GMT) deadline. Nadler set the limit for Trump to say whether he or his legal counsel would take part in further proceedings expected next week to examine evidence against him.

The president has complained that Democrats are going against the US Constitution by not allowing him "due process" in the inquiry. The impeachment process is taking place in the US Senate rather than the president's preferred option of the House, where Trump and his legal team would be afforded the opportunity to mount a defense.

Wednesday's hearing is the Judiciary Committee's first and is set to analyze the legal basis for the investigation of the 73-year-old president.

At the center of the scandal is a secret intelligence whistleblower complaint about the president's July 25 phone call with Ukrainian President Volodymyr Zelenskiy, in which Trump allegedly pressured his counterpart to dig up dirt on former vice president and possible 2020 Democratic rival Joe Biden and his son, Hunter.