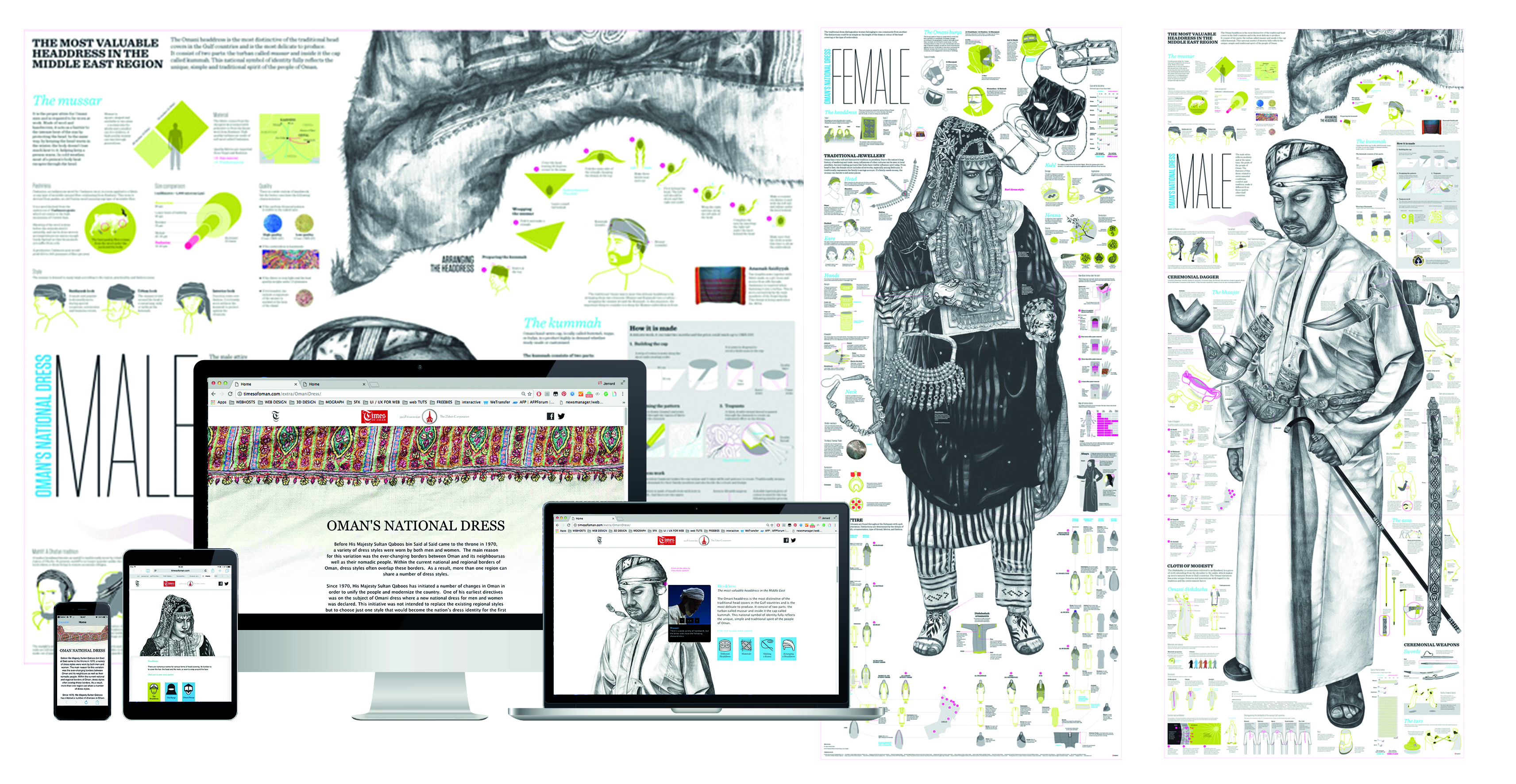 Muscat: Times of Oman has scooped two more digital honours picking up wins in the prestigious European Newspaper Awards.
Now in its 18th year, the ENA competition chose two projects by timesofoman.com – the only Gulf site to win - for Awards of Excellence in the category of Online Infographics.
**media[557290]**
The first, timesofoman.com/extra/OmaniDress is a microsite that explores the rich heritage of Oman’s national dress. This has already picked up the World Association of Newspapers (WanIfra) Middle East Data Visualisation prize and then went on to be named as its global winner.
The second project to win, timesofoman.com/extra/rio2016 is an innovative interactive graphic which explored the construction and history of the Olympic Torch for this year’s games in Brazil.
Times of Oman’s Chief Executive Editor Scott Armstrong said: “2016 has been a strong year for timesofoman.com for growth, both in audience and traffic and in digital creativity.
“We are already excited for what 2017 holds as we push ourselves further.”
Times of Oman also picked up four awards in the print Sectional Front Pages category from its features section in the ENAs.
At the 2016 WanIfra Middle East Digital Awards in Dubai earlier this year timesofoman.com earned two gold and three silver honours.