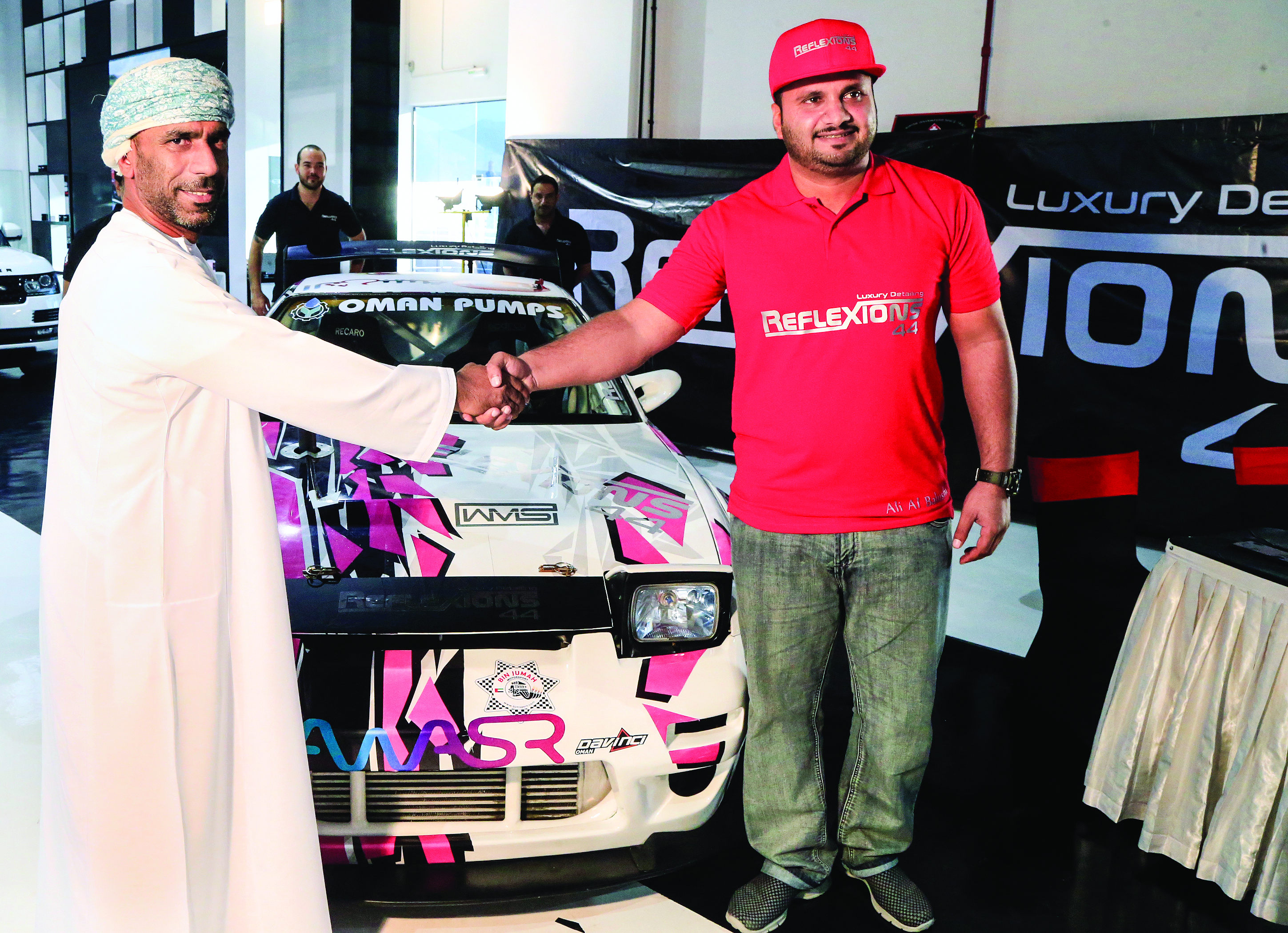 Muscat: Oman’s Ali Al Balushi is hoping to drift to glory in the Red Bull Middle East Drift Championship with the support from Reflexions 44. Oman’s ‘King of Drift’ is delighted to get the backing of the country’s largest and most professionally-run car care centre ahead of his participation in Friday’s regional final to be hosted in the Sultanate. Ali Al Balushi formally signed a sponsorship agreement with the Reflexions 44 during an impressive ceremony at the luxury car detailing company on Tuesday. As per the agreement, the Reflexions 44 not only sponsors Ali’s participation in the event but also sets up his car for the all-important final. After the signing and exchanging the documents with company’s Managing Director Sheikh Khalid Al Wahaibi, a delighted Ali Al Balushi said: “I am happy to get the backing of Reflexions 44 ahead of the final and I hope to perform well in front of my home fans.” In his remarks, Shiekh Khalid Al Wahaibi said: “It’s a privilege to support such a talent. Ali is the best drifter in the country and we are only happy to sponsor the champion drifting driver.” Sparkling new look On the occasion, Sheikh Khalid Al Wahaibi also unveiled Ali’s redone Toyota Celica. Ali was obviously delighted with the sparkling new look of his decades old machine, which is now restored, refurbished and ready for the championship race. With the right kind of support, both from his new sponsors and his home fans, Ali is hoping to achieve his dream of winning the title. After settling for second place in 2014 and 2015, the Omani drifter is confident of going all the way this time around. “I am really looking forward to show my skills in front of Omani fans. I am happy with the car and I am ready for the challenge... ready to fight for the title,” Ali added. Ali qualified for the final after winning the Oman leg of the championship for the fourth consecutive year. Haitham Al Hadidi and Tarek Al Shaihani, who finished second and third in the Oman event, will also represent the Sultanate in Friday’s final.