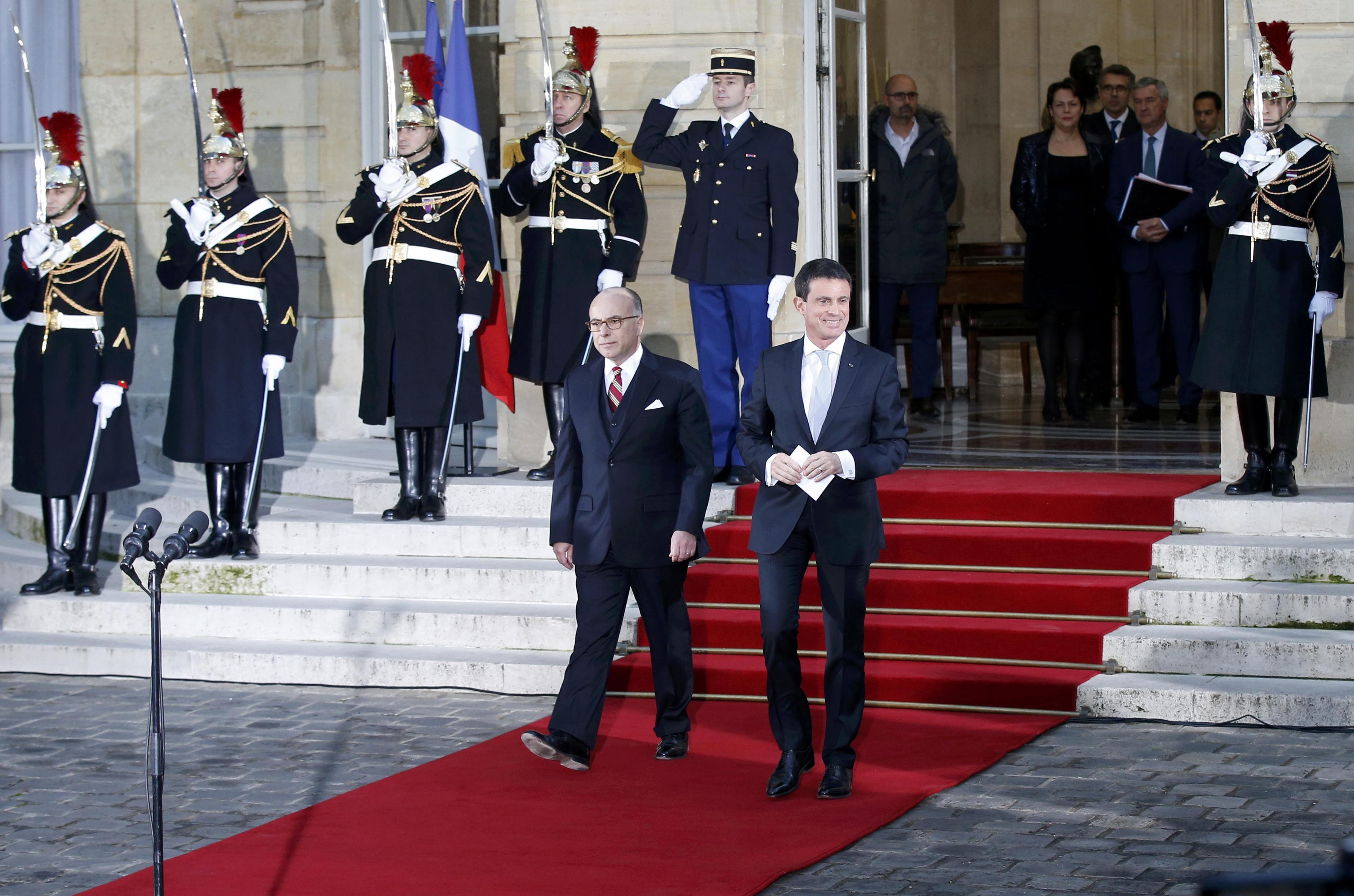 PARIS: French President Francois Hollande on Tuesday appointed Interior Minister Bernard Cazeneuve as prime minister until a new president is elected next May.
The appointment followed the resignation of Manuel Valls, who quit to run for president after Hollande himself decided against seeking a second term. Cazeneuve will play caretaker ahead of the next year's vote, where Marine Le Pen's anti-immigrant, anti-European Union National Front hopes to repeat anti-establishment upsets seens earlier this year in Britain, the United States, and this week in Italy.
"The world has changed drastically in a matter of months," Jean-Marie Le Guen, a minister and close ally of Valls, told RTL radio.
"The extreme right is on the threshold of power. The right is more brutal than anything we've ever seen."
Italian voters last weekend rejected constitutional reforms proposed by Prime Minister Matteo Renzi, forcing him to resign and opening period of political uncertainty there.
That followed the election of Donald Trump as US president and a referendum where Britons chose to quit the European Union.
As interior minister since April 2014, Cazeneuve has dealt with extremist militant attacks that have killed more than 230 people since January 2015. He has also overseen imposition of emergency rule imposed in their wake.
Cazeneuve, 53, a former Europe and budget minister, is known as 'The Cardinal' because of his distant, dead-pan manner.
Polls so far suggest that the Left faces humiliation in next year's presidential election after five years in power.
The polls suggest a vote boiling down to a duel between conservative candidate Francois Fillon and Le Pen, with Fillon winning.
Valls first needs to win a Socialist primary in January against tough competition from more traditional leftists.
An Ifop-Fiducial opinion poll published on Tuesday suggested no left-wing candidate would go far in the presidential vote.
It gave Valls a score of 10 per cent, eliminating him ahead of a Fillon-Le Pen second-round duel that it saw Fillon winning with 65 per cent of the vote. Hollande said his job in the time left was to protect France.
"And protect things I deem vital: cohesion, a way of living, freedom, and a social welfare model that unites us." Bruno le Roux was named to replace Casenove as interior minister.