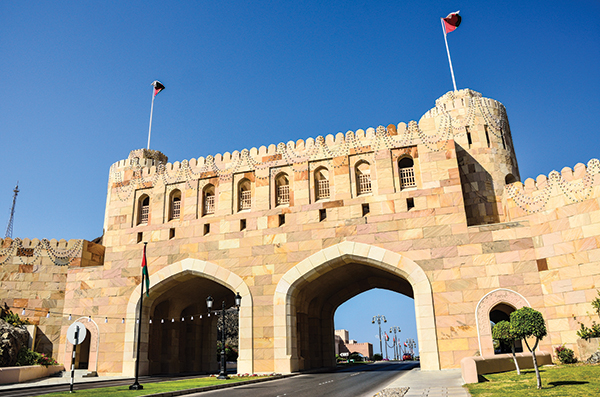 With thousands of artefacts and other valuables of historic importance housed under one roof, there are millions of reasons to visit a museum, like these five favourites right here in Oman.

1. National Museum of Oman
It houses more than 7,000 collectables across themed galleries and the upper level offers a majestic view of the Al Alam Palace. With its modern technology they have 43 digital interactive media devices, the first full UHD cinema, Arabic Braille, and more. The focus of this contemporary museum is on quality, education, and preservation. Be it the ancient chests, mandoos studded with metal and stone buttons, or ancient utensils the exhibits are a sight to behold. The Maritime History Gallery has seven small models of Omani ships and one big vessel and the Arms and Armour gallery houses swords, spears, battle axes, shields, arrows, archery tools, arrow head with shark teeth, flint drills and pins, and Omani khanjars. The Land and the People Gallery, the Currency Gallery; and the Timeline Gallery, along with the Civilisation in the Making Gallery, also showcase many interesting things.
+968 2208 1500

2. Oman Children’s Museum
This museum in Al Qurum area simplifies science and technology and presents them in an animated version, allowing visitors to see the vital role played by science in various aspects of life. The two large domes of the museum are visible from afar and it houses several interesting things which are of special interest to children and adults alike. Segregated into three sections, the most visited area is the section where children are able to participate in learning activities. Simple things like knowing how to change gear or experience the effects of lightening, taking pictures of one’s own shadow or feeling the optic illusion, there are plenty of things to see. Children get swayed by the Whispering Dishes where sounds of whispers traverse from one dish to the other which are kept far apart. Other things of interest are the life sized human skeleton and the mirror that reflects the pattern of stars.
+968 2460 5368

3. Sur Maritime Museum
The Sur Maritime Museum charts the history of shipbuilding in the town. With its strong seafaring connections, it is hardly surprising that the legendary sailor, Sinbad, is thought to have originated there. A replica of the type of boat Sinbad sailed is situated in the Al Bustan roundabout in Muscat. The maritime museum is Sur houses pictures and models of Omani ships and their captains and shipbuilders, the ports the ships frequented, as well as the equipment and tools used for navigation, such as instruments, maps, and manuscripts.

4. Bait Al Zubair
Located near the Ministry of Information on Al Saidiya Street, the museum has a notable extensive collection of ancient weapons including khanjar, household equipment, costumes most of which derive from the owner’s private collection that showcase Oman’s rich cultural heritage. From traditional Omani weaponry, jewellery, and costumes, to furniture, old maps, photographs, coins, stamps, musical instruments, documents, and manuscripts, thousands of items are on display.
baitalzubairmuseum.com
+968 2208 4700