On the ball: Golf Fore Autism, a truly humbling experience in Muscat 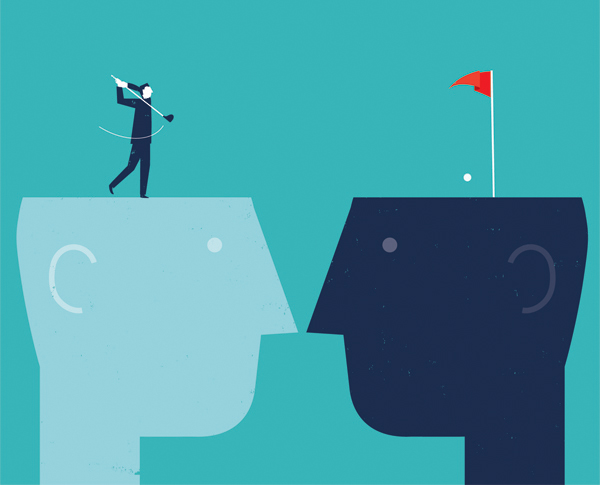 In today’s fast paced world, coupled with an information explosion and mounting concerns about the future, it is sometimes easy to forget that all humans are inherently good people. Fortunately, once in a while, a spectacle comes along to remind you of just that: On the 10th of November, 2016, more than OMR14,000 were raised towards autism awareness at the third Golf Fore Autism charity tournament at Al Mouj Golf.

Not only did many of Oman’s best and brightest sacrifice a day — although playing a few round of golf cannot really be called that — to raise funds for a good cause, their companies also generously donated a thousand bucks apiece towards this noble initiative.

As the weekend approaches, our biggest concerns might be where to while away a few hours with a coffee or which fancy new restaurant to try.

For Steve Johnson and his wife Kylie, though, going out to a restaurant or having a hot drink is an endeavour that has to be planned well in advance. “We came to Oman about six years ago,” says Steve, who works as the Golf Superintendent for Al Mouj Golf.

“Our elder son Lachlan was diagnosed when we went back to Australia on holiday and we were told he had Sensory Processing Disorder, which is on the autism spectrum. “If you are walking down a dark alley and are startled by a cat, you might get scared, but you will realise what it is and calm down, but he doesn’t have the facility to calm down,” he explained. “We’re very fortunate that he is developing through it, but he does have his own challenges.”

“Whenever we have to go to a restaurant, we have to order his food first because he doesn’t process cold food the same way we do,” added Kylie. “He likes everything to be cold and he can’t handle hot food, so they make his food first and then we order our meals so that we can eat as a family.

“Lachlan cannot handle anything hot yet,” his mum continued. “Whatever it is has to be given to him cold, even if it’s a drink. Even if it’s a shower, he’ll want to take a cold one, which can be particularly hard in this weather. Fortunately in our home we have a chiller in our pool, so sometimes he’ll just jump in there and that’ll be his bath.”

Six-year-old Lachlan was called upon to take the first swing at the Golf Fore Autism tournament. As he revelled in the applause the players and staff gave him after he’d struck the ball a fair distance along the fairway, I couldn’t help but be amazed at the hurdles he’d had to overcome to get here. A few years ago, Lachlan had to be taken away from his own birthday party because he couldn’t bear the sound of other people singing for him, but he’d fought his way through that heart-wrenching moment (yes, I’m pretty sure you felt the same way) and as he high-fived me after his mum and dad had posed with him for a photo, I thought of how Lilliputian my minutiae of first-world problems were as compared to his.

Now, Lachlan is enrolled in school with others his own age, and is outpacing the rest of the class when it comes to academics. “This social interaction is something that all children on the autism spectrum need,” his parents tell me. “We want Lachlan to be in a position like everyone else, where he can pay taxes and contribute in a meaningful way to society.” And society surely has helped Steve and Kylie in their efforts to bring more awareness to autism in Oman. “We were having a lot of trouble getting the paperwork organised the first time around, and then the Association for Early Intervention for Children with Disabilities in Oman stepped in and got all the documents sorted for us,” recalls Steve.

The golfing community also banded together to aid Steve. All it took was a single email to 2015 Masters winner Adam Scott and current Masters champion Danny Willett, who responded with 18 autographed flags, which were auctioned off at Golf Fore Autism. More memorabilia poured in from golfers Tom Watson and Jon Daly, while Ernie Els, Trevor Immelman, Graham McDowell and Henrik Stenson sent him an autographed golfing bag.

Champion golfer Rory McIlroy sent a replica golf club and signed shirt, while more was sent by Padraig Harrington, Kegan Bradley, Webb Simpson, and Bubba Watson. “Everyone’s been really helpful to us, and we want to continue to be able to give back to society and raise awareness for autism in Oman,” said Steve. “Help yourself to the food, by the way, there’s heaps going around.” There was, and it was delicious. But it is the food for thought that will live long in my memory. —[email protected]