Message to Modi: Do no more harm 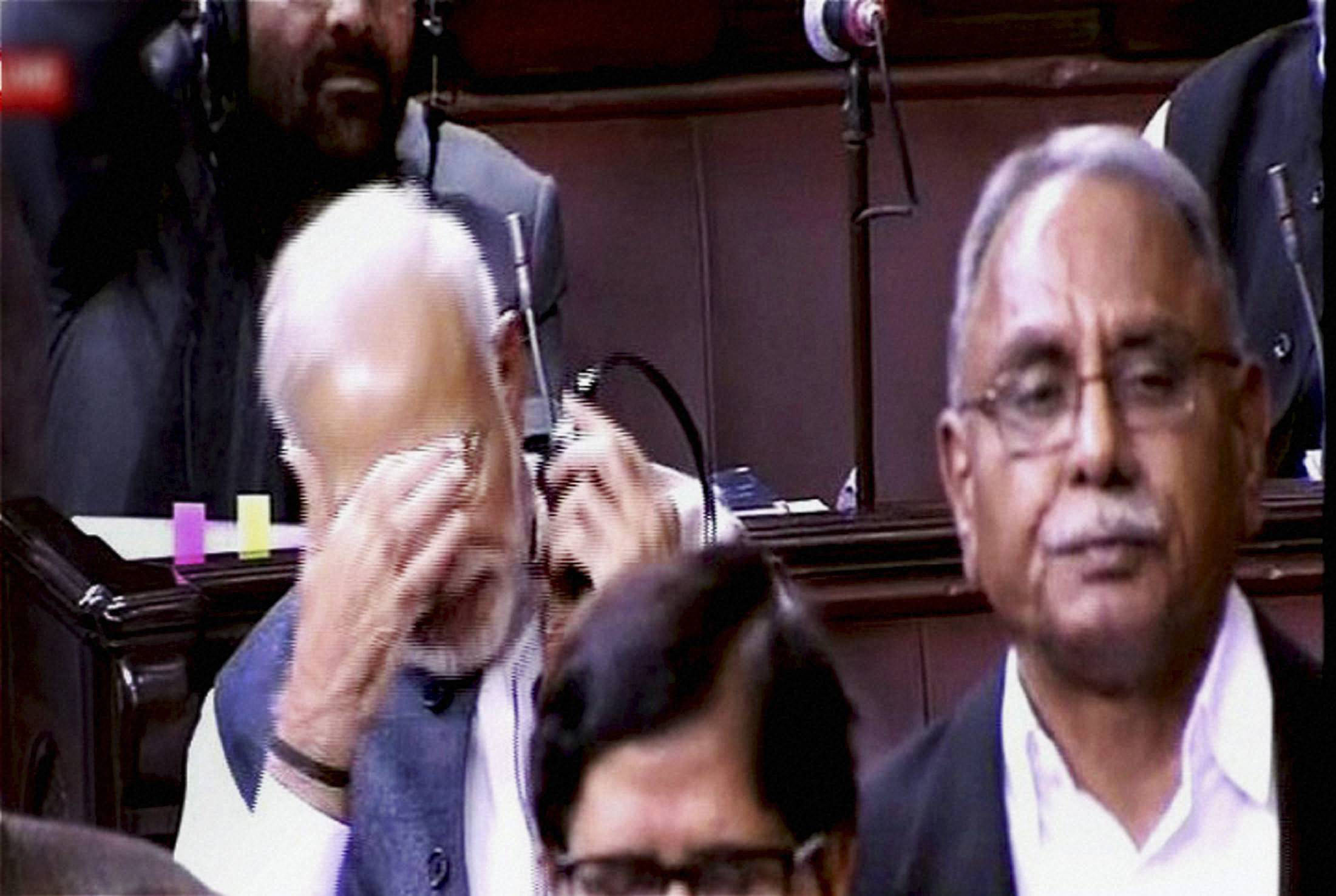 India again posted world-beating growth numbers last week: Gross domestic product grew 7.3 per cent in the quarter between July and September. But the question remains, so what? After all, none of this data covers the period after November 8, the date Prime Minister Narendra Modi abruptly declared 86 percent of India’s currency would be withdrawn from circulation.
In the weeks since, the chaos accompanying “demonetisation” hasn’t eased up noticeably. It seems likely the disruption to the economy, especially in cash-centric rural India, will hit growth sharply for at least a few quarters. It’s tough to say for how long and by how much; we are in uncharted territory here and guesses have varied widely. But many analysts agree with former Prime Minister Manmohan Singh, who’s predicting the new policy will knock 2 percentage points off that world-beating GDP growth rate.
It's too late for Modi to backtrack now, not least because demonetisation remains, in spite of all the chaos, relatively popular politically. But it’s crucial that the government not compound its mistakes going forward.
Perhaps most importantly, the government should be careful not to strain its political narrative too much. Demonetisation was originally sold as a “surgical strike on black money” -- the illicit piles of cash many rich Indians have accumulated out of sight of the taxman. It’s now clear the policy has been anything but surgical. Worse, uncomfortable questions are being asked about whether the complicated rules and exemptions that have accompanied demonetization have allowed black-money holders to launder most of their cash. Of late, Modi’s chosen to focus instead on demonetisation as means of advancing a cashless economy.
Yet the idea of a war on unaccounted-for wealth remains central to demonetisation’s popular appeal, which means Modi will have to find other ways to keep that narrative going. So the government has now begun to push income-tax officials to conduct raids on those who might be concealing assets in forms other than cash, such as gold.
Enforcement is naturally an important component of any tax administration. But India has experimented with a “Raid Raj” before and it's led only to corruption, harassment of ordinary citizens and the targeting of political enemies.
There’s already enough fear of such raids becoming common again that the government felt the need to step in to quell some of the anxiety. That didn’t help much. The government “clarified,” among other things, the rules governing when tax officials could seize gold: Nothing would happen “if the holding is limited to 500 grams per married woman, 250 grams per unmarried woman and 100 grams per male.” It also said that there would be no limits on jewelry “provided it is acquired... from inheritance.” Also, the “officer conducting [the] search has discretion to not seize [an] even higher quantity of gold jewelry.”
What this means, unfortunately, is that India’s income tax officers have just won the lottery. During a raid, they can, on the spot, decide whether or not to confiscate a family’s gold holdings. And remember, India has an enormous amount of gold -- 20,000 metric tons, much of it inherited. (The rules governing simple searches are different, but few know that.) Rather than cleaning up tax administration, the government has handed tax officials more power than they’ve had for decades. The rich will pay what they need to escape harassment; the rest will suffer.
The worry is that the government, having committed itself to draconian measures to seize black money, will resort to more such attempts to live up to its promises. An India in which individuals are constantly concerned about their ability to explain their returns and their assets to powerful and poorly monitored tax officers is not one in which investment is likely to pick up. It fell another 5.6 per cent in the latest GDP figures -- the third successive quarter it’s dropped.
Without a pickup in investment, growth will suffer, even if the hit from demonetisation proves to be limited. Before plunging ahead in order to show off its toughness against tax cheats, the government might want to do something it apparently didn’t do before withdrawing billions of banknotes from circulation: Think of the consequences. - Bloomberg View