At least 11 killed in hotel blaze in Pakistan 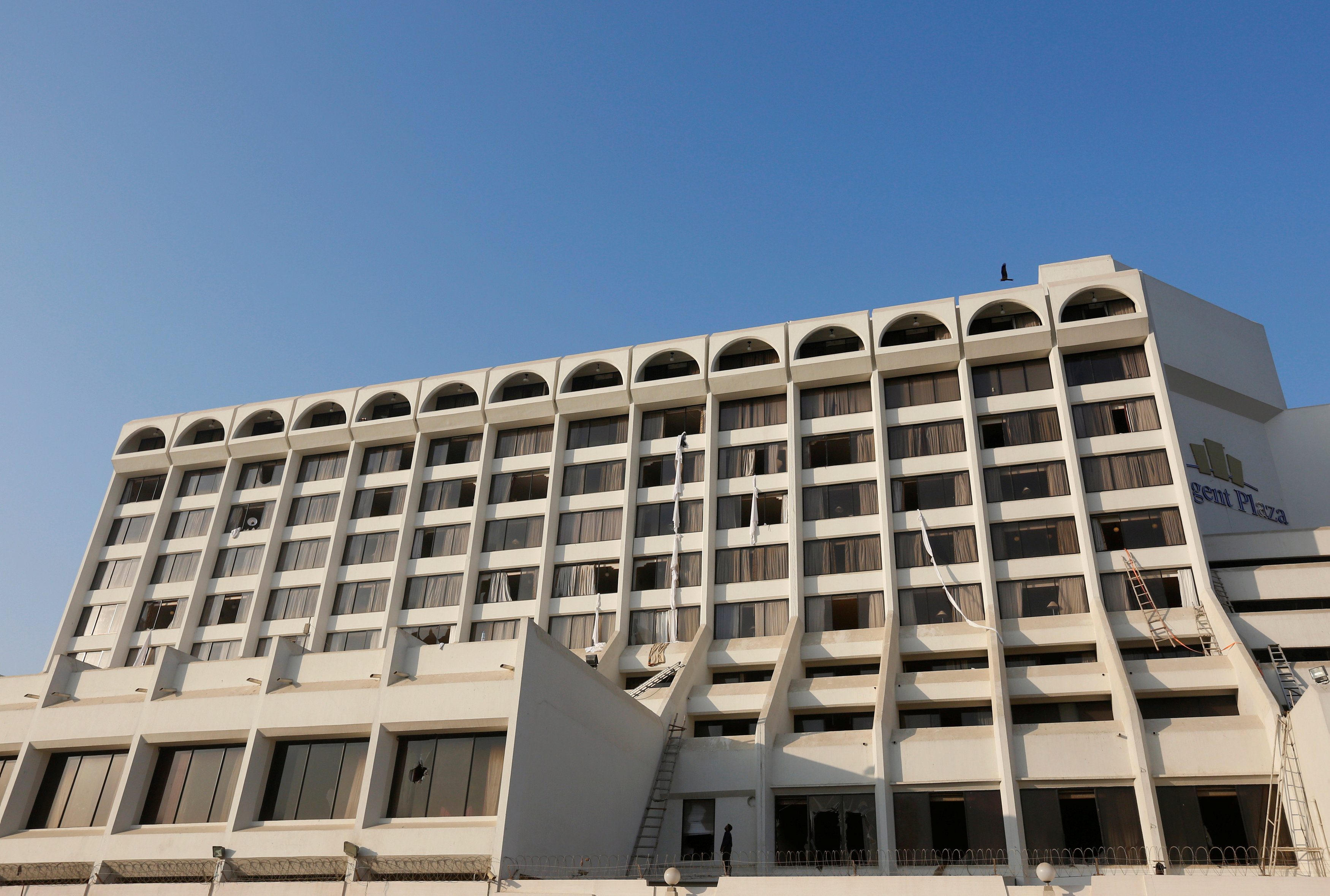 ISLAMABAD, Dec 5 (Reuters) - A fire at a luxury hotel in the Pakistani city of Karachi killed at least 11 people on Monday and injuring dozens, media reported.
The blaze broke out in a ground floor kitchen of the Regent Plaza hotel and trapped guests in upper floors, the English-language Dawn newspaper reported. The hotel has more than 400 rooms.
Video footage showed some hotel guests using a chain of bed sheets to climb down from windows of top floors as smoke filled the hotel
Karachi Mayor Waseem Akhtar told reporters the cause of the fire was not clear.
Many Pakistani buildings have lax health and safety standards, while the city's firefighters are often equipped with poor and inadequate equipment.
A Reuters cameraman said the fire had been contained by 9:30 a.m. (1430 GMT).
Dawn reported at least 65 people were injured, citing a senior doctor at the city's biggest hospital.
It is not clear if any of the victims were foreign tourists. (Reporting by Drazen Jorgic; Editing by Robert Birsel)