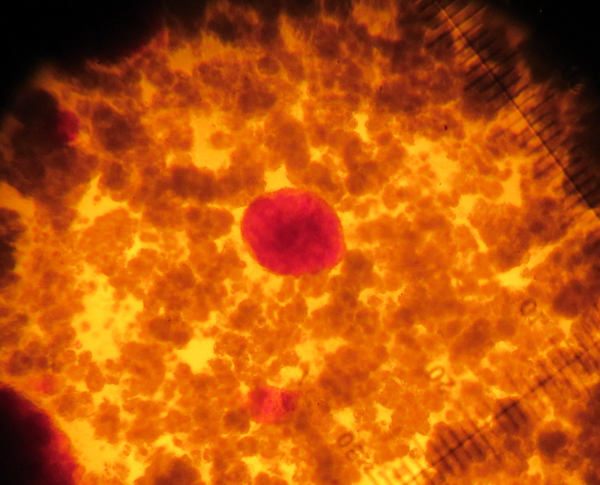 Often, we keep hearing about new drugs, gadget, and procedures in the world of health and well being. One that is in news is islet cell transplantation that gives hope to a diabetic who requires multiple insulin injections, especially so for Type 1 diabetic patients.

What are islet cells?
The human pancreas is about the size of the hand and is located behind the lower part of the stomach. It has both digestive and endocrine functions. There are clusters of hormone producing cells called the islet of Langerhans in the pancreas which takes care of its endocrine function. It’s named after the scientist who discovered it.

What is the function of the islet of Langerhans?
Discovered in 1869 by Paul Langerhans, about 1 million islets constituting roughly 1 to 1.5 grams is composed of four different types of cells. The beta cells, which are the largest in number, secrete insulin. The alpha cells secrete glucagon and the pancreatic polypeptide cells secrete pancreatic polypeptide. The delta cells secrete a hormone called somatostatin. All these hormonal products have significant roles in the metabolism of an individual.

What happens to the beta cells in a person with diabetes?
In a Type 1 diabetic, the beta cell loses its ability to secrete insulin and the patient becomes insulin deficient. Hence, the patient requires insulin for survival. In a Type 2 diabetic patient, the beta cells secrete insulin but there is significant resistance to the action of insulin. However, Type 2 diabetic patients may require insulin for adequate glycemic control after many years of living with diabetes as their insulin secretion decreases with time.

What are the current treatment options that are popularly available for diabetes?
In a Type 1 diabetic patient, insulin replacement is the treatment. The required dose of insulin is given as injections via syringes or insulin pens. Insulin pumps have also become extremely useful for a selected group of patients.
In a Type 2 diabetic patient, oral hypoglycemic agents are the drugs that are initially used. If the patient encounters a critical illness or if the glycemic control is inadequate with the drugs, then the patient needs insulin therapy for augmentation. Insulin can be delivered through any of the ways as described above.

Is this something newly tried and how successful is it?
In 1893, Watson Williams attempted to transplant pancreatic fragments of sheep to a 15-year-old boy. The English surgeon Charles Pybus (1882-1975) tried pancreatic grafts to cure diabetes. Years later, Paul Lacy isolated islets from rodent pancreas. In 1976, the first successful human-to-human islet cell transplantation was carried out. Much research is ongoing and variable results have been shown in different centres all over the world. The famous Edmonton protocol (a regimen of immunosuppressant medicines) when applied showed that 70 per cent of patients who had transplantation did not require therapy with insulin injections at the end of two years and 10 per cent of the patients didn’t require insulin therapy at the end of five years. It’s noteworthy that though patients required insulin at the end of five years, they were able to reduce the need for insulin and achieved better glucose control. Today, newer approaches have increased the insulin free period considerably.

How is it done?
Typically a person receives 10,000 islet ‘equivalents’ per kg body weight taken from two deceased donor pancreases. After injection of an enzyme called collagenase into the duct of the pancreas, pieces of pancreatic tissue are removed and put into a specially designed chamber called the Ricordi chamber where islets are isolated. The isolated islets are then purified to remove the exocrine tissue from the endocrine tissue. Under radiological and ultrasound guidance a catheter is placed in the portal vein of the liver through which the islets are infused. This is done under local anaesthesia. In short, the islets are isolated, purified, processed and transferred to the recipient. With time, the islets are expected to secrete insulin. It must be stressed that the patient needs to be on immunosuppressive medications for life, as the body would otherwise reject the islets that are infused.

Are there any challenges, risks and side effects to this procedure?
The challenge in this procedure is in getting enough donors, as each recipient would require at least two donors. Furthermore, the current methods of isolation generate only 50 per cent islets, which are ready for transplantation. Only few recipients have remained insulin free for more than five years after the transplant thus highlighting the need for improvement of knowledge and expertise in this rather new field. The immunosuppressive medications can cause significant side effects and increases the chances of opportunistic infections in a significant number of patients. Lastly, it’s a very expensive procedure and that prohibits its use greatly.

What are the positive aspects of this procedure?
It’s a non-surgical procedure. There is nothing better than being insulin independent if the procedure is successful. Significant improvement in quality of life is an added benefit. The complications can also be kept under control once a patient is euglycemic. It’s also known that transplanted patients respond better to hypoglycemia (low glucose levels).

What is in store for the future?
Newer cost effective agents with lesser side effects to counter immunosuppression and encapsulated islets, which help limit rejection, are being tried. Alternative source of beta cells from adult stem cells are being looked into for potential use. Xeno-transplantation (transplant from animals) is being explored as a viable alternative.
—[email protected]