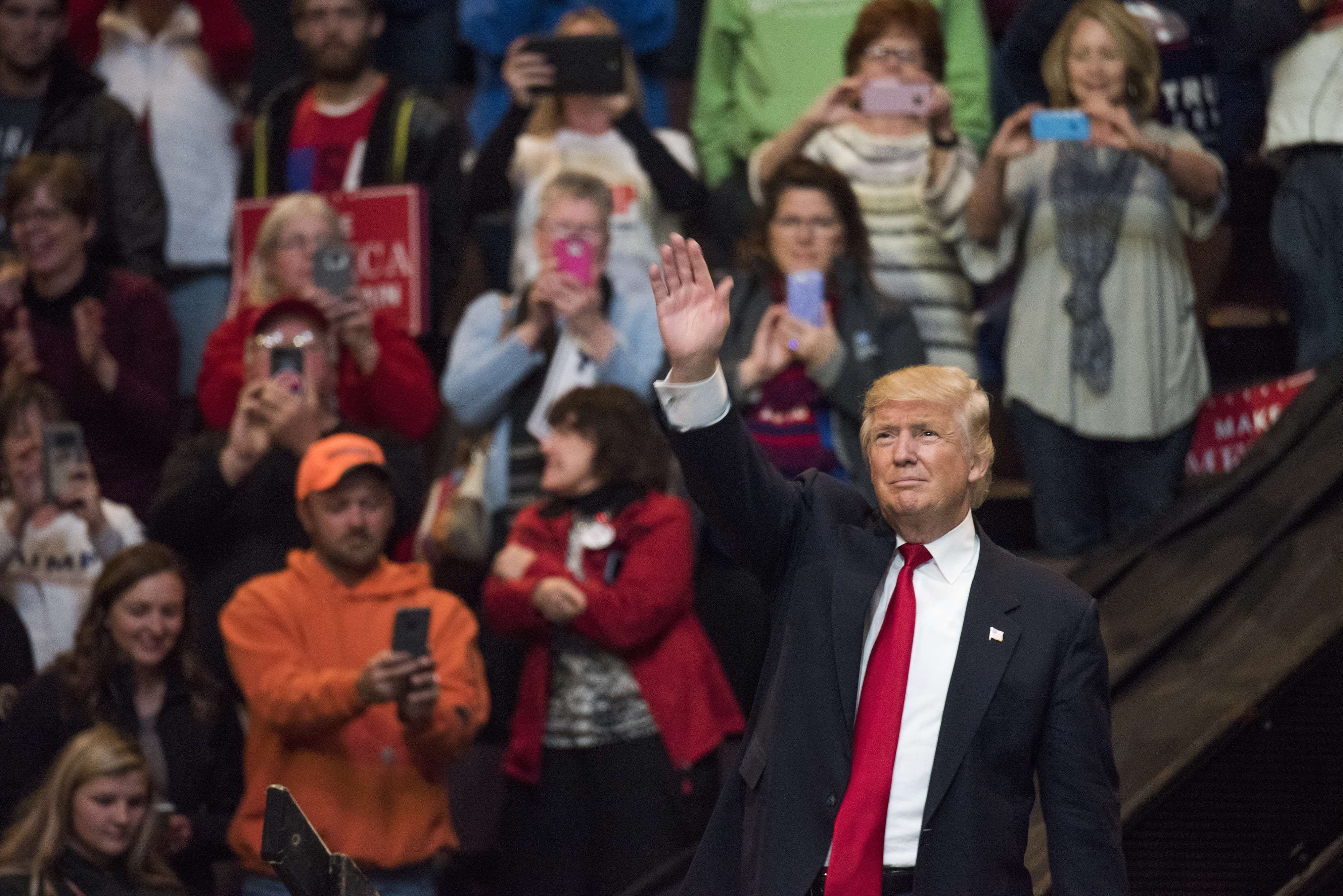 One of the biggest conflicts in Washington next year will be the one between the mainstream media and the most anti-press president since at least Richard Nixon.
The relations between presidents and the press always are adversarial (each has different objectives) and symbiotic (each side needs the other).
Donald Trump not only has shown contempt for much of the media, equating fairness with favourable coverage, but also he's vowed to "open up our libel laws."
So "when The New York Times writes a hit piece which is a total disgrace," he said, "we can sue them and win money instead of having no chance of winning because they're totally protected. You see, with me, they're not protected."
He also has threatened Jeff Bezos, Amazon's chief executive, who owns the Washington Post, which has published stories that have infuriated him. Bezos, he said, has "a huge antitrust problem" and ought to be paying more taxes.
The president-elect has frequently whipped up his followers by labeling specific reporters liars. In at least one instance, the Secret Service had to escort a reporter to her car at a rally where she was threatened by people in the crowd.
This is more worrisome than his rants about left-wing media bias and the others like them in the press. He is not nearly as creative as former Vice President Spiro Agnew who, before he was driven from office for accepting bribes, called the media "nattering nabobs of negativism."
"Trump wants 100 per cent stories that love him," says Stephen Hess, the Brookings Institution scholar who has studied relations between Washington politicians and the press for decades. "At the moment, he can play games. But if his ignorance and ego try to change basic laws, he will be rolled over."
It's not clear, however, how much of the media will stand up to bullying in a highly competitive and financially challenging environment. During the primaries, too many, especially among cable-news and TV-interview shows, offered special arrangements for Trump, who drew audiences, and offered little examination of his superficial policy pronouncements.
He has shown no signs of changing in the three weeks since winning the presidential election; the press response has been inconsistent.
Trump recently asserted that there had been "millions of people who voted illegally" on Novemner 8, and suggested that this fraud prevented him from winning the popular vote, which he lost by more than 2 million. There is no evidence to substantiate this phony charge, and the notion of widespread voter fraud has been refuted by innumerable studies.
Some news outlets played the assertion straight, as if it were a real story. Others, including the Washington Post and New York Times treated it as a falsehood.
That is also the approach taken by Jeff Zeleny, a respected reporter for Cable News Network, and earlier the New York Times. He called Trump "a sore winner" who offered "no hard evidence" for a charge that appeared "baseless." Trump then accused CNN of continuing bias against him and said Zeleny was a "bad reporter." How will CNN executives react?
Trump uses his personal Twitter feed and some sycophantic news media, including Brietbart News, whose former executive chair, Steve Bannon, is now his top counselor. The president-elect calculates that he can bypass some of the mainstream media, if he doesn't intimidate them first, and can capitalise on the public's mistrust of the press.
A daunting challenge for the media is that more than any other major figure in recent memory -- there is no polite way to put this -- Trump has lied repeatedly. He has done so about opposing the war in Iraq before it started; about mocking a reporter with severe physical disabilities, and about his rationale for withholding his tax returns as a candidate. Schooled years ago by Roy Cohn, Joe McCarthy's unsavory counsel, Trump shrewdly grasps that if he repeats untruths, much of the media will lose interest in holding his feet to the fire.
Yet the responsibility of the press is to hold a president accountable for his actions, integrity and ethics. It is not new or unusual for presidents -- or presidents-elect -- to be angry about news coverage. Bill Clinton used to fly into a rage about his, and was certain the New York Times had it out for him. Barack Obama has been contemptuous of what he considers the shallowness of much of the media. These presidents, like most politicians, provide the most access to journalists they favour. But few seriously worried that Presidents Clinton, Obama, Ronald Reagan or George H.W. Bush would seek revenge, legally or otherwise, upon media critics. That same comfort doesn't exist with Trump.
And Trump is not surrounded by people likely to dissuade him. President John F. Kennedy, who understood and basically appreciated the role of the press in a democratic society, once intemperately told his Federal Communications Commission chairman, Newton Minow, to complain to NBC News about a story. A short while later, Minow called a White House aide and said Kennedy was "lucky to have an FCC chairman who doesn't do what the president tells him."
There don't appear to be any Newton Minows in the Trump entourage. - Bloomberg View