Flights disrupted at Dubai airport due to fog 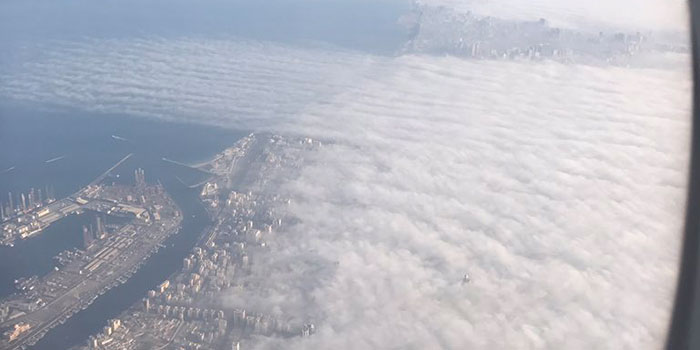 Muscat: Severe fog has led to disruption of flight operations at Dubai International Airport, an airline has tweeted.
"Disruption at Dubai International Airport due to severe fog. Please check flight status before going to the airport," Emirates tweeted on its official twitter handle.
Yesterday, bad weather forced an Oman Air flight to divert to Delhi, the airline announced in a tweet.
The flight, heading to Lucknow, was diverted due to fog.