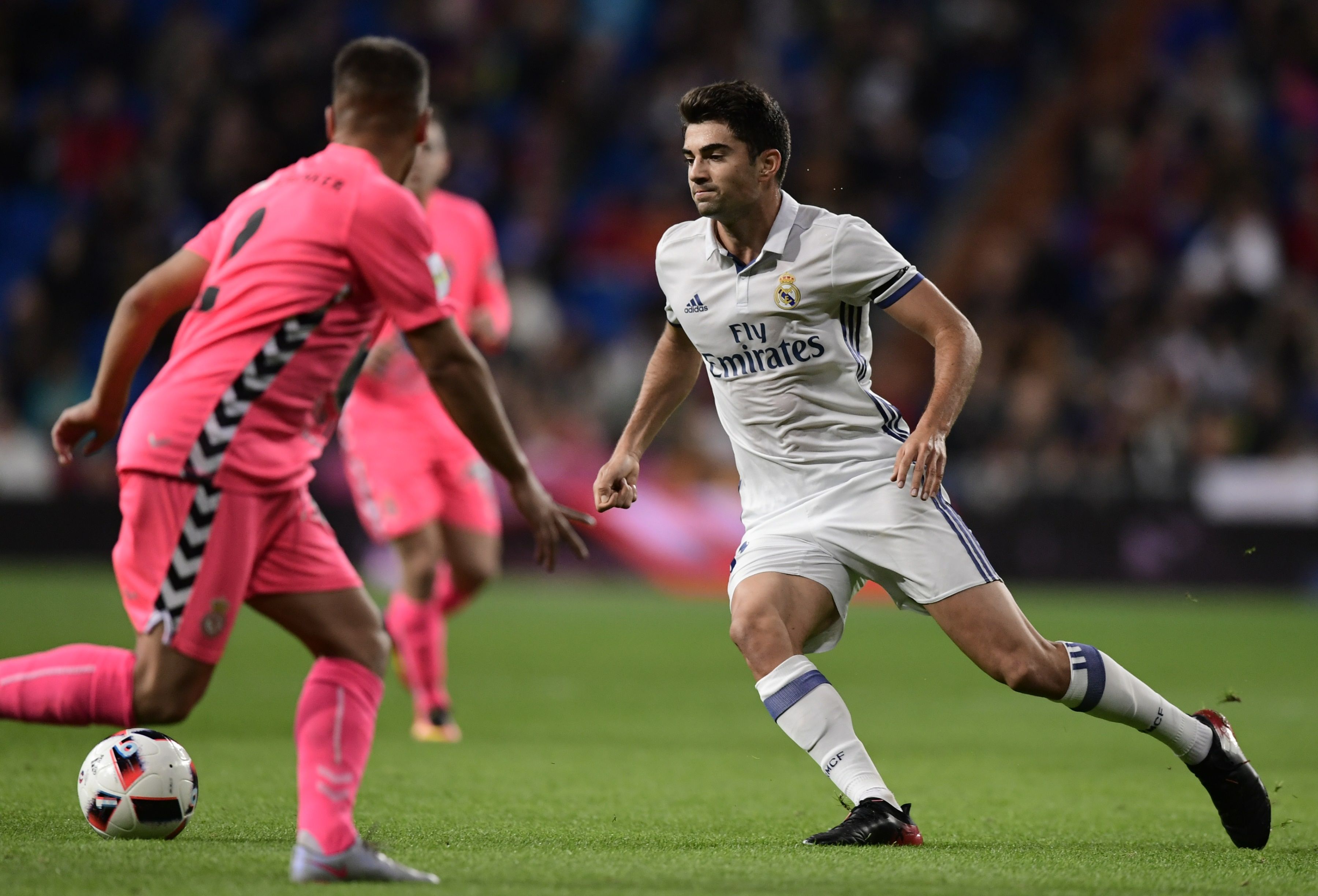 Madrid: Barcelona were held 1-1 by lowly Hercules in their King's Cup last 32 first-leg match on Wednesday while Mariano scored a hat-trick as Real madrid romped to a 6-1 second-leg victory over third-tier Cultural Leonesa and a 13-2 aggregate triumph.
Barca's Carles Alena struck a sublime effort in the 58th minute to cancel out David Mainz's close-range opener six minutes earlier as the cup holders came from behind but had to accept a draw in a match they dominated.
The Spanish champions' struggles in La Liga followed them to Segunda B side Hercules as a much-changed side made it three domestic games without a win after a disjointed performance.
"In terms of the intensity, I didn't see relaxed players," Barcelona coach Luis Enrique told reporters. "We wanted to win.
"I'm not happy, but we've tried to create problems for a team that has changed its system to have five players in defence."
Real madrid, playing a leg earlier than everyone else ahead of their Club World Cup campaign, held a 7-1 lead after the first game and made short shrift of their opponents at the Bernabeu, opening the scoring after 23 seconds through Dominican forward Mariano.
James Rodriguez, one of few familiar names in the starting line-up as Zinedine Zidane made eight changes with an eye on Saturday's Clasico against Barca, added a second with a header in the 23rd minute before Mariano, on his debut, doubled his tally.
The visitors pulled one back through Yerey Gonzalez's magnificent long-range effort just before the break, but Real dominated the second half, Zidane's son Enzo marking his debut with a goal and Mariano rounding off his hat-trick with a header.
Leonesa's Cesar Morgado scored an own goal in the last minute to round off a miserable afternoon as Real, who were disqualified from last year's tournament after fielding an ineligible player, extended their unbeaten run to 32 matches.
"We're ready for what's going to be a great game and we'll start preparing tomorrow," Zidane said, looking ahead to the Clasico. "Tonight we'll rest.
"It's a game we need to prepare well for, but whatever happens, the result isn't going to be decisive," he added.
Real, whose last loss came against Wolfsburg in the Champions League in April, are closing in on the club record of 34 games without defeat, set by Leo Beenhakker's side in the 1988-89 season.
Elsewhere, Joaquin Correa scored a hat-trick as Sevilla thumped fourth-tier SD Formentera 5-1 while Atletico madrid stormed to a 6-0 victory over Segunda B outfit Guijuelo.