Oman Hockey: OHA chief to work with and for expats in hockey development 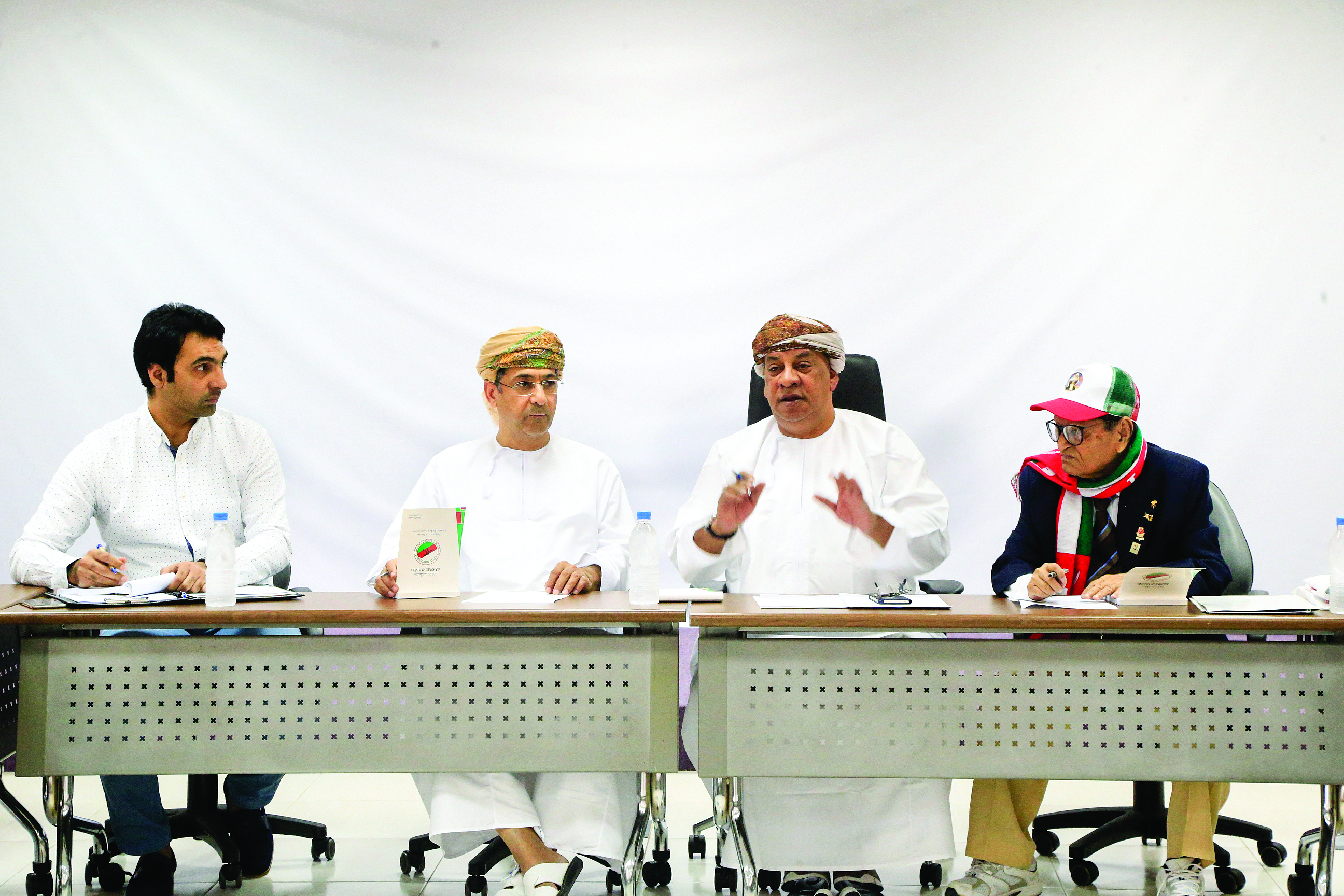 Muscat: "We have made a new beginning," is how the Oman Hockey Association (OHA) chairman Talib Khamis Al Wahaibi described the outcome of his meeting with the hockey patrons and practitioners, organisers and aficionados from the expatriate communities.
The newly-elected chairman of the Sultanate's hockey governing body, whose plans include facilitating the involvement of expats in the development of hockey across the country, met the representatives of various expatriate communities at the Oman Olympic Committee (OOC) conference hall on Wednesday to discuss the future development plans.
With positive vibes emitting from the meeting, the OHA chairman said the ball has been set rolling and it is for all the stakeholders to take up the opportunity and push ahead with the task of developing hockey in the Sultanate further.
Speaking to Times Sport right after the meeting, Talib Al Wahaibi said: "Our initiative received good response. We had a large attendance at the meeting. Everyone had their own opinions and we listened to them very carefully and I hope this will help us in laying a genuine road map for the development."
Al Wahaibi, who was highly impressed by the interest shown by the expat community to work with the OHA for a common goal — which is enhancing the reputation of the game in the Sultanate, revealed a plan to form a committee to look into the expatriates interests.
"Yes, we will form a committee soon under my chairmanship and I personally will look into the affairs," he said.
"I will also visit all of the expatriate schools soon and look into their requirements to introduce the game," said Talib Al Wahaibi, who said his idea of introducing children starting from fifth grade to ninth grade will be extended to expatriate schools as well.
In his post-election comments, OHA chairman had spelt out this idea for the Omani schools and now he is happy to take the scheme to expatriate schools as well.
"My vision is to have OHA recognised tournaments for the schoolchildren — separate for Omani schools and expatriate schools and this will be a reality from next year," he explained.
"At the same time I will also like to have tournaments for private sector companies and with so many hockey playing clubs here it will be a grand success," he added.
"This will also be part of our 2017 programme. Through this I hope to bring in more spectators to witness the game and in turn popularise it," he said.
Muscat Festival hockey
"On the agenda is the proposal to Muscat Municipality to organise a hockey tournament during the Muscat Festival, which will be open for all hockey lovers," said Talib Al Wahaibi.
"I have also set a condition to all private clubs to include Omani players in their teams, but a point to note is no registered Omani club players should be inducted. It is for the private clubs to lure in more Omani players so that they get a chance to play the game," he opined.
"This will help in tapping more talents for the nation's cause," said Talib Al Wahaibi.
Meanwhile on a request for expert guidance technically, the OHA boss requested the school representatives whether they are willing to gain technical expertise from hockey centres at Bausher Club, Seeb Club and Ahli-Sidab Club or also at Ministry of Sports Affairs' centre at Buraimi.
"OHA runs around 12 centres in the Sultanate," he said.
'Dream turning true'
Meanwhile, senior hockey consultant Saiyed Ali Sibtain Naqvi, who led the expatriate representation, said it was a dream gradually turning real.
"My dream was to introduce hockey to the expatriate schools and I am happy that the OHA vision is also the same," said Naqvi after the meeting.
"Expatriate hockey has been alive and kicking for some time now, but the game has not really caught up at the schools. I hope that this initiative will make hockey in schools more vibrant," said the hockey veteran.
Naqvi also hailed the efforts of the OHA chairman and vowed full support to the cause.
"I am sure we will have plethora of activities in the future starting from next year and I am also happy that the chairman has assured support for the schools and other expatriate clubs," Naqvi, whom Talib Al Wahaibi referred to as the God Father of Oman hockey, said.
"The meeting was indeed successful and I am sure the new OHA board will bring the game back to life in Oman," said Kuttappa Bellu of Team Coorg.
Also present during the meeting was OHA General Secretary Dr. Khamis Al Rahbi.
Representatives from Indian School Mabella, Indian School Al Ghubra, Pakistan Social Club, Pakistan School Muscat, Indian School Darsait, Indian School Muscat, Indian School Al Wadi Al Kabir, Indian School Al Seeb, Team Coorg, United Thalassery Sports Club and Pak Falcons Hockey Club.
Meanwhile, Muscat Arabian Foxes Club, who run hockey sessions at the British School under the guidance of a coach from the Netherlands, could not attend the meeting.
In a letter to the OHA, the Muscat Foxes had assured to meet the OHA chairman on another day and also invited him to visit their training venue.
Four-nation tourney
Meanwhile, OHA official Shakir Munir revealed how Pakistan Social Club's representative Aftab Gilani recalled the organisation of hockey match between PIA and Oman on Pakistan National Day and the club's offer to organise a four-nation tournament involving teams from Pakistan, India, Bangladesh and Oman.
The OHA chairman, according to Shakir, asked PSC to chalk out the proposals and assured all support.
UTSC chairman Hashir Ponmanichi referring to the success of their Gulf Hockey Fiesta early this year, proposed an idea of organising a bigger event next year with the support from the OHA.
"The chairman promised all support and also revealed that very soon OHA will be active on all social media platforms," said Shakir.