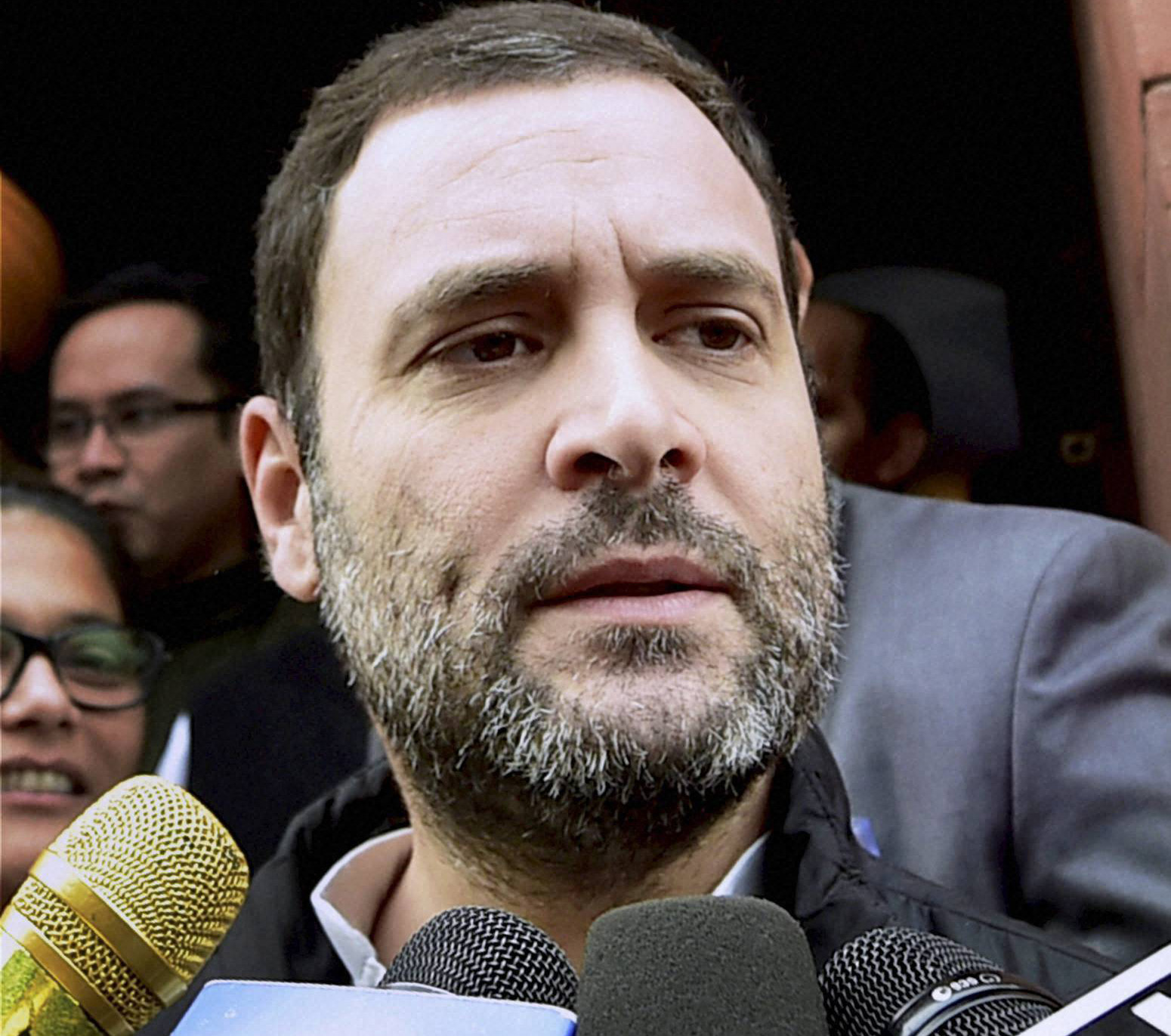 New Delhi: Congress Vice President Rahul Gandhi's official Twitter account was on Wednesday night hacked and some expletives-laden tweets were posted.
Confirming the development, his office said efforts were being made to rectify the problem. After the hacking, Congress raised questions on the digital safety of all Indians and said it reflects disturbing insecurities of the prevalent fascist culture in the country.
Rahul's account was hacked around 8.45pm and some messages with profanities were put out, but these were deleted soon thereafter.
The name of the verified Twitter handle "@OfficeOfRG" was also changed. "Such lowly tactics will neither drown the sane voice of reason nor deter Rahul Gandhi from raising people's issues," Congress chief spokesperson Randeep Surjewala said.
"Such unscrupulous, unethical and roguish conduct of venal trolls to hack Rahul Gandhi's Twitter handle reflects disturbing insecurities of prevalent fascist culture," he said.
Surjewala also tweeted, "Pre-meditated hacking of @OfficeOfRG smacks of a sinister conspiracy to abuse and intimidate. It strengthens our resolve to fight for the Nation." "Hacking [email protected] proves lack of Digital safety around each one of us. Every digital info can be accessed, altered, morphed & modified," the Congress leader said in another tweet.