Explore the history of camels in our special edition! 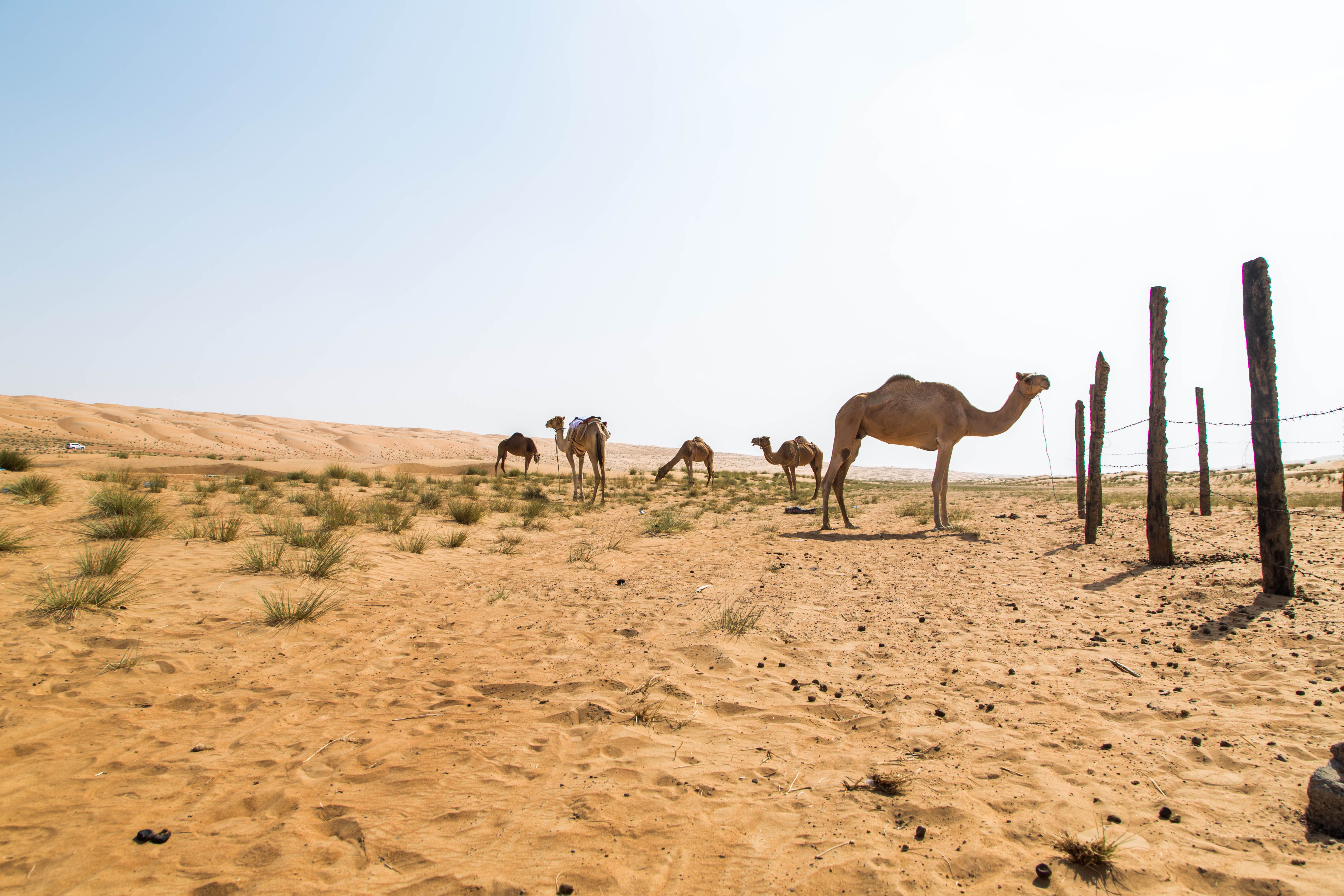 3000 BC: The camel is first domesticated in Somalia and Southern Arabia. 2500 BC: The two-humped Bactrian Camel is domesticated in Central Asia. 1500 BC: The first camel saddle is invented. 1200 BC: Camels begin to be used as pack animals. 843 BC: First use of camels in warfare, at the Battle of Qarqar. 547 BC: The Persians record a decisive victory at the Battle of Thymbra as their camel cavalry help turn the tide of the conflict against the Achaemenid Empire. 480 BC: Camels prove decisive in the second Persian invasion of Greece.
117 AD: Roman Emperor Hadrian recruits camel riders, called dromedarii, into his North African armies. 622 AD: Arab armies extensively use camels as they conquer large parts of Northern Africa, France, Spain, and all of the Middle East to form the Islamic Caliphate. 1162 AD: Mongol leader Genghis Khan begins to use camels as both battle mounts and supply transports during his conquests. 1187 AD: Saladin unites Arabia against the Crusader kingdoms during the Second Crusade, and camels prove to be decisive as they help take back the key city of Jerusalem. 1451 AD: The Ottoman Army forms a camel corps as part of its cavalry division. 1798 AD: Napoleon Bonaparte employs camel cavalry during his Mediterranean campaign. 1855 AD: The United States Camel Corps, an experimental mounted division, is promoted by Secretary of War, Jefferson Davis. 1891 AD: Germany forms the Schutztruppe to protect colonial interests in Africa.
Standing forces include a camel corps. 1912 AD: France creates a mehariste camel corps as part of its African Army, to provide greater mobility against Tuareg insurgents. 1914 AD: The British create the Egyptian Camel Transport Corps to provide supplies to soldiers fighting in the deserts of the Middle East and Africa during the World War I. 1916 AD: The British Imperial Camel Corps is formed to participate in active combat during the World War I.
1920 AD: Italian colonies in Africa recruit Somali camel riders into their forces. 1926 AD: Spain’s Tropas Nomadas, a standing army for Spanish colonies in Africa, is formed, including camel cavalry units. 1931 AD: Jordan recruits a camel corps into its army.
This corps is used to carry out border patrols to this day. 1942 AD: Romanian Axis troops use Bactrian camels to cross the Caucasus wastelands during the World War II. 1965 AD: India’s Border Security Force incorporates camels into its border patrol missions.
—[email protected]