Special feature: All you need to know about breeding in Oman! 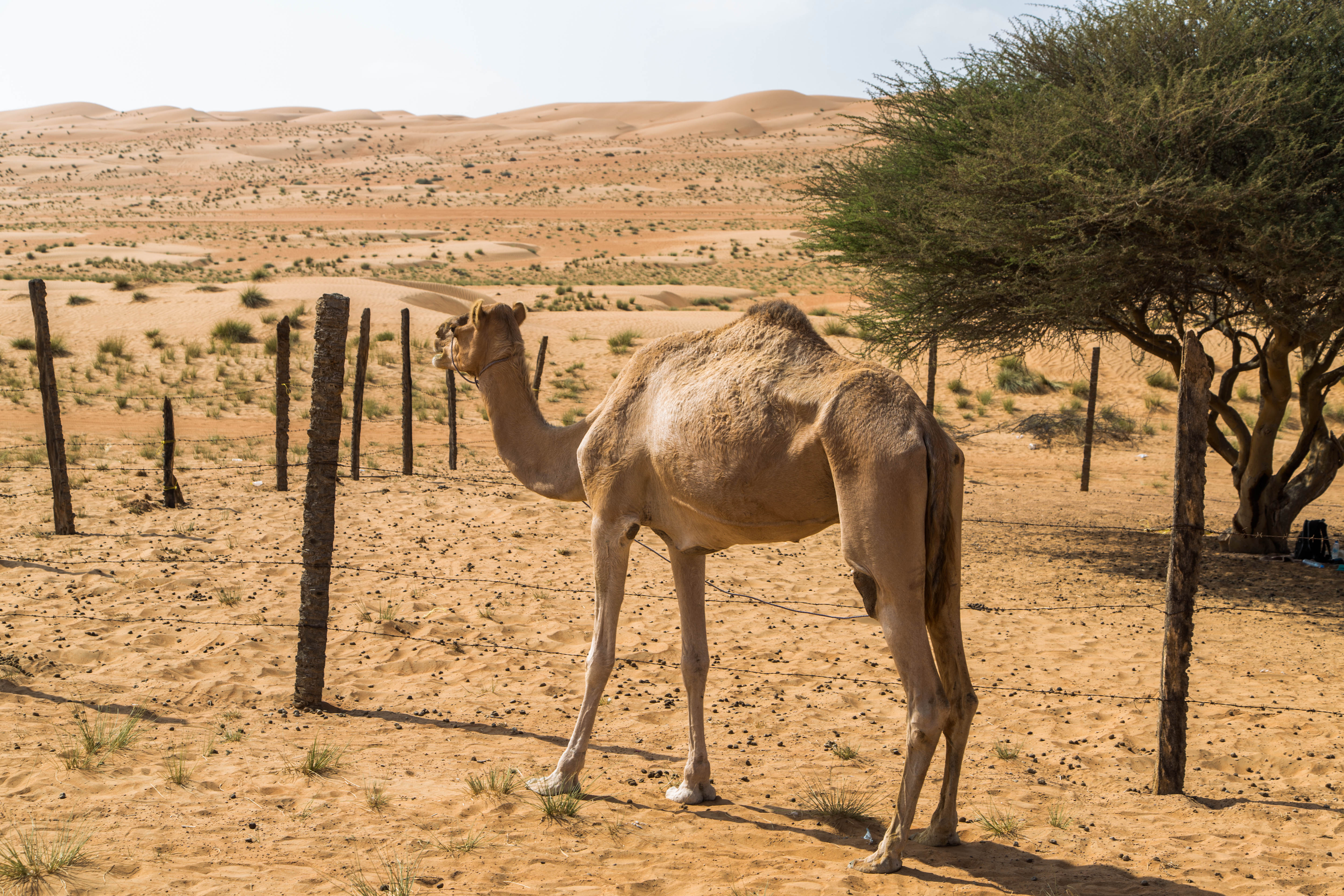 As times change, people have become less dependent on camels as means of transport, but the noble beasts are still treasured for their historic loyalty and contributions to the Bedouin way of life. Bedouin culture has been preserved and continues to be celebrated in the Sultanate, and within it. Breeding and raising camels, whether for racing, showing, or cooking, is a distinct culture, in and of itself, for a select few within the Bedouin communities of the interior regions, especially Ash Sharqiyah, Al Batinah, and Dhofar.

Camels are raised by their owners in special, sandy farms known locally as ozba, where camels eat, sleep, train, and breed in a safe environment, away from metropolis noises. Just a handful of workers dedicate their time attending to the camels’ needs, from food to hygiene to breeding. Whether in dry lands of Sharqiyah Sands or the lush farms of Al Batinah, for those who raise camels, the importance of preserving their art is unparalleled.

Raising the camels is delicate affair that must be mastered through gaining a deep understanding of these animals. This will minimise the risk of camel attacks. Camels, in general, are smart, quick-learning, friendly creatures, unless they are treated badly. If a camel does feel abused or slighted, they have a tendency to hold grudges against those who harm them, sometimes with violent results. Otherwise, they are lovely animals that are a gift to the people of the desert and most owners know every single detail about their camels, from physical traits to personalities, as they attend to their favourite (usually prize-winning) camels themselves.

Camels that are meant to be used for food production, must be fed a daily natural diet of things such as dates, milk, and ghee, which contribute to the meat and milk’s overall flavour. Beauty pageant camels and racing camels have their own carefully crafted diets, the former being fed rich foods to fatten them up, and the latter being fed lighter fare to keep them slender and race-ready.

Oman’s camel breeding farms are massive, which, according to camel experts, allows the camels to feel more natural and at home as they are able to wander around freely and comfortably. There are few words to express how beautiful these places are, appearing like oasis of fresh air and sandy wind surrounded by unique looking trees known as ghaf.

In the wild, camels usually move in a group that consist of one male (the leader) and several females. If a group ends up with more than one mature male camel in tow, the males will battle each other, and only the victorious will remain with the herd. But domestic camel breeding is all about roots. Every breeder knows the vital significance of protecting bloodlines, as negligence can result in hybrid camels, which are not as valuable as those with familial track records that go back to more than 200 years. Breeding is therefore a very controlled process, with camel ancestry closely tracked to ensure mating occurs within the right group, with champion racing camels pairing with other champion racers, beauty pageant winners with other pure blood specimens.

Whether to produce an heir to a champion line or to increase the size of a consumable herd, the breeding process is the same. The male camel becomes mature around the age of four to six years old and its female counterpart becomes mature at the age of three or four. A single male can impregnate up to 70 females during one season, so breeders must ensure the right male camel is with the appropriate female herd.

Munakh al ibl, or “camel season” varies a bit from place to place in Oman, but typically begins in early September and runs through February or March. During this time, male Arabian camels develop a sack that hangs from their mouths and produces a foul, foamy white spit. They start making distinctive gurgling sounds with heads held high whenever approaching a female. This behaviour marks the beginning of a courtship situation for which the male will release urine onto its tail and mark its territory by using its neck to rub a foul-smelling, brown substance to further attract the female, before beginning to mate.

The female camel responds by urinating slowly in front of the male, and rubbing her body against him, which will maximise his arousal. The female will then sit in a kneeling position and the male will approach and mount. The mating lasts for ten to twenty minutes.

There are countless breeds of these single-hump dromedaries around the Middle East, but in Oman the three main types include Omaniyat, which originated in Oman and are known for sporting a khaki brown palette; Sudaniyat, which feature a beautiful white coat and, as the name suggests, have roots in the dry lands of Sudan; and Hainiyat, which come from Saudi Arabia, Yemen, and the Southern part of Oman and feature a dark brown, almost black-coloured pelt.

Within these breeds are bloodlines of camels known to produce beautiful-looking baby camels, which end up being prize-winning kings and queens of the camel beauty festivals. These camels require special attention and feeding and are quite expensive, with price tags soaring above one hundred thousand rials for those from well-known champion lineages.

Racing champion bloodlines are also highly valued, with camels bred to be lighter in weight, and smarter, than the average dromedary. Bloodline is important for the status of the racing camels, but, according to experts, any camel from any breed or bloodline can be trained to become a champion, though it requires extreme efforts. Other camel breeds and bloodlines without prestigious roots are kept mostly for human consumption, touristic purposes, or breeding. The females have a better chance at avoiding the slaughterhouse as they produce milk and more baby camels. The males, whose muscular composition yields more edible flesh, are more typically used for their meat.

Some camel owners feel that the heritage of raising camels is fading, due, in their opinions, to the modern ambitions of the younger generations, but in many parts of the Sultanate, this fascinating tradition remains vibrant through families of camel breeders who come from long camel-raising bloodlines of their own. They continue to pass their knowledge on to their children, honouring the noble craft of their ancestors and the noble beasts upon whom our people’s survival so depended. —[email protected]